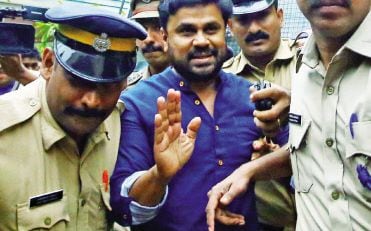 Is Kerala’s judiciary setting the clock backwards? So would one think looking at the verdict of the trial court acquitting Bishop Franco Mulakkal and some developments related to the sexual assault case in which Dileep is an accused. They have put back the progress in preventing sex crimes in India, at least by four decades. It is terrifying because rape is the fourth most common crime in India.

A rape is committed every 15 minutes in India, with 77 cases reported daily in 2020. In more than 90% of about 28000 rapes reported in 2020, the perpetrators were close relatives of the survivors. India has another unique feature; three juveniles get booked for rape every day on average! Kerala’s record, too, is terrible. It had the highest number (2023) of rapes in South India, according to the National Crimes Record Bureau report of 2019. According to an India Today study, after Rajasthan, Kerala has the highest reported rapes during the last ten years. Kerala registered a 256% rise in cases in 10 years, going up from 568 to 2023 during 2009-2019. Kerala has the highest number of rape cases in proportion to the population. It is the only South Indian state among India’s ten states which are the “most dangerous to women’, accounting for 4 out of every five rapes! The usual argument of high reporting in Kerala, to explain (as in Sweden) the increased incidence, isn't enough to wash the stain off.

However, flawed or inadequate judicial actions have often pushed society to understand crimes better and formulate sounder laws. Examples are the Supreme Court’s shocking verdict in 1979 in the historic Mathura rape case and the brutal rape of Nirbhaya in Delhi in 2012. These events had led to the two landmark amendments, which fundamentally transformed India’s rape laws in 1983 and 2013. They made laws more sensitive, fair, and empathetic to the survivor and tougher towards the perpetrators. Hope such positive consequences result from the recent developments too.

Rape was defined as a crime in the Indian Penal Code (Sec 375) as early as 1860. Quite astonishingly, no reform was thought necessary for this law for more than a century since. This, despite the enormous changes that occurred during this period in society’s perspectives, values, and knowledge. Interestingly, it took an insensitive and judicial verdict related to the custodial rape of a 15-year-old tribal orphan -Mathura- of Maharashtra to significantly reform the definition of rape and the criminal procedure to book culprits. Mathura was raped inside a police station at Desaigunj in the Gadchiroli district by two policemen on 26 March 1972. Two years later, a District Sessions court found the policemen not guilty.

The Sessions judge opined that Mathura was a “shocking liar,” was “habituated to sexual intercourse,” her testimony, “riddled with falsehoods and improbabilities”. Though she was subjected to sexual intercourse inside the police station, it was not rape but committed with her “voluntary consent.” The court also pointed out that no trace of semen was detected in her pubic hair or vagina though it was present on the girl's clothes. She was also charged “habituated to sex” by the notorious “two-finger virginity test.” This is a procedure in which a doctor would insert two fingers into a survivor’s vagina to check if the hymen was intact or not. If the vaginal muscles were found lax, she would be seen as “habituated to sex” even before the rape! This unscientific and unethical procedure was common and legal in rape cases until banned in 2013.

However, this verdict was overturned later by the Nagpur bench of the Bombay High Court, which found the accused guilty of rape. The court sentenced the accused to 5 years imprisonment. But the shocking climax came in September 1978 when the Supreme Court overruled the High court, acquitted the accused again, and endorsed all the accusations made against Mathura by the sessions court. The apex court’s bench consisted of Justices A.D. Koshal, Jaswant Singh, and P.S. Kailasam said, there were "no marks of harm" on Mathura's body, there was "no battle" on her side, and because she did not "raise an alert" for aid, she "consented to intercourse."

Before going further, let us recall some Sessions court findings that acquitted Fr. Franco Mulakkal. Judge G. Gopakumar found the complainant not a “stellar witness,” and her testimony unreliable and full of contradictions. She had not mentioned rape or penile penetration in her earlier complaints but only being forced to share the bed with the bishop. The court found it true that her hymen was torn, but surmised it could be from the defendant’s earlier illicit sexual relations, discussed in length in the verdict. Indirectly, they all formed attitudes unacceptable in rape cases- victim-blaming, slut-shaming, antecedent-checking, and penetration-obsession. In August 2021, the Kerala High Court said even simulation of a sensation akin to penetration constituted rape. According to victimology, ‘secondary victimisation’ include victim blaming, disbelieving the victim's story, minimising the severity of the attack, etc.

The apex court acquitting the accused in the Mathura rape case led to protests and demonstrations. The first women’s forum against rape was formed. A few days later, four law professors led by Upendra Baxi wrote an open letter to the Supreme Court protesting the concept of consent in the verdict. But the courts refused to relent.

Eventually, the central government amended the law, which came to be known as the Criminal Law ( Amendment), 1983. Critical provisions in the new law were:

The Franco judgment has already made many Dileep fans excited. Even after five years, his case is pending trial despite the Supreme court’s 2019 directive to complete it in 6 months. How easily about 20 witnesses retracted their statements has made many lose hope. The prosecution complained of not being allowed to sufficiently interrogate the witnesses who turned hostile. In a rare development, both the survivor and the state government alleged bias on the Special CBI Court judge -a woman- who heard the case. Their requests to remove her from hearing the case were rejected by both the High court and the Supreme Court. The two Special Prosecutors even quit in protest. All the new legislations and protocols on rape cases laid down by the UN and the Government of India have insisted on the vital need for the courts to be exceptionally sensitive and considerate to the survivors. The prolonged and insensitive judicial and criminal proceedings in a rape case are termed ‘re-traumatization’ and ‘second rape’ by victimologists.

The nun and the actor remain professionally marginalized and socially isolated. Perhaps, forever. Fr Franco has returned to Jalandhar to resume as bishop. Dileep’s latest comedy was a hit. Mathura, the girl “whose rape changed the country,” vanished from society, unable to suffer the stigma like all others who faced the same plight as the Sooryanelli and Vithura girls. In 2013, in the aftermath of the Nirbhaya incident, CNN’s Moni Basu travelled 9,000 kilometres and tracked Mathura at the Maoist-dominated Nawargaon village in Chandrapur. No outsider except Seema Sakhare, the renowned women’s activist who supported her throughout, had visited her until then. She lived with her husband and two grown-up sons and made bamboo baskets for a living. When asked whether she felt sad or happy, Mathura said; “What’s important is that I have survived.”