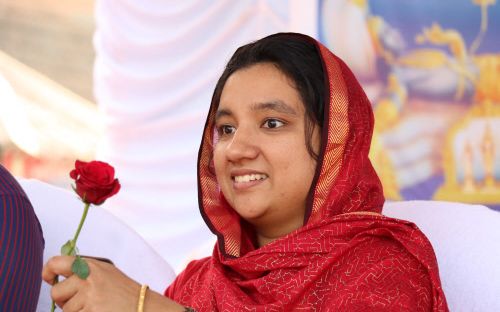 It is surprising how Udaya’s Kunchacko dared to cast a youngster who was just one film old, as the hero in his new movie Visappinte Vili in 1952. And that too by relegating Thikkurissi Sukumaran Nair to the second rung even when he had just emerged as the Malayalam industry’s first superstar after his Jeevitha Nauka became the first runaway hit in Malayalam just a year ago. But during the shooting, Thikkurissi took a liking for the 26-year-old newcomer and advised him to change his rustic name – Abdul Khader - which didn’t suit a young hero. Moreover, it was a “blatantly Muslim” name too. It wasn’t easy for Muslim-name holders to succeed in cinema those days even in Malayalam despite its tradition of religious harmony. Notwithstanding the presence of many Muslim titans in the Hindi industry, Yusuf Khan had become Dilip Kumar, Mumtaz Jehan changed to Madhubala and Mahjabeen Bano to Meena Kumari. So Thikkurissi rechristened Abdul Khader with a fashionable and filmy name - Prem Nazir. It didn’t sound too Muslim either. The rechristening proved auspicious as Visappinte Vili was a big hit and Prem Nazir became Malayalam’s all-time superstar with even a Guinness record for playing the hero in about 700 films. The trend of Muslim actors changing names continued for many years more with Abdul Rehman becoming Sudheer or even Mammootty getting rechristened as Sajin by director PG Viswambharan in 1981. Sajin soon became a sensation and when he was star enough to dictate terms to the industry, he reclaimed his real name, quite rustic and very Muslim. Today Mammootty reigns the screens even after crossing 70 years. Bollywood too changed in due course despite its majoritarian instincts, with the three Khans reigning supreme. And Malayalam’s new-gen cinema today is virtually run by immensely talented Muslim actors, directors and technicians.

This is not the story of Malayalam cinema alone. But an ongoing saga of a renaissance sweeping across almost every sector of Malayali life for the past 2-3 decades. Be education, business, art, media, or sports, Muslim community which once had lagged in all these fields are now leading them.The primary engines for this economic and educational advance are closely interrelated; Gulf migration and the unprecedented embrace of modern education, especially by women. The progress of the once laggard Malabar has also played a major role in the upsurge. Certainly, times have significantly changed since the Sastra Sahitya Parishad Study (2006) which found Muslims lagging in income, employment, education and land ownership. Studies show that the increase in family income and “general awareness’ resulting from Gulf migration has triggered upward educational mobility of Muslim women.

While blatant communalists, Archbishops, or even many ordinary people -bitten in various degrees by the global virus of Islamophobia- connect Muslims with everything bad -terror, narcotics, smuggling, sex-crimes, population explosion or even fake love - they willy nilly turn a blind eye to this veritable talent boom happening in the community.

Despite efforts by reformers like Makthi Thangal from 19th century onwards asking Muslims to embrace modern education, it largely remained ‘haraam’ until now for the community, clutched by clerics. Women were denied even basic education. But look what is happening now. In the Union Civil Service examination (2020) results announced yesterday, the 63rd rank was bagged by Dheenah Dastageer, a Kerala Muslim woman. In 2019, the only Muslim candidate among the top 100 ranks was Safna Nazaruddeen from Thiruvananthapuram. Ranked 45, Safna, daughter of a retired police inspector, cracked the country’s most prestigious examination in her maiden attempt and is now an Assistant Collector at Malappuram. Among the 42 Muslims who cleared the 2019 examinations, four were from Kerala. Dr. Adeela Abdulla, who is director of Women and Child Development Department, was the first Muslim woman from Malabar to join IAS in 2012.

In the NEET 2020, six Muslims from all over India were among the toppers of which three were from Kerala. Among them, S.Ayesha from Koyilandy ranked 12th emerged first in Kerala with 99.9 percentile marks. In the JEE- A, 2020, Kerala’s topper was Ibrahim Suhail Harris from Kasargode. In Kerala Engineering Entrance tests, two friends -Niaz Mon (3rd) and Taslin Basil (7th)- from the same village in Malappuram - were among the top ten. This year Kerala Muslim students have won some of the world’s highest international scholarships. Most significantly, most of these youngsters are from ordinary families and have studied in ordinary schools.

Justice Sachar Committee (2006) had found that Muslims in Kerala were better off in fields like education and employment than in other states. According to an all-India study of Minorities by the Centre for Policy Analysis (2018), Muslims were economically and educationally better in Kerala although their population growth rate was higher than other communities. Study by the National University of Educational Planning and Administration (2015) showed school enrollment of Muslims in Kerala was five times more than national average in primary and upper primary classes and three times in secondary and higher secondary classes.

This resurgence owes much to the all-out efforts by various community organizations -including the most orthodox among them- to encourage higher education among members including women. They have set up centers to guide students for entrance exams like JEE-A, CAT, GATE etc, UPSC tests, to join top universities like JNU, DU, AMU, etc. (This has also ensured the students remain within their fold). This has increased Muslim enrollment to these centers in the past few years although it still remains lower than others.

Most spectacular in this resurgence has been the march of Muslim women. Now they outnumber men in most colleges and many Muslim managements run women’s colleges. According to a study by U. Muhammed (2007), in the list of SSLC rank holders from Muslims during the previous 15 years, the top three were women. In most Entrance examinations to professional courses, Muslim girls excel boys. Among those who qualify for Islamic Development Bank scholarships more than 40% are girls. According to Muhammed, today Kerala’s Muslim women discuss their problems openly in public forum without inhibition and analyse social problems in their own perspective.

This has also started worrying some orthodox elements to complain that many men are compelled to remain unmarried because girls are demanding spouses with equal levels of education. Muslim League’s first-ever decision in a quarter-century to field a woman candidate in the last assembly elections, the recent revolt by Haritha women and its suppression by League leadership too are signs of the churning within the community.

The field of business also, Muslims now figure in the top league more than ever before. Malayali Muslims are the wealthiest Indian businessmen in the Gulf region. Gulf migration has benefitted the Muslims not just economically and educationally but also brought fundamental changes in their outlook. According to scholars Filippo Osella and Caroline Osella, Kerala’s Gulf-based businessmen are at the forefront of India’s post-liberalization economy. “Amongst Kerala Muslims, the Gulf stands for the successful blending of Islam with cutting edge technologies and modern business practices. It demonstrates that scientific or technological knowledge need not be in contradiction to Islam but can be mastered to generate wealth and for well being of Muslims and strengthen Islam. Regardless of individual migrant’s experiences, Dubai’s skyscrapers, Kuwait’s sprawling oil refineries, and Riyadh’s opulent neighbourhoods stand for a world wherein Muslims are both wealthy and self-confident in stark contrast to the circumstances of many Muslims in India.”

The current hostility of the Catholic Church towards Muslims goes deeper than emotional symbols like Love Jihad and Narco Jihad. Besides global and national causes, it stems from the fundamental changes that have occurred in the past few decades in the society’s power equations. Christians who have traditionally enjoyed pre-eminence in fields like education, industry, etc are being challenged by the resurgent Muslim community. There has also been a setback in recent times for the Christian-dominated sectors like the plantations etc. Added to it is the Muslim population growth that has helped them replace Christians as Kerala’s second-largest community and Christian population is estimated to be half the present share by 2050. Though once seen as a result of Christians’ progressive outlook, the population fall has alarmed the Catholic Church which is openly encouraging families to have more children offering financial incentives. Exacerbating the situation is also the growing sectarianism and intolerance within all communities, religiosity, consumerism, etc- all fuelled by the flow of big money -both legal and otherwise-from abroad.

Last week made me immensely proud as an Indian ...

The repressive and the ridiculous. The twin ...