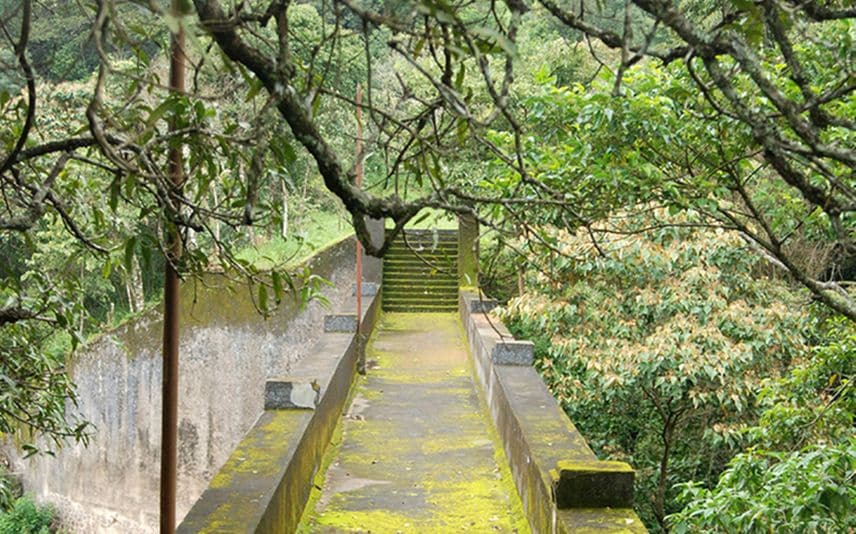 The imbroglio over tree cutting at Mullaperiyar's baby dam appears to be the latest flip-flop from the LDF government. Each element of this gaffe looks ridiculous. The thoroughly ill-informed and contradictory statements made by two ministers (one of them with a penchant for faux pas), Chief Minister's stubborn silence, the inept handling of the issue by senior bureaucrats, and finally, the way the state cabinet washed off its hands by canceling the permission to cut trees and put all the blame on a hapless officer who was suspended. The cancellation could also bring fresh troubles like further angering the Supreme court which has never seen Keralam's case favourably. Particularly so, since Keralam had conveyed to the apex court about the permission it granted to cut trees in October. Following Keralam's latest flip-flops, Tamil Nadu (TN) has now approached the apex court which is likely to lead the court to be more hostile to Keralam. The fiasco also points to a mysterious volte-face on the traditional position held by Keralam on Mullaperiyar prior to the two Chief Ministers' scheduled meeting on the issue in December. Opposition parties and the media in both states as always are busy working up the Mullaperiyar hysteria. The government's flip-flops instead of taking a firm stand appear resulting from its plight caught up between the Supreme court's opposition to the state on one side and the emotional hysteria kicked up by the Opposition parties fuelled by the media.

Now it is clear that the Keralam officials were fully party to all the following steps that led to the permission to cut 15 trees standing near the baby dam, a long-held demand from Tamil Nadu (TN) but stonewalled by Keralam. Look at the tell-tale chronology.


The mystery in this saga: How could the state's top bureaucrats meekly permit something which was seen as dangerous to Keralam for decades? Hence the difficulty to rule out the role of higher political authorities. Has the present political alliance between the DMK and CPI(M), the ruling parties in TN and Keralam respectively, played a role in Keralam's diluting its stand on the Mullaperiyar? Is it why Pinarayi remains silent? And, why Thomas alone is made a scapegoat when all the decisions were taken with the direct involvement of officials higher to him starting from Additional Chief Secretary Jose?

Mullaperiyar's baby dam forms one of the three key structures of the 130-year-old masonry gravity dam built across the Periyar river. The 240 feet long and 8 feet wide baby dam, built parallel to the main dam, is meant to absorb the water from it when it crosses 116 feet. The 52 feet-tall baby dam is the weakest part of the entire Mullaperiyar structure as it stands without a proper basement but on a bare 3 feet-high concrete plank.

The baby dam is exactly what TN has traditionally used as its shield in the Supreme Court against Keralam's complaints about safety. TN has always claimed that the baby dam ensures Mullaperiyar's safety as it would absorb all the excess waters if the water goes up in the main dam. And for Keralam, it was vice versa. Proving the baby dam unsafe was the only way Keralam could establish its concerns about the dam's safety. Until now, all efforts put up by Keralam for decades to prove Mullaperiyar dam unsafe have fallen flat before the Supreme Court.

For TN, the only obstacle to reinforce the baby dam has been the presence of 27 huge trees standing on the adjoining 42 cents lying within Keralam's Project Tiger territory. Once these trees are felled and the approach road built, TN could transport labourers, equipment, vehicles etc required for strengthening the dam and eventually raise the water level to 152 feet, Keralam's worst nightmare.

The baby dam's weakness was identified as early as 2010 and TN has been since trying to get it strengthened to reinforce its claim about the dam's safety. But Keralam has successfully stonewalled all its efforts, raising environmental reasons. In 2019, the AIADMK government even approached the Supreme Court seeking intervention. Though the apex court didn't pass any order on this specific request, it had dismissed Keralam's fears about safety and the requested decommissioning the dam in 2006 and later by a constitutional bench in 2014. It had also upheld TN's claims to raise the water level up to 152 feet -full reservoir level- once the dam's safety was ensured. The apex court-appointed Supervisory Committee on Mullaperiyar subsequently directed Keralam to facilitate TN's demand to cut trees. Keralam filed an affidavit in court saying no trees could be felled from the forest land without permission from the Central Ministry of Environment and Forests and Central Wildlife Board. Keralam had also withheld power connection to the dam citing possible electrocution of wild animals.

The long-running story appears changing from this year after the present governments took over in Tamil Nadu and Keralam. The DMK and CPI(M) being political allies too appears to have thawed the traditional icy relations between the two governments. Some in Keralam believe that the political camaraderie between the two states, the compromise over tree cutting, etc may even lead to TN agreeing to Keralam's long-pending demand for a new dam in the proposed meeting between Stalin and Vijayan next month. Opposition parties in both states - AIADMK, Congress, and BJP- are using this to the hilt by blaming the respective ruling parties of selling out their states' interests (although Congress is part of the DMK-Left alliance in TN).

The first major breach this year came when SC Chairman Gulshan Raj sent a letter in February to Jose, SC member, and Additional Chief Secretary. It called for a joint examination (JE) at the dam site to consider TN's request for permission to cut trees near the baby dam. Taking an about-turn from the past, Keralam heeded SC's directive and partook in the JE in June which even identified the trees to be cut. This was followed by an inter-secretarial meeting on 17th of September 2021, attended by secretaries from both the states (14 from Keralam including Jose and Sinha) which finally decided to go ahead with tree felling. On 1st November, a meeting at Jose's chamber attended by top forest officials further discussed the permission issue. On November 5th came the controversial permission order signed by Thomas. In the meanwhile, Keralam has reinstated the power connection too for the dam. Quite a mysterious about-turn.