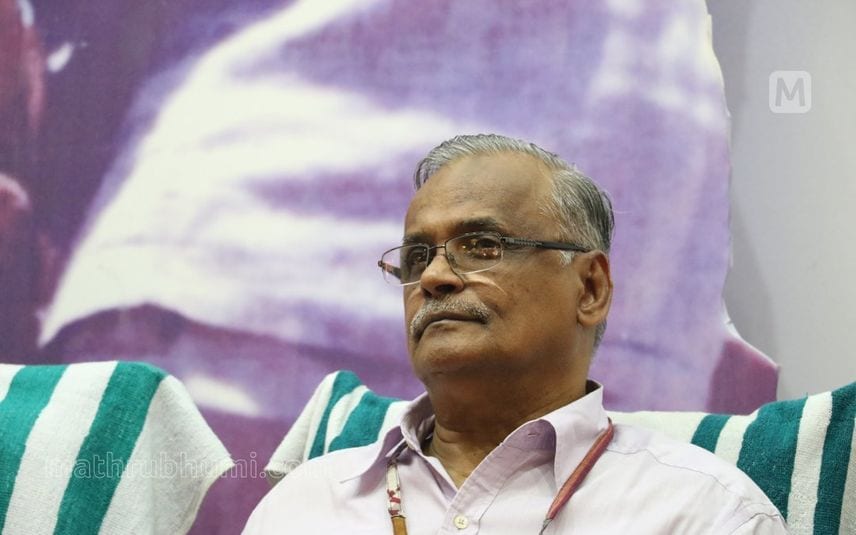 The Year 1987 holds a special place in Kerala’s history for establishing political stability, which was notoriously absent in its volatile coalition politics. That year, the K.Karunakaran-led United Democratic Front ministry completed its full five years. Except for the CPI-Congress ministry of the dreaded Emergency period, it was the first state government to achieve this landmark. Excluding the first (and last too) single-party ministry led by EMS Namboodiripad, which the central government dismissed in 1959, all others were toppled from within by smaller constituents. It was CPI(M)’s 1982 decision not to ally with parties having religious connections like the Muslim League and Kerala Congress that ended Kerala’s Ayaram - Gayaram politics. The Left’s “secular turn” was endorsed by Kerala in the 1987 assembly elections and brought to power the Left Democratic Front with no “communal outfits” in its fold. Unfettered by internal pressure games, the EK Nayanar government could launch important projects like the full literacy programme and the District Councils. Since then, no government collapsed from internal sabotage, although the Left’s much-trumpeted “916 secularism” is a past story.

Though not necessarily related, 1987 brought Kerala another form of stability also. Kerala, which was one of India's poorest states until then, for the first time started overtaking the national average in growth rate and has since ensured a place among the prosperous states. “1987 was a turning point in Kerala’s take-off to a high growth trajectory,” says Dr. K.P.Kannan in his recent comprehensive paper on Kerala’s sixty years of development. “With a history of export orientation for its primary and secondary sector products, Kerala's economy got further integrated into the global economy through its international labour migration. One could hypothesize that the centre of gravity of the Kerala economy shifted from the national context to the global context dictated by employment-related events in the oil-rich Gulf countries,” says the paper published by the Centre for Development Studies (CDS), Thiruvananthapuram of which Kannan is an honorary fellow and former Director.

Kannan, one of Kerala’s most consistent and brilliant chroniclers of development history, embarks on a revisit of the famed Kerala Model of Development (KMD). He pursues Kerala’s movement from the “lopsided” first stage of high Human Development (HD) and Low Growth (LG) economy at the birth of the state six decades ago to a “virtuous” second stage of high HD and also High Growth (HG) by now. The KMD, which has been a hot topic of debate even recently between international scholars like its supporter Amartya Sen and opponents Aravind Panagaria and Jagdish Bhagvati, has proved durable and defied the Cassandras who predicted its imminent doom. But even as he gives due credit to KMD’s unique achievements in human development and economic growth, Kannan is unsparing to its flipsides and “spectacular failures.” He calls for immediate corrections if the impressive Kerala story is to be sustained for the coming generations. The COVID outbreak in the backdrop of back-to-back floods and other environment-related exigencies constitutes new challenges and also marks a structural break in Kerala’s three-decades-long growth path. The visible withering of the Gulf as a job haven for Kerala’s young and a source of sustenance for the state economy is another stark truth.

The term KMD came into universal currency after a study made by the CDS in 1975 under its founder and Kerala’s best-known economist, Dr. KN Raj. Commissioned by the United Nations, this study brought to light Kerala’s unique achievements in human development while it remained backward in economic growth. This challenged conventional economic theory, which said the former would only follow the latter and hence the reference to the unique Kerala Model. Neither the CDS study referred to a Model nor does Kannan call it so as it didn’t follow a preconceived plan like India’s Five Year Plans.

“At the most, one could say that Kerala’s specific developmental trajectory evolved out of its social and political processes over a long period of time starting from even before the formation of the State of Kerala” observes Kannan who had earlier published the first comprehensive analysis of Kerala’s development experience and economic stagnation, (“Kerala Economy at Crossroads”) in the Economic and Political Weekly in 1990.

The most dramatic development in Kerala economy, which the studies up to 1990 couldn’t foresee, was the sustained economic growth the state achieved during the “virtuous” second stage (1986-87 to 2017-18) in contrast to the stagnation faced by the “lopsided” first stage (1960-61 to 1986-87). Although the growth in the second stage was the multiplier effect of remittances sent by the Malayali ex-pats, Kannan argues that the labour migration also resulted from KMD with its long history of public investments in education and health that made Malayalis capable of tapping opportunities abroad.

Kerala’s HD from the early years onwards has been due to the initial conditions or the historical path of public investments in the social sector (from the pre-independence days through the modern period) expanded through public demand/action and realised through mass mobilisation. But it was insufficient to energise the productive sectors like agriculture or manufacturing. Therefore, despite higher economic growth and per capita income, the second stage also suffered from a similar lopsidedness the first stage witnessed- the pathetic performance of the productive sectors. The virtuous chain of public investment-public demand- human development- demographic transition- labour migration-remittances-economic growth could animate only the Services sector and very few sub-sectors of manufacturing. There were multiple reasons -both real and perceived- for the continuing stagnation that include institutional and structural factors like agro climatic factors, high population density causing land shortage, apathetic political parties and bureaucracy, militant unionism, resistance to technology, high wages etc.

Consequently, large sections of workers in the farm sector and the traditional industries were rendered jobless. Neither the equally dormant manufacturing nor skill-oriented service sectors could accommodate them. This led to Kerala’s chronic failure- high levels of unemployment. The buoyant services sector, which kept expanding the education sector, made educated sections form the largest among the unemployed.

Kannan tellingly underscores a striking dimension of Kerala’s unemployment/underemployment- women’s joblessness. Even as men’s unemployment shows signs of declining, women’s situation has worsened. The major reason, according to Kannan, is the “unfreedom” faced by Kerala women in terms of mobility across spaces, etc. While men went abroad for jobs, women could not, due to the inherent social, cultural, and gender hurdles, notwithstanding their much-trumpeted achievements in education, health, etc. Kannan sees this as one of Kerala’s four “spectacular failures.” The others are; 1. Declining tax collection efficiency and resultant loss of public resources that keep capital investment at low or negative levels and debts mounting. 2. Public sector as a drain on public resources. 3. Exorbitant cost and time overrun of infrastructure projects. Kannan's statistics are pretty startling and put its onus directly on the political leadership and the bureaucracy. The abject failure of the state to tap Kerala’s tax potential even to a reasonable level is shocking. Ironically, this was worse when the state started attaining more growth and taxable revenue. The enormous cost and time overrun of hydro and irrigation projects prove the gross inefficiency and corruption that dog Kerala’s governance. Kerala’s other associated and collective failures include low representation of women in positions of power, relative economic and social backwardness of scheduled castes and tribes, growing economic inequality etc.

Kannan points out an interesting feature that has seldom been holistically discussed before. Kerala’s vocal public sphere’s contribution to not just human development but also economic prosperity. This led to the emergence of a vibrant social-cultural economy with multiple institutions in the fields of education, healthcare, art and culture, libraries, trade unions, decentralisation of governance, people’s science movement, cooperatives, non-profit organisations etc. Kannan cites contemporary studies that make “a powerful case for promoting arts as part of economic development that could, inter alia, take away the tag of “backward” while referring to the developing countries in an economic sense”.

Sadly, none of the political, religious or community organisations which were instrumental in making much of the state’s past achievements appear concerned now about the new issues that stare at Kerala. As I finished Kannan’s paper, another significant article by the other consistent chronicler of the Kerala economy, Dr. MA Oommen, appeared. The venerable economist sounds an alarm bell about Kerala’s dangerous slide into a serious fiscal crisis with falling revenue, galloping expenditure, deepening debt trap, collapsing capital formation, declining public action, ecological overkill, social failures, and policy miscarriages. According to Oommen, many of these ills could be corrected with the necessary will. But isn't 'will' our most elusive Holy Grail?