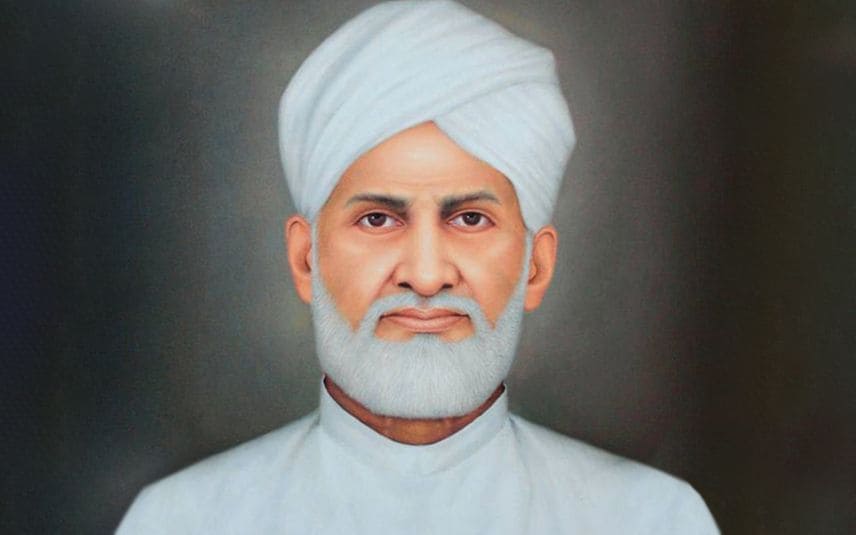 He was the bedrock for Swadesabhimani Ramakrishna Pillai to launch his legendary blitz on the corrupt, authoritarian and casteist Travancore royal government and campaign for democracy, equality, rights of the backward castes, and public accountability for the first time in the region.

When the conflicting interests of the media’s management and its editorial policies continue to threaten independent journalism, universally even today, he, as the owner, allowed unfettered freedom to his editor, who provoked every powerful force of the day.

Unmindful of his economic, religious and social interests as a wealthy Muslim theologian, he defied enormous threats and temptations to continue with Swadesabhimani and paid a heavy economic and personal price to end as a pauper.

He refused to reclaim his press and other machinery imported at high cost after they were impounded by the royal government, saying he wanted them only with his exiled editor.

Even when opposing Western modernity’s universalism and refusing to reject his religion, he supported modern education, including for women, industrialisation, and business entrepreneurship, to the shock of his community’s orthodoxy.

Even as he wanted the Muslim community’s specific needs to be addressed, he staunchly supported the national movement and admired Gandhi.

Even as he called for a return to Islam’s basic tenets and its original simplicity and purity, he challenged the hegemony of priests and their fatwas and strived to modernise the community.

Unlike the dominant, orthodox sections in his community, he stood for women’s rights and held that Islam reserved equal status to women, contrary to popular belief.

He lived and worked for religious harmony and friendship, but vehemently resisted any attempt to demonize Muslims, even when it came from prominent poets like Kumaranasan and Vallathol.

Though he never had formal schooling, he was a polyglot who knew five languages and was a profound religious scholar before he reached 30.

These rare attributes ensure Vakkom Abdul Kadir Moulavi (1873-1932) a unique place in Kerala’s history. One could hardly come across many who could match the legendary Vakkom Maulavi, not just in Kerala but outside. No less than Prof. Gomathi Amma, Swadesabhimani K. Ramakrishna Pillai’s daughter, once called to remember and respect the Moulavi before we remember her father. B. Kalyani Amma, Swadesabhimani’s wife, recalled the relationship between her husband and Moulavi as not just friendly but as a supreme example of fraternal bonding. Looking at Moulavi’s eventful life on the occasion of his 150th birth anniversary, one can only marvel at the tasks he undertook even though he rarely stepped out of his little village. Yet, we have barely recognised this man, one of our greatest renaissance heroes who helped us live a far better life.

Even more unfortunate than our not recognising them enough is how they are made targets for hate and calumny by many of us, even many years after they have passed into history. And in more malignant ways than when they suffered during their lifetime. Ramakrishna Pillai, who laid his entire life fighting the political, bureaucratic, and social authorities for the causes of equality, democracy, and the upliftment of backward sections, is now being called an upper caste bigot. Pillai, who relentlessly critiqued his own Nair community led by Sankaran Thampi, the crassly corrupt and all-powerful manager in the royal palace, was recently bundled along with the same Nair barons like the great litterateur C V Raman Pillai who supported the deceitful Diwan P. Rajagopalachari's exile of Pillai. Recently a scholar carped that Ramakrishna Pillai had attacked Sadananda Yogi, a charlatan “godman” of the period fawned by the elite of the time, because the latter provoked the Nair elite!

Moulavi, too should be turning in his grave as the very Orthodox clerics he challenged more than a century ago now wield control over the Muslim community. Obviously, time appears to be moving backward. The Samastha Jamiyyathul Ulema recently spoke against Muslims being excited about the World Cup football championship, saying it amounted to unIslamic idol worship. Women are being denied even basic human rights, as shown recently by a cleric openly rebuking the organisers of Samastha, the orthodox Sunni group, for the public felicitation of a Muslim girl who scored high marks! This cleric contended that calling a girl on a public stage was unIslamic. At the same time, Maulavi quoted the Quran as early as the beginning of the last century to explain how Islam professed equal status to women with men. According to Dr. Jose Abraham of Montreal’s Concordia University, whose doctoral thesis is on the socio-political and religious thoughts of Vakkom Maulavi, his objective was not the “re-localization” of the Mappilas but their modernization and globalization. Dr. Abraham says Moulavi’s goal of modernization was to bring up material progress, modern education, freedom of expression, the status of women, and awareness of rights and responsibilities without diluting religious faith and practices.

Moulavi’s memory is further tarnished even by the so-called progressive religious organisations that claim his legacy. The Mujahid groups fought and charged each other for propagating superstitions after a sick youth was given “miracle healing by a djinn” at a Mujahid centre, for an exorbitant fee in Kozhikode. They hardly bothered how they have made more vulnerable a community that was being viciously “othered” and profiled by the Hindutva forces that hegemonise India now.

However, the greatest disservice being done to Swadesabhimani and Moulavi is the sorry pass that independent and fearless journalism has come to in contemporary India. Never before in independent India’s history has journalism become so risky, that is, if it chooses to speak truth to power. Even when democracy was non-existent, and the royal power was unchallengable, all that the Thiruvithamkoor government did to Swadesabhimani was exile him from the tiny kingdom. But if one Snehalata Reddy died inside a prison during the Emergency, today Gowri Lankesh, Govind Pansare, Narendra Dhabholkar, and MM Kalburgi are shot dead at their homes. Not directly by the state but by vigilantes who have taken up its agenda. Venerable intellectuals and poets like Vara Vara Rao or Anand Teltumbde languish in jails without trial or die like the octogenarian priest Stan Swami. Journalists like Siddique Kappan stay imprisoned even after bails come limping. Advani said journalists crawled when asked to bend during the Emergency. Today they crawl even before they are asked to bend because, as a wag said, we have freedom of expression but no freedom after expression.