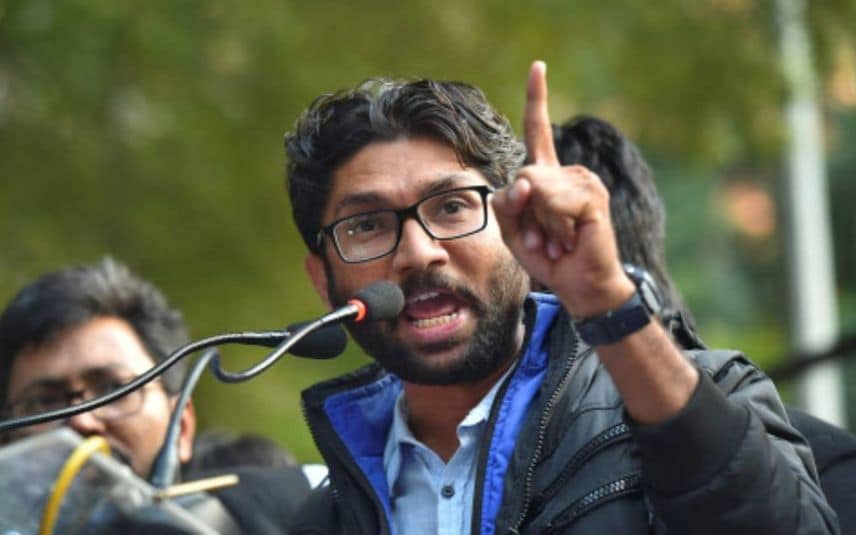 Indian democracy is no mushroom that sprouted all of a sudden after last night's rain. It has been nourished with the blood and life of the people who would rather die than live on their knees. The act of Aparesh Chakravarty, the Barpeta district judge, proves that no one can take away this liberty easily.

This article is about the historical intervention by Aparesh Chakravarty, the district sessions judge of Barpeta. The service, delivered by this man on April 29, 2022, will be remembered till the very last day of independent India. The act of granting bail to Jignesh Mevani, the dalit leader from Gujarat, who supports Congress, is what has endeared Aparesh Chakravarty to the democratic world. When a district judge upholds the flag of righteousness and justice by demolishing the castle of lies constructed by the Assam police, the robust and vibrant landscape of democracy is unravelled before us.

Mevani's arrest has strengthened the allegation that India is fast turning out to be a police raj. The Assam police arrested Mevani from Palanpur in Gujarat, around 11.30 pm on Wednesday, April 20. The provocation was Mevani's tweet which had referred to PM Modi. And someone in Assam filed a complaint against this.

According to news agencies the tweet requested PM Modi, who considers Godse as God, should appeal for peace and harmony against the communal clashes in Gujarat. Assam is ruled by Himant Biswa Sarma, the BJP leader who would go to any extent to protect the clean image of PM Modi. So, it was not at all astonishing that the police, which is directly under the control of the CM, would travel all the way to Gujarat and arrest the provocateur. The present and future of Indian democracy is deeply reflected in this act of police.

Mevani was presented before the judicial magistrate at Kokrajhar the next day. The Supreme Court of India has reminded several times of the seminal role played by the subordinate judiciary in protecting the rights of the citizens. It is all about the basic sense of justice that the judge should apply his mind while handling the complaints and that the accused could be sent to jail only as a last resort.

“Bail is the rule, Jail is the exception,'' is the dictum of our judicial system. But the subordinate judiciary quite often fails to uphold this motto. They give in to the pressures of the regime and act according to wishes and fancies of the government. It is in this context that leading legal luminaries like Dushyant Dave raise the critique that the subordinate judiciary acts like puppets in the hands of the executive. The Kokrajhar magistrate too remanded the accused to police custody as usual.

The lies of police

After three days of custody, the judicial magistrate gave bail to Mevani. But he was re-arrested by the Assam police within minutes. The charge was that Mevani had assaulted a woman police officer in the police jeep while he was being brought to Kokrajhar from Guwahati. It was in this case that the Barpet police produced Mevani before the district and sessions judge.

But, here the police got it wrong. Aparesh Chakravarty was not a puppet. He didn't handle the case mechanically. He examined the fire and other circumstantial evidence thoroughly. He applied his mind and that made all the difference. The castle of lies fell flat then and there.

We shouldn't miss the observations of Aparesh: ''No sane person will ever try to outrage the modesty of a lady police officer in the presence of two male police officers and there is nothing in the record to hold that the accused Shri Jignesh Mevani is an insane person.''

One must appreciate the humour sense of the judge. See, how smartly he dismantles the defense constructed by the police. This is what satire is! The judge pointed out that the FIR and the statement before the magistrate don't match. The lady officer stated that Mevani used abusive language. But when the judge asked the complainant if she knew Gujarati, the mother tongue of Mevani, she replied in the negative.

Aparaesh Chakravarty told the police that the case was fabricated. He gave bail and liberated Mevani on a Rs 1000 bond noting that the assault case was 'manufactured' to hold Mevani in detention for a longer period, abusing the process of law. The judge also requested the Guwahati High Court to consider this issue as a PIL and investigate the police excesses in Assam.

The failures of Congress

We must recall that the police atrocity was against an MLA, that too a supporter of the Congress, which is the main opposition in the country. An MLA has many privileges. If such a privileged person falls victim to police atrocities then it becomes a pertinent question when and where the common man of the land will get justice. In fact, Aparesh Chakravarty's act was an answer to this question as well.

PM Modi was there in Assam when Mevani was being transported to the jail and the court. Modi came over to Assam to inaugurate a number of development projects. Ratan Tata, the patriarch of Indian industry, also attended a function along with the PM. Even as the news of Mevani's arrest was going viral across the nation there was no response from the PM.

The PM need not be told that development means not just the expansion of basic infrastructures like roads and bridges but the evolution of mind as well. The post and power of the PM won't collapse in the face of a tweet. It would be really nice if Modi looks at the visual of him prostrating in front of the parliament eight years ago when he made his maiden visit to the sanctum sanctorum of Indian democracy. That will tell him that the response against the tweets of Mevani must be along the lines of democracy and not through the deployment of police raj. 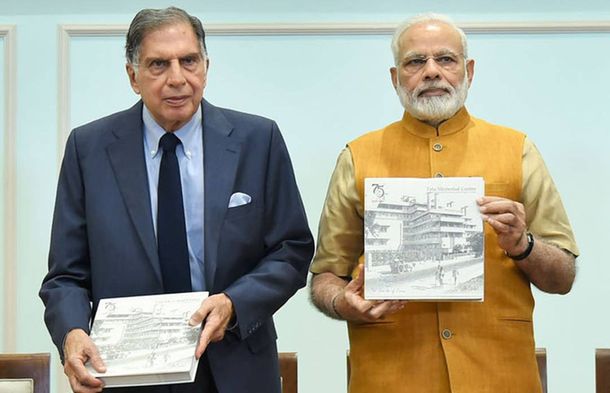 It must also be said that the silence of Ratan Tata, in the face of such atrocities, is not at all a welcome act. Congress, as the national opposition party, should have risen to the occasion to mobilise public opinion against the injustice meted out to Mevani. The critical times simply demand that. Just remember how Eshwarappa, minister in Karnataka state, had to resign in the wake of corruption charges. The leadership of DK Sivakumar and Siddaramaiah had a significant role in this development. They pursued his resignation relentlessly and mobilised public opinion against the corruption. No idea when Congress will get such leaders at the national level.

Indian democracy is no mushroom that sprouted all of a sudden after last night's rain. It has been nourished with the blood and life of the people who would rather die than live on their knees. The act of Aparesh Chakravarty, the Barpeta district judge, proves that no one can take away this liberty that easily. Three cheers to Indian democracy, three cheers to the Barpeta district judge!

K-Rail: The rise of disaster capitalism in Kerala

CPM state meet: No VS between Pinarayi and party

UP elections: It's Yogi vs Secularism

Indian democracy is no mushroom that sprouted all of a sudden after last night's rain. It has been nourished with the blood and life of the people who ..

State communalism, the left and the killings at Palakkad

The Kerala state minister MV Govindan and ADGP Vijay Sakhare tell us that there is no point in blaming the police for the brutal murders in the Palakkad ..

K-Rail: The rise of disaster capitalism in Kerala

Naomi Klein, the Canadian writer, wrote 'The Shock Doctrine: The Rise of Disaster Capitalism' in 2007. Naomi exposes one of the most brutal faces of capitalism ..

Politics is no supper. It is not a part-time job. If you are into politics, if you are leading a political party it requires all your attention and focus ..

Kozhikode: Minister P Rajeev has clarified on his statement that Women’ s Collective in Cinema (WCC) did not want Hema Commission report to be released ..