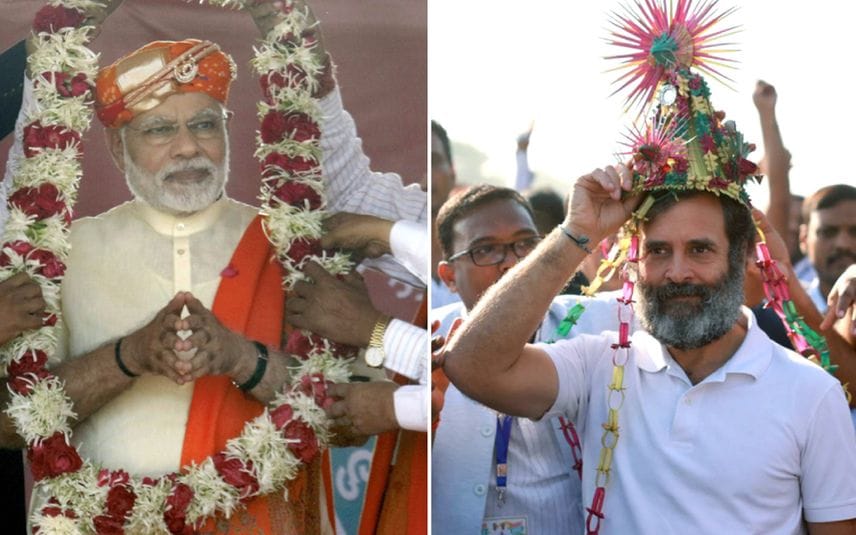 The outcome of the Gujarat election was a foregone conclusion. The only question was whether BJP could break the record of Madhav Singh Solanki under whose leadership Congress won 149 seats out of 182 in 1985. It looked like Congress was fighting a losing battle by all means. The first signal emerged when the party decided to leave Gujarat out of the trajectory of the Bharat Jodo Yatra. The entry of AAP and AIMIM meant that Congress would lose its bastions in this election. Both Kejriwal and Owaisi were looking towards eating into the vote banks of the grand old party.

Bhupendra Patel may be the CM of Gujarat. But there is only one leader for BJP anywhere in India. And that face belongs to none other than Narendra Damodardas Modi. In one of the election campaign rallies in Gujarat Modi declared that this Gujarat was his creation. There were no protests from any of the Parivar outfits. To BJP Gujarat means Modi and every BJP regime is simply a reflection of the supreme leader. It was Keshubhai Patel, who captured power for BJP In Gujarat in 1995 for the first time. Modi was sent out to Gujarat in 2001 in the wake of the Latur earthquake to replace Keshubhai. '' We can't afford to lose Gujarat.'' was the message that Atal Behari Vajpayee gave Modi then. Modi kept the word and now he is telling the Parivar that he has scripted a historic victory for the saffron party that can never be forgotten.

BJP didn't have any opposition in this election. When Rahul was asked why Bharat Jodo Yatra skipped Gujarat he replied that the yatra didn't aim at capturing power in one or two states. '' It is part of the long battle against RSS. '' That was Rahul's cryptic response. Maybe Jayaram Ramesh, the new theoretician of Congress could remind Rahul of the British economist John Maynard Keynes' evergreen words: '' In the long run we all are dead.'' The significance of elections in a parliamentary democracy can not be underestimated by any political party. If Congress is not interested in winning elections in the states the party must quit parliamentary democracy and start vipassana centres to teach self-control and meditation.

There is no doubt that all the credit for this historic victory goes to Narendra Modi. It is pointed out that RSS doesn't promote worship of the individuals. The Sangh had no issues in taming LK Advani when he praised Jinnah. But, when it comes to Narendra Modi the Sangh has different parameters. The Sangh knows the difference between Modi and Advani.

This election was crucial for Modi in many ways. Sometimes the voters might turn against a party even if the opposition is weak. BJP can no longer get away with putting all the blame on Congress and Nehru for the failures in the governance. The new generation voters in the state have not seen any other government other than the one by BJP. They want more jobs, good governance and global outreach. It is in this context that the victory in Gujarat is sweeter for BJP. The voters have had very few options in this election in Gujarat. Bengal witnessed the collapse of CPM in 2011 when Mamata emerged as a strong opposition leader who could capture the imagination and minds of the people. There is no such leader in Gujarat as far as the opposition parties are concerned. AAP has not much to feel elated over their performance. They have eaten away part of the Congress vote bank. The goal of becoming the national alternative to Congress and BJP is still a far away dream for the AAP. They have miles to go before they can rest. Gujarat has also shown that when there is the original Hindutva party the scope of a b team is very limited. The Sangh Parivar must be realising that the historic victory demands some kind of introspection on their part. How long can the Parivar depend on one leader's charisma to sustain its onward journey?

It is a proven fact that Modi and BJP can be reined in if there is a strong regional party with a popular leader at its top. Mamata In Bengal, MK Stalin in Tamilnadu, Navin Patnaik in Odisha, Ashok Gehlot and Bhupesh Bhagel in Chhattisgarh have proved this beyond doubt. The victory of Congress in Himachal Pradesh too stands testimony to this fact. Unless and until Congress succeeds in building up strong leaders at the regional level the party's prospects look bleaker and bleaker.