Both CM Pinarayi and CPM state secretary Kodiyeri Balakrishnan should keep this response of EMS close to their chest. Prof Kunhaman's essay which refers to this classic riposte must be circulated across all party offices of CPM in the state. 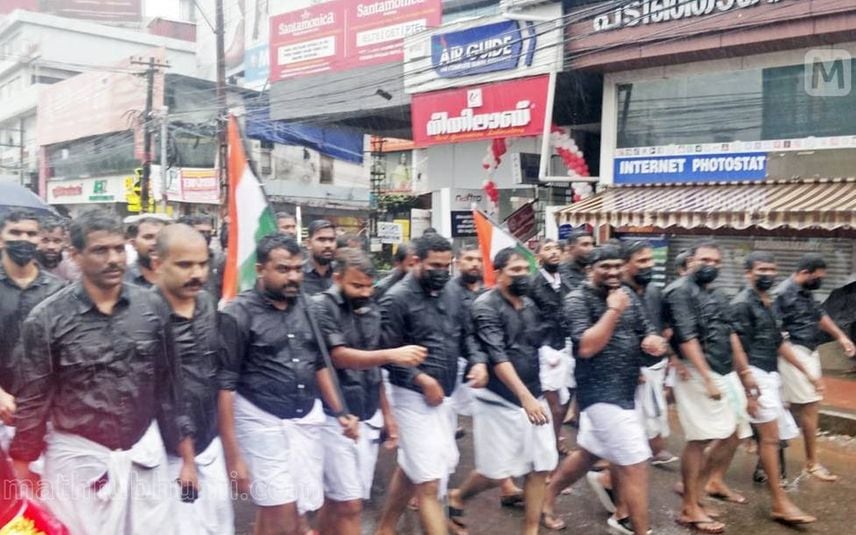 This happened way back in 1897. A young monk was delivering a speech in a hall near Marina beach in Chennai (then Madras). The monk raised a query during the oration: ''What is the colour of God?'' The audience looked another curiously, ''Has God any colour?'' Then, a 19-year-old boy raised his hand from among the crowd. ''The colour of God is blue.'' ''Why? Why do you think God is blue?'' the monk asked. ''God is infinite. The colour of infinite is blue. Look at the sky and the ocean. Both are blue. And we shouldn't forget that Sri Krishna is blue. So, if God has a colour that should be blue.'' The young monk was quite happy to nod his head as a sign of approval. That Young boy's name was Raja Gopalachari. And the young monk was Swami Vivekananda.

If ever democracy has a soul, we will have to call it 'dissent.' There is no democracy without the liberty to dissent and differ. That was precisely the reason why Rosa Luxemburg, the German revolutionary, said that the greatest freedom is the freedom to disagree. Rosa deferred with Lenin, the central point of the Russian revolution. And Lenin was not kind in his critique of Rosa. But Lenin knew the greatness of Rosa and he pronounced it publicly. 'Eagles may at times fly lower than hens, but hens can never rise to the height of eagles.' Rosa Luxemburg was mistaken on the question of the independence of Poland; she was mistaken in 1903 in her appraisal of Menshevism; she was mistaken on the theory of the accumulation of capital; she was mistaken in July 1914, when, together with Plekhanov, Vandervelde, Kautsky and others, she advocated unity between the Bolsheviks and Mensheviks; she was mistaken in what she wrote in prison in 1918 (she corrected most of these mistakes at the end of 1918 and the beginning of 1919 after she was released). But in spite of her mistakes, she was-and remains for us-an eagle. And not only will Communists all over the world cherish her memory, but her biography and her complete works (the publication of which the German Communists are inordinately delaying, which can only be partly excused by the tremendous losses they are suffering in their severe struggle) will serve as useful manuals for training many generations of Communists all over the world.'

Lenin came forward to accept the perspective of MN Roy on the approach to the revolutionary activities in British colonies with the same spirit. It was the spirit of accepting dissents and rejoinders. But Joseph Stalin and Mao traversed a different path that was alien to criticism.

Let us come back to black. There is a great page in the life of Periyar who said that black is the colour of democracy and dravidam. Once a group of people called on Periyar at his residence. When they entered Periyar's room they saw a young man who was sitting with his legs crossed. The visitors found it an act of insult to Periyar. They complained to Periyar that the young man's act was disrespectful. The response of Periyar to this complaint is nothing but classic: ''How does it affect me if he places his leg upon his leg?'' This is the essence of tolerance and democracy. ''I have disagreements with what you say. But I am ready to go to the gallows to protect your right to disagree with me.'' This definition of democracy by Voltaire too points to the spirit of democracy.

Won't break neither Pillaiyar nor coconut

Annadurai started Dravida Munnetra Kazhagam (DMK) in 1949 due to his reservations with Periyar. If we want to know how beautifully one can handle the layers of agreements and disagreements we should know the debates between Periyar and Annadurai. When the mutual dislikes reached their zenith, Periyar turned to K Kamaraj, the Congress leader, and upheld him as the true representative of Tamils.

When Dravidar Kazhagam founded by Periyar EV Ramasamy organised protests to break the idols of Lord Vinayaga in 1953, Annadurai, sought to distance himself from the actions of his mentor by making a famous statement: 'I will not break Pillaiyar, nor will I break a coconut to make an offering. Periyar came down heavily upon women's craze for jewellery on the occasion of the wedding of his nephew Sampath. Writing in a lighter vein in 'Dravida Nadu' later Anna said that the bride kept on looking intensely at Periyar's green ring when the leader was speaking against the craze for jewellery. In spite of all these voices of differences Anna's first act, after assuming charge as the CM of Tamilnadu in 1967, was to call on Periyar to seek his blessings.

The democrats in Tamil Nadu still cherish the saying of Anna that 'the rival garden's jasmine is also fragrant.' Anna was to address two meetings in Trichy in 1946. Both meetings were well publicised and much effort had gone into organising them. Anna came to know that Somasundara Bharathi, the prominent Tamil scholar was to address another meeting precisely at the same time and on the same date. He asked the organisers of his meeting to postpone the same. But they were unwilling. They told Anna that Bharathi's meet was decided after they announced Anna's programme. And they told Anna that a huge crowd would come to listen to him. Anna's response was this: ''That is why I am asking you to cancel the meeting. If no one would go to Bharati's meeting, wouldn't it be insulting to him? It is more important to respect elders than to propagate the party. It is only because I had accorded respect to elders as the foremost act that those who are older than me call me ''Anna'' with all their heart, and respect me.''

I am no God not to be criticised

We have to recall here what Prof M Kunhaman's narration is about EMS and C Achutha Menon. Achutha Menon came to Kerala University to participate in a seminar. A question-answer session followed the seminar. Prof Kunhaman, who was teaching at the university then, asked some pertinent questions which were critical of Achutha Menon’s political stand. The professor, who presided over the session, told Kunhaman not to ask further questions, fearing that they might annoy the guest. Kunhaman retorted that no one can bar him from asking questions as this has been guaranteed by the constitution's Article 19. Achutha Menon smiled at Kunhaman's wisecrack. Kunhaman received a letter from Achutha Menon after two days, which invited articles from Kunhaman to a journal edited by Achutha Menon. This is what we call democracy and tolerance.

Kunhaman had a similar experience with EMS at the AKG centre. One day, after a seminar at the centre, EMS and VS Achuthanandan came to Kunhaman and enquired why he remained silent during the discussion. Kunhaman told EMS that most of the comrades didn't like his criticism of EMS. The response of EMS reminds one of the classic replies of Periyar: ''Kunhaman, you must criticise me, I am not any God not to be criticised.''

Both CM Pinarayi and CPM state secretary Kodiyeri Balakrishnan should keep this response of EMS close to their chest.Prof Kunhaman's essay which refers to this classic riposte must be circulated across all party offices of CPM in the state. Criticism only reinvigorates persons and institutions. Those who are always surrounded by people who keep on praising will never grow. CM Pinarayi Vijayan must listen to his critics and be ready for introspection. He has been given a second term by the people of Kerala. That should make him all the more confident to face the storm of allegations raised by Swapna and Co. It will be foolish on the part of comrades to think that they can hunt down those who disagree and suppress those who are not on their side. The Comrades must remember the political adage of Annadurai that the rival garden's jasmine is also fragrant.

On 30th May, the eve before the Thrikkakara ...

There is an interesting remark by Sonia Gandhi ...

Indian democracy is no mushroom that sprouted ...