A Language in search of social justice

A particular experience haunts me. During the Vinayaka Chaturthi celebrations (festival of Lord Ganesh) in Vizianagaram in 2003, a child fell into the water during the immersion ceremony. No one jumped in to save him because he was a safaikarmachari. Touching him would pollute them. The child drowned. I can never forget this. To others, our lives have no value. They would rather die than touch us. Bangaru Sridevi/ tr Deepthi Sukumar from the OUP Anthology of Telugu Dalit Writing

Open the gates of Philosophy, wrote the Dalit intellectual Ravikumar in Tamil, inviting us to look at writing by dalits–writing that is as political as that of any repressed minority. At roughly the same position that women’s studies occupied thirty years ago is a body of work which is growing every day. Today, the date of birth of Dr BR Ambedkar seemed a good milestone to share some thoughts about Dalit writing which, if it does not make a difference is to quote Dr Ambedkar himself, might well be “like building castles on dunghills.” Oppression of the poor and the powerless occurs everywhere in the world but discrimination based on birth is unique to caste-bound India. This inequality, based on utterly false notions of purity/ impurity, and racial superiority/ inferiority is perched on a fear of defilement so deep-rooted that it prevents most traditionally raised Indians from realizing what a national catastrophe caste-practice is. Because non-Indians cannot understand the complexity and significance of caste, the image of Indian society that circulates outside the country is one informed by compassion, tolerance and peace. For those born outside the pale of caste this is an utterly bitter falsehood. Even today Dalits in most villages may not use certain streets or wear chappals in sight of caste Hindus. If the list of atrocities is like a nightmare, for the victims it is a waking nightmare. A point every concerned citizen must note is that crimes against Dalits committed in earlier times show the oppressors ill-treating their victims with no sense of wrong doing. Nor did Dalits have any way to resist. Today atrocities against Dalit have intensified because they are no longer voiceless and are asserting themselves. Even if there are no physical attacks, the chief block is not just casteist beliefs sanctioned by tradition, but indifference to the lifelong damage it inflicts. No thanks to caste-based choices, India stands artificially divided with not only everyone looking down on someone else but also utterly convinced that it is right to do so.

The persistence of caste is a wound that no one can heal and it hardly shocks anyone in our country that it exists. Is it in our blood? In our bones? What is saddening is that large sections of the population, particularly in cities, grow up utterly unaware of the misery of caste and the damage it does. It might cross the mind of a parent when it comes to securing a place in a college or course for her child, but not otherwise. Despite constitutional guarantees of social and political equality, large sections of India conform to the ideals laid out in ancient Hindu texts. The basis of the caste inequalities is rooted in the dharmashastras, or religio-legal texts. Consequently, religion sanctions social inequality. Like poverty, like homelessness it is another fact of our country about which most people feel they are not responsible.

“Oh but I am not casteist---!” is the claim one hears from persons who neither care to look at the problem in the face nor inform themselves about it. 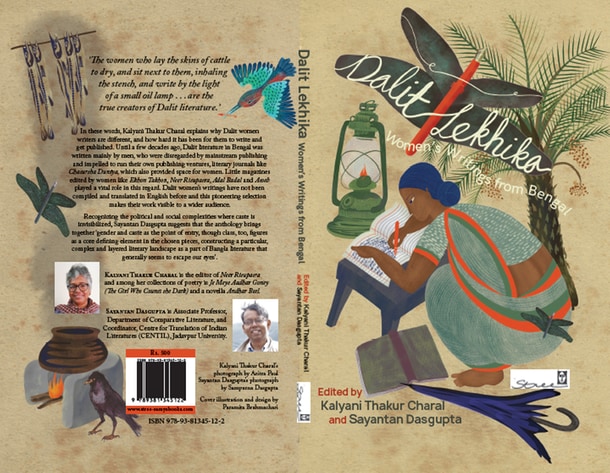 Every sixth Indian is a dalit. The term comes from dala, a word in Marathi, derived from Sanskrit, it means “of, or rooted in, the soil”. Extend the meaning and you get “broken and powdered down.” It is a term for people who are, in the social vision of most Hindus, beyond touchability. They are as far as possible, to be avoided. Even the hint of a remote ancestry is enough to scotch the possibility of marriage or rental space. Most Indian villages still operate the “two-glass system” in hotels and tea-stalls, meaning separate glasses for dalits. Dalit Christians, who form 65 percent of the Indian Christian population, often have separate pews and cemeteries. Dalits are “Scheduled Castes” and “Scheduled Tribes” (“untouchables”), neo-Buddhists, labourers, destitute landless peasants, those who have been exploited politically and economically, and viewed as impure by birth–all in the name of religion. A dalit has been uprooted, degraded, deprived, dispossessed, and has a scarred if not fractured identity. Dalit Sharankumar Limbale summed this up when he wrote: Am I a caste Hindu? But my mother is an untouchable. Am I an untouchable? But my father is a caste-Hindu. I have been tossed apart – half within society and half outside. Who am I? To whom does my umbilical cord join me?

The term “dalit” was first used by B R Ambedkar, India’s first law minister, who challenged India’s centuries-long history of inhuman treatment. India has since had two Dalit presidents, Dalit chief ministers, and ministers of State, but innumerable Indian villages still have electrified walls to keep lower castes off upper caste-owned land. Others expect low-caste bonded labourers to sleep in the graves they dig for their masters, where they then have mud sprinkled on their faces. As Irathina Karikalan asked, Is it fair for the village to graze on the very family that grazes its cattle?”

Dalit writing is a direct outcome of the caste system. It is subversive. It provokes the guardians of caste and class. It goes hand in hand with political activism, and with critical and sociological debate, authentic first-hand documentation being the best medium of protest against exploitation. Dalits reject Sanskrit epics, myths, and mainstream Hinduism, favouring pre-vedic folklore, based on oral traditions. They oppose the literature of a past that excludes the agony of the dalit.

For a long time, caste rebellion and protest were kept out of print, owing to the prejudices of publishers and opinion-makers–upper castes, all. But now, they are subjects of study and discussion. As Dalit Urmila Pawar declared: Let everyone write about their lives. It can be criticized later, but to say that it should not arrive even before it has, is not correct.

Though languages such as Marathi and Tamil have material going back at least a hundred years, dalit writing in English translation has only gained popularity in the 20 years. The Ambedkar centenary and the upheavals following the Mandal Commission gave it an impetus it had earlier lacked in art, and particularly literature. Rocketed into visibility by English, a body of work long slighted by a culture of denigration became one of the fastest growing branches of Indian publishing.

It isn’t often that many works, all of which strike at the heart of a social issue appear within a relatively short span of time. Even if they do they may not impact either the established literary idiom or the community of readers. But when they do, history describes it as a literary movement. Dalit memory texts, autobiographies, memoirs might be said to have achieved this making it impossible for a sensitive reader to return to old values. 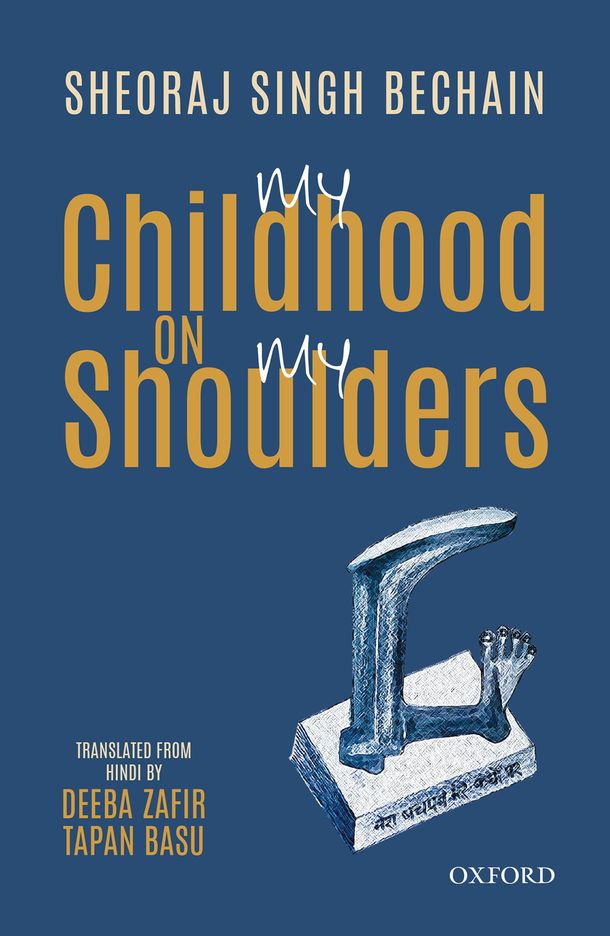 The first breakthrough, three decades ago, was the explosive realization that not only could first-generation writers amongst Dalits reach publishers but that there was a market for the writing. Driven by a sense of personal and historical injustice, autobiographies by Dalits carrying bewilderment and anger became a form of liberation, a kind of activism and a way of confronting an oppressive system.

Most autobiographies glorify the self but not so Dalit memoirs and testimonies. Each is in a sense a history of a community or a village. To cite a few, seven years before Karukku, Sharankumar Limbale published Akkarmashi (Outcaste) and preceding him by two years was Baby Kamble’s The Prisons We Broke written at least 20 years before it was published. Ten years after Karukku, Urmila Pawar published Aaydan. The Weave of My Life. In 2004 Shri Lakshman wrote about how the struggle to just stay alive, clinging to self-respect became a daily challenge. His autobiography Samboli! set in Kathriguppe village, Karnataka, goes beyond caste. It winds determinedly through resentments and humiliations and describes Dalit-welfare activist groups where he finds apartheid of a different kind and exploitation of Dalits by their own communities. Dalit or otherwise, what Ambedkar called graded inequality informs one of the best autobiographies titled My Childhood on My Shoulders. (Sheoraj Singh ‘Bechain’) wherein the very family for which a ritual is undertaken is humiliated when preparations for the feast begin: no vessel from their household is accepted by the cooks who are themselves Dalits. Of late, however, Dalit fiction has flown powerfully into the publishing arena with collections like How Are You Veg (Telugu), Dalit Lekhika (Bengali) Bheda ( Odia ) and When I Hid My Caste ( Marathi).

While the cultural rage of dalit politics at home still has no national network of solidarity neither has education created an all-India grid of Dalit writers. Raising political consciousness (dalitchetna) has become a literary goal but at no meeting of dalits from different regions have I heard any Dalit writer from one part of India either discussing or referring to writing by a Dalit from a language other than theirs. Meanwhile, atrocities against Dalits intensify as they threaten generations of privilege in their attempts to merge with mainstream society. 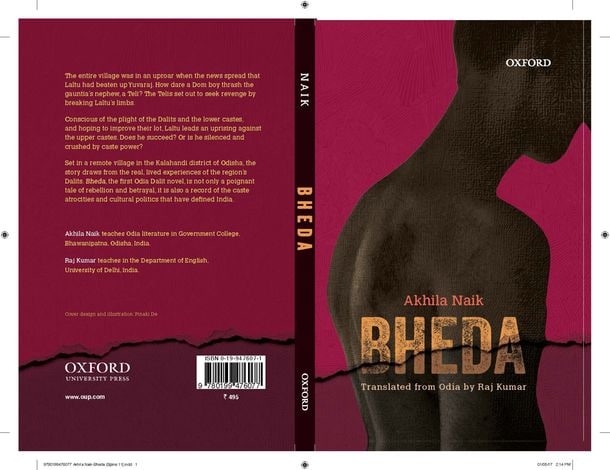 Ninety-seven years ago at a public function Poikayil Appachan sang “I see no alphabet about my race, there is no one to write our history” (tr. Catherine Thankamma). Today, using myth and folklore and freeing themselves from the realist mode, there are a hundred voices and more to write Dalit history.

Some literary critics warn of Dalit writing becoming mainstream and losing its power to shock. Until Dalits themselves master English well enough to be confident about translating themselves, the present glass-sharp irony, (doubtless encouraging from of view of emotional integration), will continue: nine out of ten English – language translators of Dalit writing are upper castes.

A particular experience haunts me. During ...

From the clay tablets of ancient Mesopotamia ...