Science has kept pace with the virus, but human behaviour remains stuck in the past. 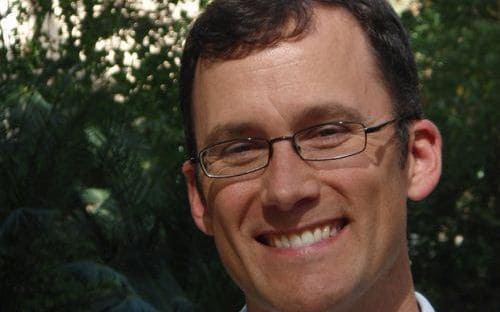 The first pandemic of this millennium is entering its third year with a variant of the virus that started circulating in Wuhan in 2019 now infecting millions of people across the globe.

The plan for herd immunity through vaccination and natural infections seems to have failed as no country has managed to achieve it. Those who achieved to give a high number of jabs are now going in for booster shots and even a fourth shot in the case of Israel to stop the Omicron variant.

People who got natural immunity through earlier infection are also not faring better. A survey in Britain showed two-thirds of people recently infected with the Omicron variant had already had Covid previously.

One consolation is that the rapidly spreading Omicron seems a milder version than Delta. Some predict that the coronavirus, which terrorized the world for the past two years, claiming nearly six million lives, could eventually mutate into milder versions and remain with us as an annoying but persistent illness like the flu.

This prediction has a downside. The optimism it exudes leads to a general lowering of the guard in many societies. Moreover, as the pandemic stretches into the third year, fatigue of lockdowns, travel restrictions, and economic chaos fuels resistance to containment measures.

The hypocrisy of those in power who party, dance, and celebrate in private while dictating strict rules for the general public, is not helping a bit. It cuts across parties and continents as CPM Thiruvathira, election rallies in the north and UK leader Boris Johnson’s office party’s show.

In the past two years, only one thing has remained constant: man-made disasters. Starting from the suppression of details about the outbreak in Wuhan to the present, it has been a trail of blunders by societies and people who lead them.

Experts had said in 2020 that universal vaccination is needed, and no one is safe till everyone is safe. Such warnings fell on deaf ears. Rich countries that hoarded the vaccines now face repeated rounds of social distancing and a high hospitalisation rate after the Omicron variant emerged in the southern part of Africa – a continent with a very low vaccination rate.

A recent in-depth report in the New York Times traces how the new variant left researchers flummoxed with its genetic makeup. There were 53 mutations and studies now show some of the changes are challenging the very understanding of the virus evolution.

“Nature is certainly doing its part to keep us humble,” James Lloyd-Smith, a disease ecologist at UCLA, was quoted as saying.

What spurs the emergence of a variant is also an area which experts are trying to figure out. One warning is that as millions get infected, a damaged immune system in a person could lead to vast mutations.

Another, perhaps more scary, is the observation that the virus could spread to animals from us and jump back to humans as a deadlier variant.

The critical factor is whether the cells of the species in question have receptor proteins to which Sars-CoV-2 can bind, says a recent report. One animal that has the angiotensin-converting enzyme 2 (ACE2) is the hamster which is kept as pets by many people. The decision by Hong Kong authorities to cull 2,000 of them was based on a suspicion that the current outbreak there could be linked to these furry animals.

But this particular receptor is found in hundreds of animal species, including cats, dogs and cows which we come in close contact with. As the virus continues to spread freely in different parts of the world, a risk of a cross-species jump also widens.

Medical interventions alone are not going to help in limiting the transmission of this virus and societies also have to play a part. Health policy makers have to be nimble-footed as the mountain of data emerging about the virus calls for constant recalibration of their mitigation measures.

They have to learn from the information acquired in the last two years and come up with humane interventions while taking steps for proper health care as well as new medications that can treat the disease. Communicating these steps effectively to the public is a key factor during a pandemic as societies look for guidance from trustworthy authorities.

In a study published in 2007, pandemic historian Howard Markel of the Michigan University and others say non-pharmaceutical interventions were as critical as medical treatments during the 1918 pandemic, citing death rates of that period across different American cities. This has been the case with other diseases too, from smallpox to polio. Tracing, isolation and quarantine were key components in the fight against all major contagious diseases.

Times have changed from the days when pandemics like influenza and smallpox ravaged humanity. Science has kept pace with the fast-evolving Sars-Cov-2 virus, by showing the path to isolate the killer bug and coming up with vaccines in record time.

The same can’t be said about human behaviour which echoes patterns seen in the last century. The decision in Wuhan to delay the alarm and allow mass banquets in December 2019, health ministers in India and Sri Lanka promoting local concoctions as cure, opposition to masks in the West, campaign against vaccines and claims of evil plots behind the disease are all examples of this.

Comparing the situation between then and now, Markel said in a recent interview that it is difficult to see things clearly when we are in the middle of a pandemic.

“The thing about pandemic then, as now, when you are in the middle of it, you are literally in the fog of war. You can’t see all the results, and you don’t have all the data,” he said. “It’s almost human nature to not think about a disaster until it is in front of your eyes.”