We see the absurdities of rivalries when it happens in far away places. But when it occurs in our surroundings, emotions override common sense. 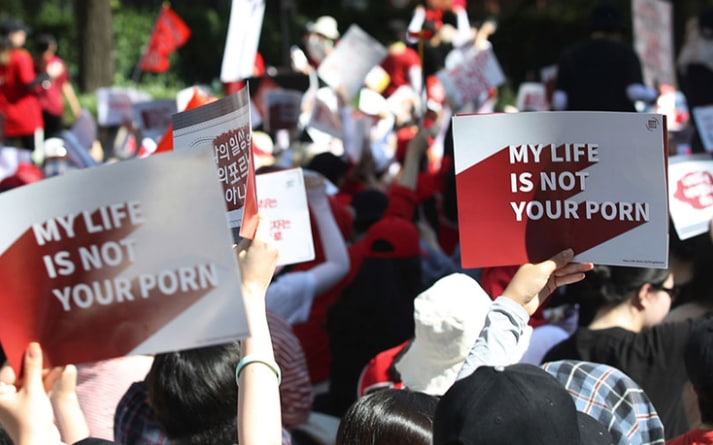 Imagine a society where one section, say Group A, holds 80 percent of the powerful positions, occupies top spots in the business sector, and has traditionally played a dominant role for decades. But despite their position, this group A feels they are in danger. Some elements in Group A claim members of Group B are aiming to topple them from their position, and radical elements in it are threatening to destroy the society.

They also claim that some political parties and their leaders are side-lining Group A regarding jobs, education, and other prospects while pampering Group B to win support during elections. Fringe groups claiming to represent Group A hold rallies as a show of strength, issue clarion calls to quash Group B. They even issue an open call for the annihilation of their perceived enemies. These demands get currency through the internet forums and social media. Their troll armies target and harass prominent members of Group B, criticising their actions and even the way they dress and their hairstyle.

Exaggerated claims made by some people in Group B are shown as evidence of an evil plot fuelled by forces abroad to destroy the fundamental structure of the society. Leaders of Group A often say they are not against everyone in the opposite camp and want equality in development and progress. However, they think that a few elements in Group B have to be eradicated to restore the society to its former economic prosperity and cultural purity.

If the older generation sought to protect Group B, many young people would reject that and declare Group B an economic and cultural threat.

Now hold on for a second.

Before your blood starts boiling or you get ready with counter-arguments, time to run a disclaimer, the kind film producers include to be shown before the movie begins: The situation and the conflict mentioned above are not based on any event near you or it does not portray any activists that you may know. Any resemblance to events that may be taking place in and around your community is purely coincidental - unless if you are in South Korea right now.

All that is mentioned above is based on events in South Korea where groups of young men have embarked on a campaign against women activists and feminist movements amid an emerging battle of sexes.

When the #MeToo movement flared up across the globe, several South Korean women came forward to air it all in public without any reservation. They revealed unabashedly sexual harassment and other forms of humiliations they have endured. It led to a torrent of such claims. As a result, many top political leaders and entertainment stars found themselves in the dock, and the public sympathy spurred on a strong feminist movement.

Anger was building up among women in South Korea as cases of spycam abuse, and reports of footage of women at homes and office toilets being loaded onto websites became widespread. But authorities seldom took strict action in such cases. The people who placed spycams comprised men of different ages, including aged bosses of companies. A slew of such intentionally targeted harassment cases led to a robust feminist movement taking root in South Korea and forced even presidential candidates to acknowledge and accommodate their demands.

Now a backlash has begun.

Groups of young men have started targeting feminist leaders, claiming there are just men-haters whose campaign has led to reverse discrimination against young men. They also lambasted young women who chose to cut short their hair. Some even wanted the Olympic medals of their archery champion An San cancelled because she had cut her hair short.

'Women' and 'feminists' are two of the most common targets of online hate speech, according to South Korea's National Human Rights Commission, says a New York Times report. 'Men in their 20s are deeply unhappy, considering themselves victims of reverse discrimination, angry that they had to pay the price for gender discriminations created under the earlier generations,' Oh Jae-ho, a researcher at the Gyeonggi Research Institute in South Korea, told the NYT.

Look at this conflict from a distance, and you can only shake your head in disbelief at the silliness surrounding the whole scenario. Here is a country that has advanced economically and nurtured its democracy to become one of the leading industrialised nations in the world. A vibrant society at the forefront of internet connectivity and broadband coverage, South Korea has emerged as a cultural leader with its soap operas and K-pop bands reverberating across the global stage. But despite all this, this wealthy society is being pulled apart over gender issues.

The backlash against feminist movements also echoes some elements of hate campaigns in other countries.

In the United States, anti-abortion activists spew their anger at women who argue for abortion. In South Korea, such women are labelled 'anti-family.'Online attacks and threats that feminist activists in South Korea face are similar to those dished out by the right-wing Hindu trolls in India, who even held a mock online auction of women who speak up for their rights and journalists. 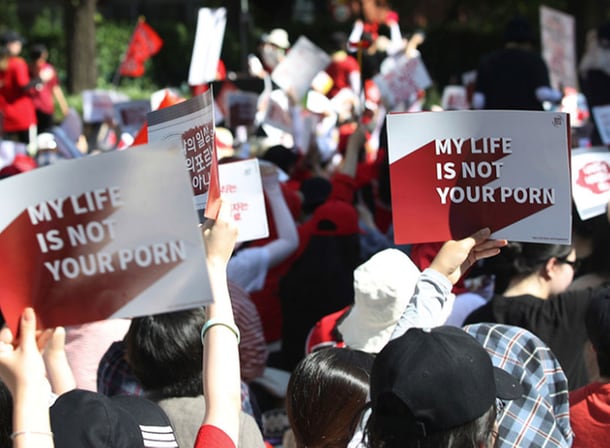 In China, people - both men and women - who challenge the authoritarian ways of the Communist Party are seen as a threat to the nation and ostracized from society.

Take any society, you can cobble up a conflict like this based on religion, skin colour, ethnicity or any such factor. It all looks absurd when you view it from afar but when it happens in your community, you might find the arguments justified and reasonable.

There is always an aggrieved group whose passions are flamed by fringe groups whose claims often are based on faulty beliefs, economic problems, a wrong portrayal of history, or simply exploited by populist leaders to build influence and gain power.

The Covid-19 pandemic, and economies faltering, as a result, add their own elements while campaigns through social media create a fertile place for divisive forces to plant their version of events. In the case of South Korea, the battle is based on gender rivalry. In others, it is based on religion, ethnicity or historic hangovers. We all can see the absurdities clearly when it is happening to others, but when such things happen in our own society, we get sucked into it ourselves as emotions override our common sense.