Blue-eyed boys of the tech world are taking some flak. Elon Musk is grappling with Twitter after throwing US$44 billion into it. The future of his investment, and the social media platform itself, look uncertain now, as his policy has made thousands jobless.

Earlier, Mark Zuckerberg unveiled his grand dream of Metaverse, sinking billions into it. It is not going well either, and the Facebook owner is getting criticised over his leadership as his company's valuation lost a few billion. Meta is also sacking thousands of workers, so is Amazon.

Things get a lot grimmer when it comes to the cryptocurrency scene. The crash of FTX, a cryptocurrency exchange valued at US$32 billion just a few weeks back, has stunned the cyberfinance world, and its repercussions are still being assessed. Some are now calling it the Lehman moment of the crypto world, referring to the event that set off the global financial crisis in 2008. 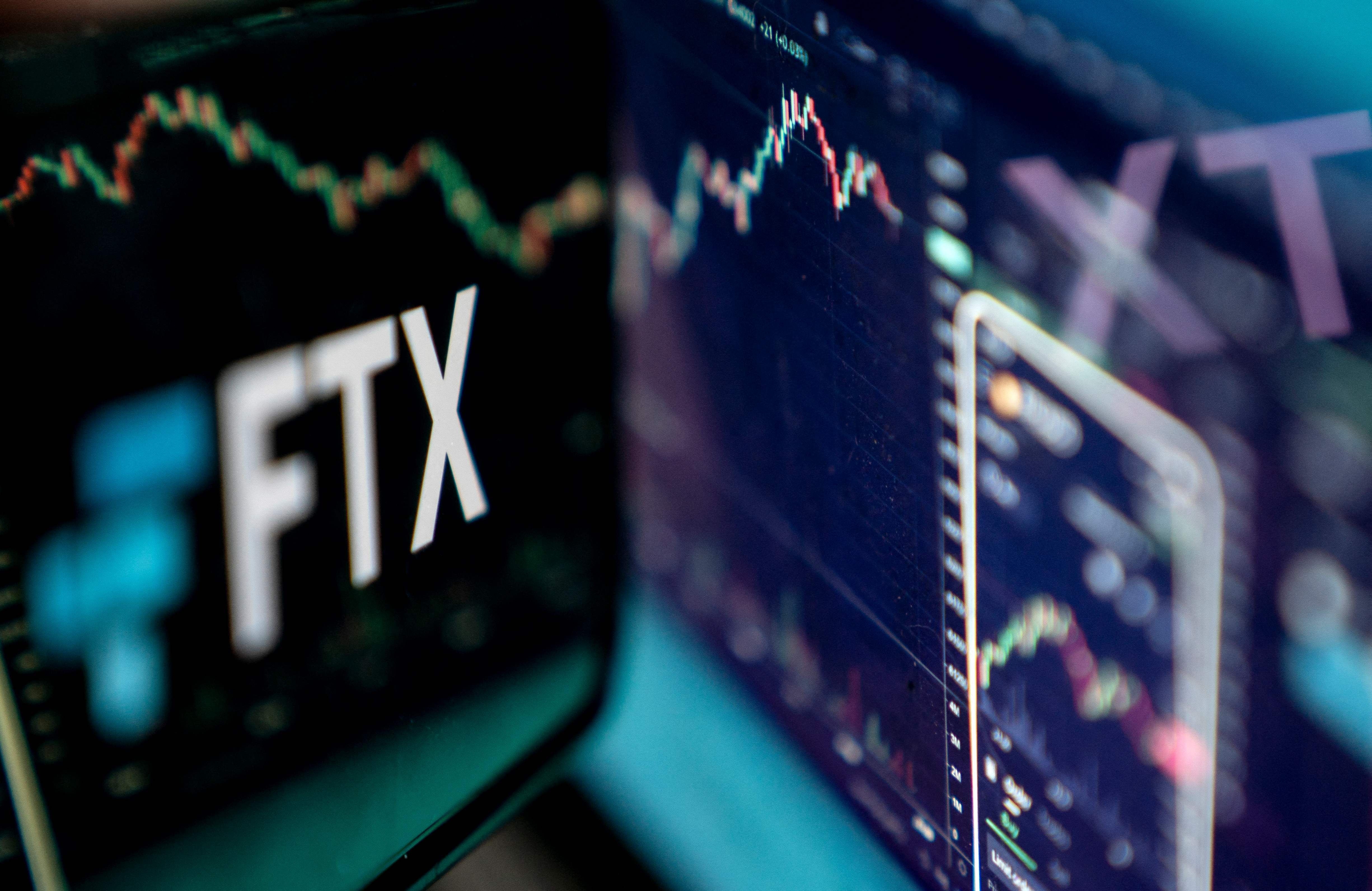 As experts survey the wreckage left behind by FTX, questions are being asked about the kind of checks and diligence tests run by investors who backed the firm established by Sam Bankman-Fried five years ago when he was all of 25. He admitted later that his pitch to the investors even then was not very convincing. He told them then: 'None of us has run a company before, and we'd like $100 million by next Tuesday.'

But given the crypto euphoria that was prevailing in the market, Sam Bankman-Fried (known by his initials SBF) soon became the wunderkind on the block. He started by buying bitcoin in the US market and selling it in Japan, taking advantage of the time difference and higher demand there. After making a neat pile that way, he
moved to Hong Kong and established FTX, which attracted a lot of customers with low trading fees and a variety of coins, including one that the exchange itself created.

He also was a big advocate of effective altruism, meaning making an immense fortune and spending it to improve the world. While other young multi-millionaires flaunted their wealth unabashedly, videos showed SBF moving around in regular clothes in a battered Toyota Corolla.Soon the investors, financial media, and crypto experts were hailing the new messiah. Then, in 2021, SBF moved FTX to Hawaii, and big-time investors began queueing up to throw money at him. Multimillion-dollar funding rounds put the company's value at US$18 billion. And it was estimated to be worth US$32 billion by January this year.At a Zoom meeting with Sequoia Capital to raise funds, SBF was playing the video game 'League of Legends' on the side, he boasted later. But none of this took the sheen off the golden boy of the crypto world, and he was rubbing shoulders with the likes of Bill Clinton and Tony Blair during a conference held in Hawaii. His aura only improved after FTX stepped in to rescue crypto firms that ran into trouble after Luna, a cryptocurrency founded by South Korea's 30-year-old Do Kwon, went belly up in May this year, wiping out US$45 billion.

SBF controlled four companies, including Alameda Research, a hedge fund, and FTX Ventures, SBF's personal venture capital firm. The investors who backed the crypto empire of SBF included some of the most respected financial firms like Sequoia. Premier global financiers like BlackRock, Binance, Ontario Teachers Pension Plan, Softbank, and Temasek were among them. Such a lineup added to the market confidence in FTX and encouraged many smaller investors to join in.

It was not just the investors; some of the guiding lights in financial journalism also were taken in by SBF's aura. Is he the new Warren Buffet, asked the Fortune magazine in its August issue. In October last year, Forbes magazine proclaimed SBF the world's wealthiest guy under 30.

All this started to deflate after the website Coindesk published a report on November 2, raising doubts about FTX's investments. Soon the floodgates opened. SBF's US$32 billion empire got virtually wiped out in about 36 hours. But that was only the tip of the iceberg. When the bankruptcy court took over the company's administration, what they found shocked even the worst skeptics.

'I have over 40 years of legal and restructuring experience. I have been the chief restructuring officer or CEO in several of the largest corporate failures in history. I have supervised situations involving allegations of criminal activity and malfeasance...

Never in my career have I seen such a complete failure of corporate controls and such a complete absence of trustworthy financial information as occurred here,' said John Ray, the newly-appointed CEO of FTX. Billions were simply gone. Canada Pension Plan lost US$500 million and Temasek's loss was put at US$275 million. Other smaller investors had their entire funds locked up as they had followed the big names in the field, who, everyone imagined, did all the needed checks before sinking millions into FTX.

In Singapore, the state-owned Temasek took some heavy bashing. 'I think at this moment, people feel betrayed because there probably wasn't enough due diligence from these Singaporean parties,' Chia Hock Lai, co-chairman of Blockchain Association Singapore, told the Tech in Asia website.

Regulators were also facing the heat as this is not the first crypto failure that wiped out billions, leaving hundreds of thousands of investors high and dry. As a result, calls for proper regulations to control the mushrooming cryptocurrencies are on the rise.

In a scathing commentary in the Wall Street Journal, columnist Jason Zweig said: 'SBF may be at the center of what went wrong, but he didn't act alone. Behind him lies a vast ecosystem of fantasy and fakery. It's called the investing business.'

Zweig said the investors expected at least 8 percent returns on their money, putting the fund managers under pressure to achieve this. In this mad rush to achieve the higher target and earn millions as their fee, these managers often cut corners, and due diligence becomes a casualty.

Cryptocurrencies were not the only area where investors rushed in instead of treading carefully. Last week, another former whizz kid of silicon valley, Elizabeth Holmes, was sentenced to 135 months in prison for defrauding investors who backed her firm, Theranos.

The Stanford dropout, who was once compared to Steve Jobs, had claimed in 2003 that her firm had developed a unique blood test that could diagnose many diseases and got backing from bigwigs like Henry Kissinger and Rupert Murdoch. She also raised US$10 billion before it all fell apart.

The IT sector has a record of churning out more millionaires than any other sector in the shortest span of time. Anyone with a disruptive idea could mint millions regardless of background and experience. Theranos and SFX meltdowns show onething: In the race for the next pot of gold, investors often get blinded by their glow while regulators fail to keep pace with technological advances. But still, some see a silver lining in such failures.

'For a long time, our society has rewarded being cutthroat or putting profit above all else, but I think that's starting to change, and that's a very good thing for everyone,' said Nick Goldberg, founder and CEO of Ezra, a virtual leadership coaching firm.

Uncloaking the mysterious world of NFT with Nadamel

Ensure cryptocurrency does not end up in wrong hands: PM to democratic nations