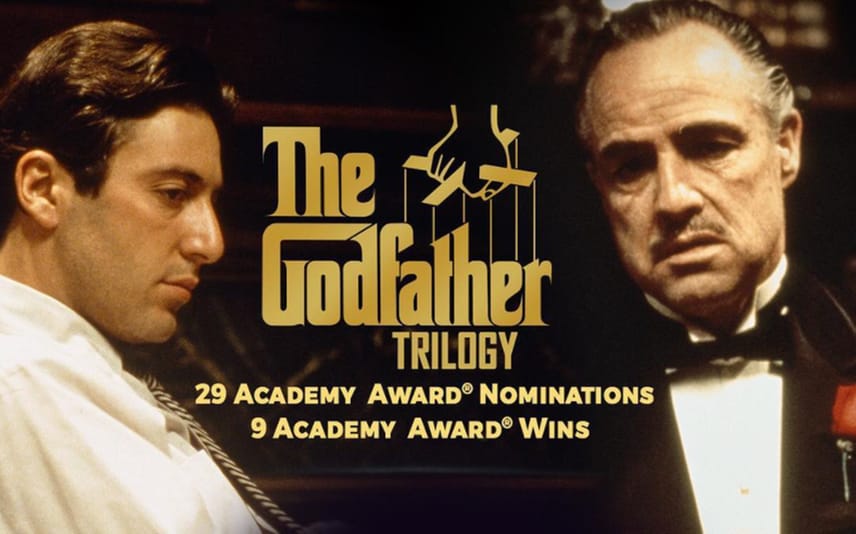 As 'The Godfather' movie marks its 50 years, a look back reveals how art and real-life collided and converged at several points when the movie was being made.

Fifty years ago, Paramount Pictures presented something too good to refuse to the global audience: The Godfather. The movie premiered in New York on March 15, 1972, was released two weeks later to theatres across the United States.

In six months, it earned what 'Gone with the Wind' made in over 30 years and signalled an era of blockbusters fetching over US$100 million. The rest is history.

It took six years for 'The Godfather' movie to arrive in Kerala. By the time Mario Puzo’s 1969 book of the same name that remained over five years on the New York Times bestseller list had become popular in Kerala, and eager film fans flocked to theatres. The Indian censor board had moderated steamy and violent scenes, but fans knew what was censored as the storyline was familiar.

Still, when Paramount contacted the eventual producer Albert Ruddy and director Francis Ford Coppola about making a movie based on Puzo’s bestseller, neither of them had read it. But both did pretend they had.

Coppola, then just 29 and struggling to make his mark, told The Variety magazine in 2009 that he had tried to read the book when it came out, but the graphic sex scenes put him off, and he gave up reading it at page 50.

As the project got off, the casting became the first battle. For Puzo and Coppola, Marlon Brando was the only actor who could play Don Vito Corleone. But studio bosses had reservations, given the thespian’s eccentric behaviour. Many Hollywood insiders also felt Brando’s acting career was over after a few box office flops.

The bosses reluctantly accepted the director’s choice but insisted on several conditions, including a screen test. So, not to hurt the fragile ego of the veteran actor, Coppola arrived at Brando’s home one morning on the pretext of doing a makeup test. Brando, in a kimono and sporting a ponytail, greeted him.

In the lengthy 2009 Variety magazine article written by Mark Seal – who published a book later, 'Leave the Gun, Take the Cannoli: The Epic Story of the Making of The Godfather' – Coppola described the 47-year-old Brando doing magic in front of the camera for his startling transformation as the ageing don.

“You see him roll up his hair in a bun and blacken it with shoe polish, talking all the time about what he’s doing. You see him rolling up Kleenex and stuffing it into his mouth. He’d decided that the Godfather had been shot in the throat at one time, so he starts to speak funny. Then he takes a jacket and rolls back the collar the way these Mafia guys do.”

That tape blew away all the objections that studio bosses had. But it is a real loss to the movie world that this tape was lost somehow. No one knows what happened to it.

Coppola had other main characters in mind. Al Pacino as Michael, James Caan as Sonny, Diane Keaton as Kate Adamas, and Robert Duval as Tom Hagen and had run a mini screen test on everyone at his home.

But the studio bosses rejected all, with one boss saying the five-foot-seven Pacino was a misfit. “A runt will not play Michael,” Coppola was told.

They ran exhaustive screen tests for each character, spending around USD400,000 before accepting Coppola’s original picks.

The casting of the characters was not the only trouble that Coppola faced. There was also trouble from another side: New York’s crime families.

US big guns like Attorney-General Robert F. Kennedy had gone after organized crime in the previous decade. Arrested mafia members testifying at trials had kept the nation glued to the television. For writers like Puzo, it gave insight into the world of organised crime.

Puzo’s character of Vito Corleone is said to be based on Frank Costello, a raspy-voiced head of a New York crime family with many political connections and who despised the drug trade.

In April 1970, Joe Colombo, the head of a crime family, had floated an organisation called Italian-American Civil Rights League to protest against what he said was targeting Italian Americans. They held protest rallies, issued regular statements condemning the government, and finally got the authorities to stop using “mafia” and “Cosa nostra” in official statements.

“Mafia? What is Mafia?” Colombo once asked a reporter. “There is not a Mafia. Am I the head of a family? Yes. My wife and four sons, and a daughter. That’s my family.”

When word about Paramount making 'The Godfather' spread, the crime families became angry. They feared it would show them in a bad light.

Soon studio executives were getting threatening calls and were warned of union problems. In New York, where they were planning to shoot the film, even the local authorities put hurdles in the way of Copolla and his crew.

Finally, the producer Ruddy initiated a meeting with Colombo and promised not to use the two words they abhorred, “mafia” and “Cosa nostra,” in the movie. Ruddy also explained to Colombo that not all evil characters in the movie would be Italian Americans as it featured corrupt non-Italian police officers and lawyers. Thus, a deal was struck and announced in a press conference.

As the media splashed the story of the mafia striking a deal with Hollywood, all hell broke loose. Paramount decided to fire Ruddy just a few days before the shooting was to begin. But Copolla again managed to prevail over the studio directors, pointing out the schedule disruption and the resulting financial loss.

Soon, the five crime families gave their blessings for the movie; Copolla’s crew found gates opening magically for them.

“The moment he reached that agreement with Colombo, Ruddy’s troubles were over. Suddenly, with Colombo’s imprimatur, the threats of union woes evaporated. Planned demonstrations and boycotts were called off. A location for the Godfather’s mall with a garden large enough for the huge wedding sequence was found on Staten Island, and Colombo’s men made a house-to-house tour of the neighbourhood, smoothing ruffled Italian-American feathers. Somehow, even the protest letters from Italian-American groups stopped once it was understood that an agreement had been reached with the League,” said a New York Times report on August 15, 1971.

Even better, the mafia posted some guys on the shooting sites to ensure things were going smoothly and some were keen to play minor roles too. Meanwhile, a ‘family member’ visiting the set had a six-foot-six former wrestler named Lenny Montana as a bodyguard. Coppola cast him as Luca Brasi, the feared hitman of Don Corleone.

Colombo’s power was felt even outside the location. The father of a crew member was admitted to a New York hospital during the filming, and Colombo sent a basket of flowers to him.

“The patient had never met Colombo, had never even seen him, but the presence of that basket changed his hospital life. Doctors began filing into his room to look at it. Smiles materialized on the faces of nurses he had never seen before. The hospital dietitian would arrive in the morning to ask if there was anything he might particularly enjoy that day. His family’s visiting hours were suddenly made flexible, and orderlies appeared with the chairs, ice, and extra glasses that had been so difficult to find before the Colombo basket arrived,” reported the New York Times.

But life imitated art soon enough. In June 1971, as the film shooting neared final wrap, Colombo, attending a meeting of the League in New York, was shot thrice at close range. The hitman was killed at the scene, but Colombo was left paralysed. His power waned after that; he died in 1978.

The movie pleased the mafia and the audience and won the Oscar for the best film. Brando won the best actor award, which he refused to receive personally in protest of the treatment of Native Americans. It is still a mystery how Coppola didn’t make the cut, though nominated for the best director award. He was given the award later, for Godfather II.

The movie and its depiction of the crime family still ruffled some feathers. The renowned film critic of The New Yorker, Pauline Kael, wrote a remarkable review. But looking back, it gives an eerie warning about what the movie said about the United States.

“In 'The Godfather', we see organized crime as an obscene symbolic extension of free enterprise and government policy, an extension of the worst in America – its feudal ruthlessness. Organized crime is not a rejection of Americanism; it’s what we fear Americanism to be. It’s our nightmare of the American system. When “Americanism” was a form of cheerful bland official optimism, the gangster used to be destroyed at the end of the movie, and our feelings resolved. Now, the whole country’s mood has darkened guiltily; nothing is resolved at the end of 'The Godfather' because the family business goes on.”

As the famous line in the movie says, nothing is personal anymore; it’s all purely business.

The outcome of the weeks-long Covid-19 lockdown ...