In 1949 Mao Zedong said ''The Chinese People have now stood up. Let the domestic and foreign reactionaries tremble before us. Xi Jinping seems to aim for that goal" 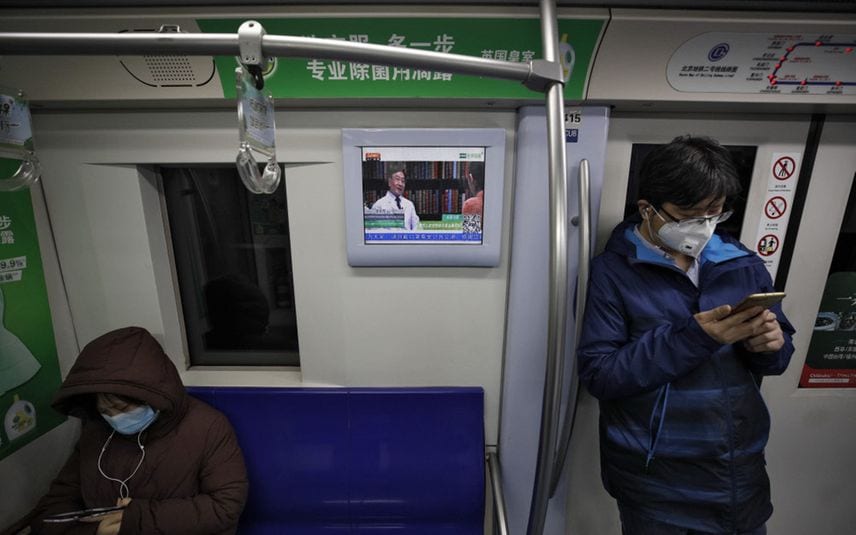 Wistful sighs could have gone up in societies struggling with issues like expensive housing and the rising cost of education when they heard about President Xi Jinping's crackdown for tackling similar problems in China.

Over the past few weeks, Beijing has unveiled some harsh edicts to tackle major problems that almost every country faces. Even if your eyes had glazed over the news about the move to control finance companies, the reports about Beijing ordering online platforms to limit the time children spent playing online games would have garnered parents' attention everywhere.

But pause for a second before you join the bandwagon and praise these 'tough but needed crackdowns' to rein in greedy businesses and spread wealth more evenly.

Here is a piece of news for the parents who hailed the limit on gaming hours for kids. The Chinese authorities have also made Xi Jinping Thoughts compulsory teaching in schools and universities across the country.

For those who missed it, the crackdown on the use of algorithms by internet firms in the guise of safeguarding the interests of the users also aims to transfer the power from the companies to the Chinese Communist Party (CCP). The State Council, the nation's de facto cabinet, also released internally a set of guidelines urging all levels of government to bring ideology, culture, moral standards, and online behaviour under control, the South China Morning Post reported. Still, Xi's actions could look attractive to those living in any liberal democratic society facing chaotic turmoil due to extreme right-wing and divisive tendencies gaining ground.

So, is Xi setting off a profound revolution to show the way forward for the rest of the world? The longing for a benevolent dictator - a wise ruler who would rise above the lure of power and its comforts to guide a society firmly on to a righteous path - remains a dream right from the time of Plato. The Greek philosopher had argued that philosopher-kings would be the ultimate benevolent rulers. However, in the centuries since Plato, no government anywhere has proved a benevolent regime. A 'shared prosperity' that Xi dreams about is something that socialist ideologues have always espoused. But governments that grabbed power with such promises - be it the erstwhile Soviet Union or the remaining communist nations like China, North Korea, or Cuba - have failed to deliver them. All that such revolutionary movements mostly ended up spreading equitably were poverty and deprivation.

The post-Second World War period saw Western democracies get wealthier and improve their people's rights and living standards even as the Soviet Union and its satellites struggled to meet the basic needs of their citizens. After the collapse of an economically crippled Soviet Union, Deng Xiaoping, one of the earliest members of the CCP and the nation's paramount leader in the 1980s, saw the danger lurking along the socialist path. He adopted the capitalist system, using the words 'Socialism with Chinese characteristic' as a fig leaf to cover their embarrassment. Not only did it avoid blushes, but the claim also made sure that the Communist Party leaders could continue to remain in control.

This shift in tactics saw China blaze an unprecedented growth path, racing past many countries with higher GDP till then, and the communist nation transformed into a quintessential capitalist society. But let's not overlook that Deng also let the tanks roll down Tiananmen Square to crush the youth gathered there calling for political reform in 1989.
The party staying on in power was the prime objective then as it is now. The West failed to distinguish this. It rolled the red carpet out to welcome China into all international organizations, including the World Trade Organization.

Now China is the second-biggest economy in the world and on its way to the top spot. The country churns out billionaires with clockwork regularity. At the same time, many Western companies saw their profit lines soar to astronomical levels, thanks to lowly-paid Chinese workers and increasing middle-class consumers in the country. The CCP now claims credit for 'lifting 850 million out of poverty' while conveniently forgetting that those millions remained impoverished due to the past policies of the party. The four-decade roll of the economic juggernaut saw the Chinese genius for business flourish and firms like Alibaba and Tencent become global brands while Chinese factories controlled the economies of the developed world.

This, in turn, led to the erosion of employment in the West as factories were shipped out to China, and multinational firms exploited the rule of law guaranteed in those countries to avoid paying taxes on their accumulated wealth, keeping it in the hands of a minority. The rise of social media platforms and internet chat groups led to further division in these democratic societies. Their political systems churned out populist leaders who cynically used disinformation campaigns to project alternate realities and nurture informational autocracies.

Now the coronavirus pandemic has laid bare deficiencies of every society. At this juncture, the crackdown that Xi has unleashed might look desirable to many. The leftist forces who rile against runaway capitalism and its exploitative policies could very well see merit in Xi's latest crackdown as it aims to distribute wealth more evenly through 'shared prosperity.'

But as The Economist magazine pointed out in its October 2 editorial, the tag of a benevolent dictator doesn't fit Xi too well. 'As president, Mr Xi has purged his rivals and locked up over 1m Uyghurs. He polices debate and will not tolerate dissent. The latest campaign will show whether he is an ideologue bent on grabbing power for himself, even if growth slows and people suffer, or whether he is a strongman willing to temper dogma with pragmatism...,'' it said.

Unfortunately for Xi, his record of the past four years weighs much more heavily against a few populist crackdowns rolled out in the last few weeks. In fact, the recent actions could justify the comments that the Xi faction in the CCP is desperately tightening control over a generation that forged ahead economically and now seek more freedom to pursue their interest, be it the crypto currency or online entertainment.

In the past few years under Xi, China has started to aggressively confront its neighbours, whether it is across land borders with India, maritime areas with Asean countries like the Philippines, Malaysia or Vietnam, or trade rows with Australia.

At the same time, with Xi virtually sealing his position for life, there seems to be very little chance of any internal checks and balances on his policy and actions.

In all the actions, there are unmistakable signs of a regime whose overarching ambition is casting shadows far beyond the waters that lap the shores of Taiwan and Hong Kong.

In 1949, in his opening address at the first plenary session of the Chinese People's Political Consultative Conference, Chairman Mao Zedong said: '(The) Chinese people...have now stood up...Let the domestic and foreign reactionaries tremble before us!'
Xi seems to aim for that goal.

(Harikumar is a senior journalist who started his career with Mathrubhumi in the mid 1980s before moving to Qatar and Thailand. He was with the South China Morning Post and Radio Television Hong Kong during the last two decades)

Racing ahead with technology

Imagine you are in the thick of a high-octane ...