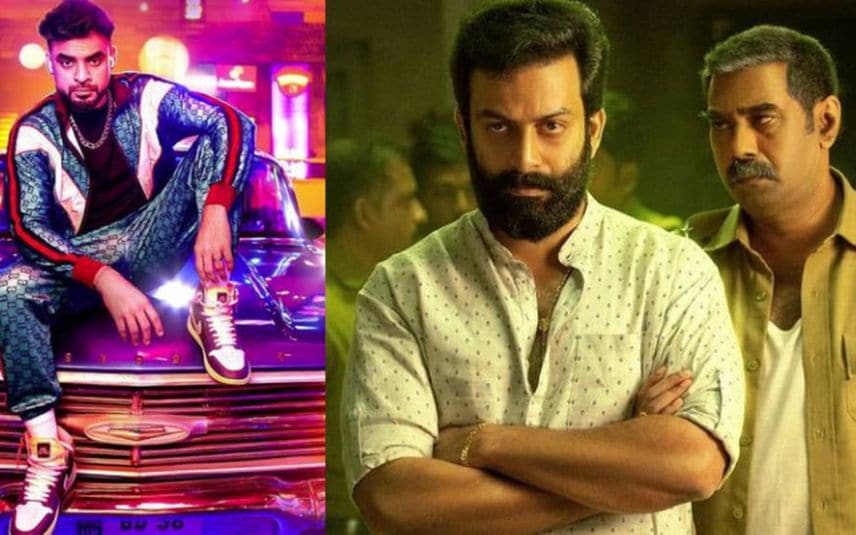 Of late a lot of narratives have sprung up that revolve around the male ego. While most of the stories have men trying to compete and outdo each other, none has explored the battle of sexes in this ego trip. Here it’s about men with superiority complexes who would go (read stoop) to any lengths to be proved right, who revel in their ability to take charge of a situation and are conditioned to just focus on themselves. About men who are touchy about the silliest things that affect their inflated egos, who throw a tantrum when things don’t work the way they want. In short, we are focusing on a few narratives that tapped into the fragile male ego.

The farcical thread binding Thallumala, written by Muhsin Parari and directed by Khalid Rahman, is the male ego. Apparently, Parari’s inspiration for the film was his own experiences while growing up in the North Malabar region of Kerala. Designed as a stunningly colourful graphic novel, the narrative entirely builds its world in the backdrop of free-for-all fights. Rugged lads forge, thrive, and rekindle camaraderie purely on the merit of where the next mindless brawl springs up. In one of the earlier scenes, the film’s lead Manavalan Wazim (Tovino Thomas) picks up the first of several scuffles, outside a mosque, with his soon-to-be close friend Jamshi. It starts innocently enough. Wazim places his muddy shoes over Jamshi’s spotlessly white sneakers.Stares and angry words are exchanged. Jamshi (Lukman) throws a punch. Wazim offers an uppercut.They square off until an elderly priest pulls them away. They eventually patch up over a home-cooked meal. Thallumala has men with higher testosterone lunging it out to ascertain their masculinity. It also reflects on the culture and ethos of the region where boys have been nurtured in a patriarchal space and has turned brawls it into a fetish. Anthropologists observe that along with a fight for survival, dominance and personal gain, men are also doing it simply because it gives them an adrenalin rush. In a non-linear narrative that runs over 155 minutes, the fights that always start for ludicrous reasons are incisively and wackily staged. Sparks, blows, and punches spin inside packed theatres, car parking areas, weddings and mosques freely. Thallumala is also indicative of the superficial social media culture where brawls transition into a million instagram reel views and stars are created a dime-a-dozen almost every other day. 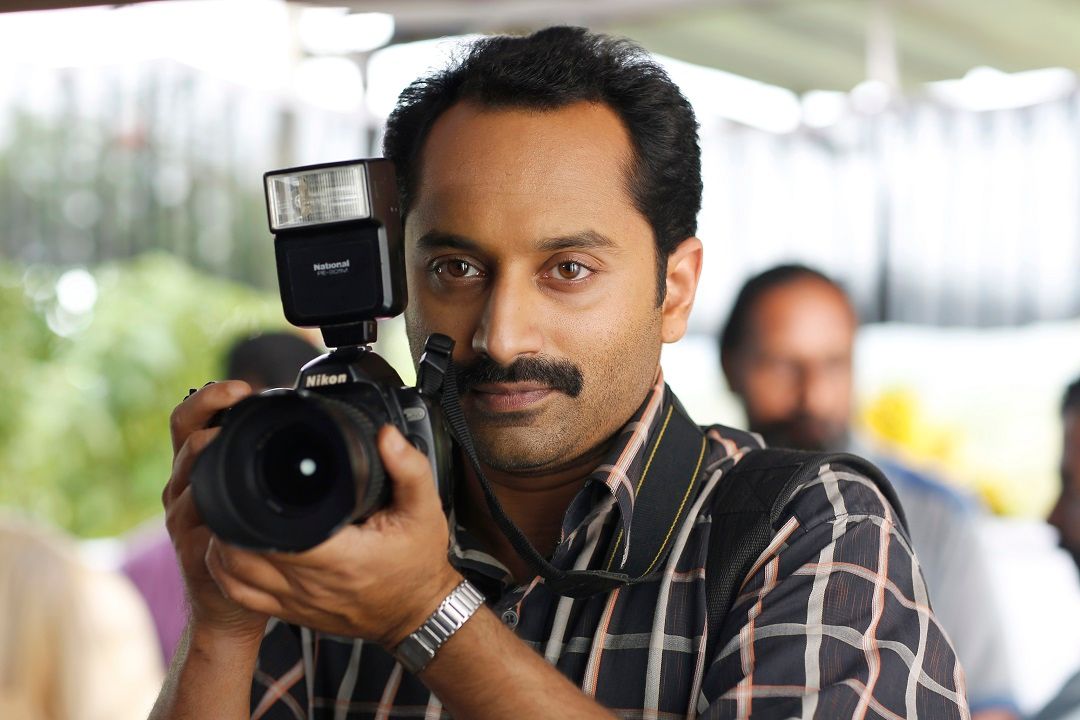 When Mahesh is beaten by a stranger, in front of his people in the little town where he grew up, his ego is bruised in this Dileesh Pothan directorial written by Syam Pushkaran. Though he knows neither the stranger nor the reason why he was thrashed, the otherwise meek and peace-loving Mahesh is determined to reclaim his pride in front of his people. Even if that means challenging him to a duel with the risk of getting beaten again. But when Mahesh eventually ends up falling in love with the stranger’s sister, the men still go ahead with the duel. By then, we are past caring because Mahesh has already risen out of the ashes and figured out his life. So the clumsy, messy fight that ensues felt like a tail-ender. 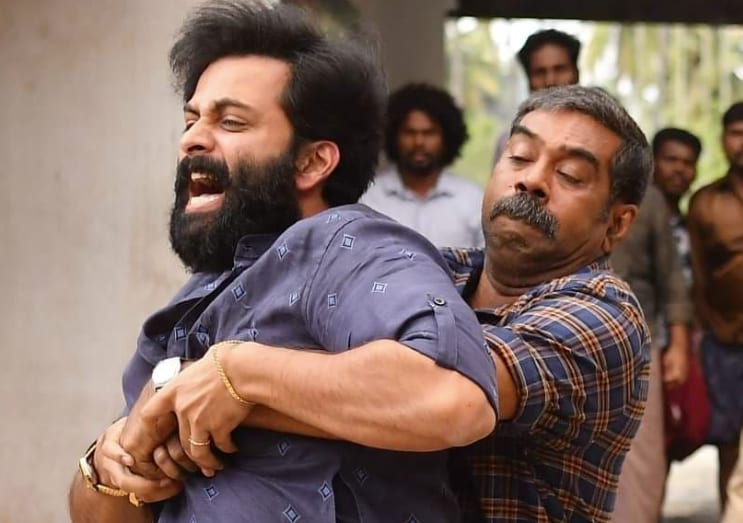 In Ayyappanum Koshiyum (written and directed by Sachy), it’s a combination of several factors that lead to the brawl between rich, spoilt planter Koshy Kurien and SI Ayyappan Nair. Koshy is an entitled son of a tyrannical father. And between the father and the son, it’s the former who wouldn’t allow Koshy to back away from the ego battle. What begins as a clear class and caste division between two men, with one-upping the other at regular intervals drifts into a pointless slugfest of male egos. The women are casualties of their ego — if Koshy’s wife is a tacit witness to her husband’s self-destructive nature, bolstered by the father-in-law, Ayyappan’s wife, despite the initial bravado, is left to fend for herself and the child in the gratuitous warfare that costs him his job. 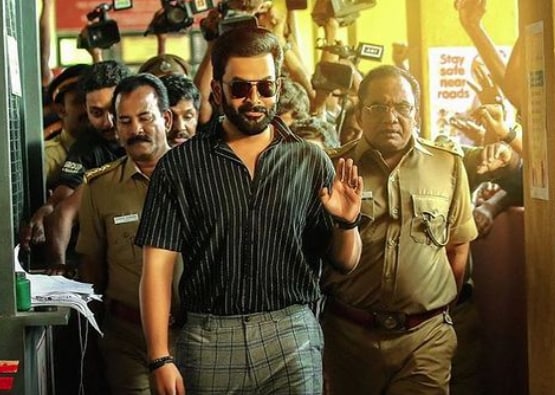 It is a minor misunderstanding that swirls into a destructive ego battle between a superstar and a motor vehicle inspector who is also his fan in this film directed by Lal Jr, and scripted by Sachy. Though the changing power dynamics between superstar Hareendran (Prithviraj Sukumaran) and Kuruvilla Joseph (Suraj Venjaramoodu) are interestingly staged, somehow the narrative seems predisposed to empathise with Hareendran, who in reality uses his privilege, star power, and ego craftily to win his game. Kuruvilla, on the other hand, is made to feel apologetic for holding on to his own little position of power to get even with him. Also, the women in their lives are typically on the sidelines—if Hareendran’s soft-spoken sophisticated wife hardly has a say here, Kuruvilla’s wife is shown to craftily milk the unexpected spell of publicity that streamed into their lives.

Yet another instance of frail male egos sustaining the narrative in this film directed by Sreejith N. Here the battles are drawn between a senior Ammini Pillai (Biju Menon), who is considered something of a reverential thug and fixer in his part of the world and Podiyan (Roshan Mathew), a wayward young man who doesn’t take too kindly to Pillai’s patronising attitude towards him. One thing leads to the other and Podiyan and his friends end up attacking Pillai one night. Pillai deliberately omits to file a police complaint, choosing to punish them in his own way. But in this prolonged battle for supremacy, Pillai’s wife (Padmapriya) and Podiyan’s pregnant lover (Nimisha Sajayan) are left exasperated. There are several instances when you wonder what fascinated the otherwise feisty Vasanthi to fall for the entitled and immature Podiyan. Not only are their relationships affected but the men seem to be in no hurry to back off, prompting Pillai’s wife to act. But if we thought the man was satiated after allowing his wife to step in for him to take his vengeance, it wasn’t meant to be. That tailender was yet another reassurance of the fragility and absurdity of the male ego. In Shaji Kailas’s Kaduva, the screen is already overdosing on testosterone every time Kaduvakkunnel Kuriyachan (Prithviraj Sukumaran) makes an appearance. And then without warning, he casually throws an insensitive remark to a cop (Vivek Oberoi) about his special child. As if that wasn’t enough he stretches it to ugly heights by making disparaging remarks to his mother, further tightening the ego fight. While you can argue that Kuriachan’s fall from grace starts from that point and in theory, the cop is sketched as a god-fearing family man who rescued his family from the doldrums, the film ends up glorifying Kuriachan’s vengeance as a path to retribution. When the truth is that he was the one who stirred up a hornet’s nest with his insensitivity and arrogance. When a stranger (Shine Tom Chacko) harasses him and his girlfriend in the guise of moral policing, the young chap (Shane Nigam) is incensed enough to pay back in the same coin. Only because his male ego was gravely bruised when he believed that the stranger had kissed her. So the young lad not only tries to get even with the man by harassing his wife in front of him, but also walks away with a celebratory BGM. A hazardous display of toxic masculinity that thankfully gets aborted when the girl rejects him in the end.