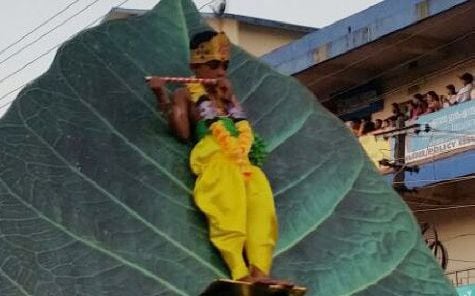 Making disparaging remarks against Sri Krishna is a serious offence against the society and cannot be tolerated, said Punjab and Haryana High Court.

The court directed the lower court to go ahead with the trial of the case.

A person in Haryana had openly ridiculed and made disparaging remarks against Sri Krishna on the auspicious Janmashtami day. A furious crowd took exception to that upon which the police registered case against Nanu Kumar and filed an FIR in the local court. Later, the grama sabha chalked out a compromise formula and the accused rendered apology.

The accused then demanded the police to drop the case. But it did not materialize. The accused approached the high court.

The government of Haryana strongly opposed the petition and observed that though the panchayath committee took a decision for compromise it cannot be a hindrance for the police to go ahead with the investigation and file the charge sheet as it is a serious offence against the society.

The accused seriously wounded the religious sentiments. It is against public interest. He can be prosecuted for IPC offence.

The HC agreed with the government and dismissed the petition challenging the police case.

Many Swamis fight to head a political party