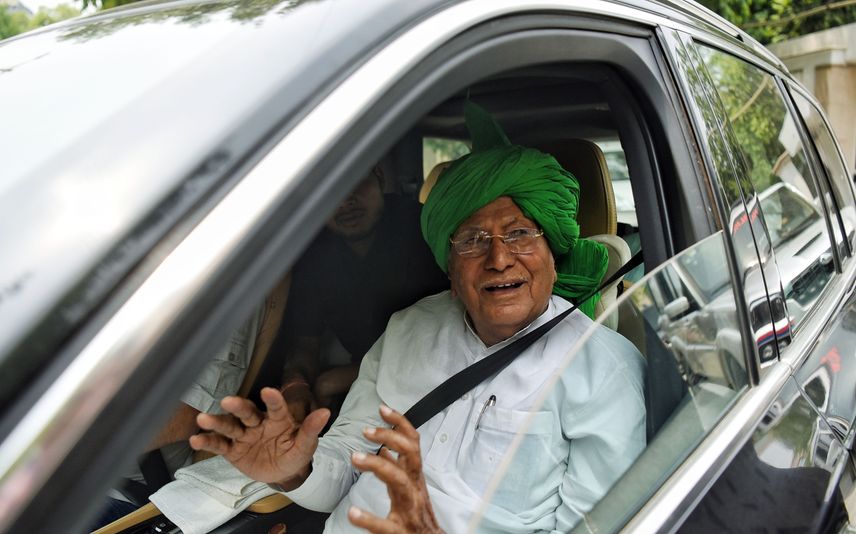 A political leader betrayed the trust which the people had reposed in him and indulged in corruption to amass crores of rupees disproportionate to known sources of income. When found guilty and convicted he prayed for leniency.

But the CBI court in Delhi rejected it and sentenced him to four years imprisonment and imposed a fine of Rs 50 lakhs. The court said showing leniency would send a wrong message to the society and political leaders committing corruption to be dealt with an iron hand as they claim to ve servants of people but hoodwink them when
Wielding power. The court also observed that power corrupts and absolute power corrupts absolutely.

Om Prakash Chautala former Chief Minister of Haryana thus goes to jail again.He had only come out of jail recently after suffering imprisonment of ten years in another corruption case.

In the present case, he had indulged in corruption to acquire thousands of acres of land, petrol pumps, multi-storeyed buildings, palatial residences, hotels etc. All were gained by misusing political power and position. The properties were in the names of his family members and relatives.

When questioned by CBI, he pleaded innocence and denied the corruption charges. But the court had evidence to connect him with the. corrupt activities.The court said that he had taken an oath upholding the constitution to serve the people and keep purity and honesty in public life but grossly violated it to amass wealth.Such a political leader deserves no sympathy or leniency and he should go behind the bars as he is a social evil.

Very few politicians are convicted in corruption cases for want of evidence. But here CBI had collected clinging evidence to rope him and the court in the meticulous examination was convinced of the crimes he had done while serving as CM between 1999 and 2005.

The accused is the son of Devilal former Haryana CM and Jat leader.

KK’s only Malayalam song is from Prithviraj-starrer ‘Puthiya Mugham'

After temple visit, Vijay Babu appears before police for questioning in ...