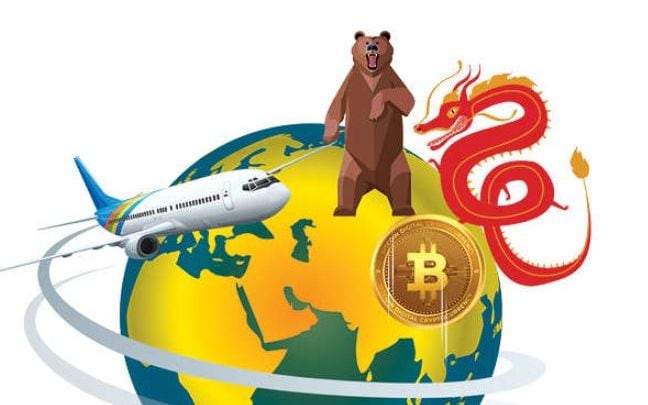 As a turbulent year comes to an end -- with the devastating Covid pandemic seemingly forgotten in India even while it shows dangerous signs of recurrence in countries as far apart as China and the United States – What awaits the world as we embark upon 2023?

The first issue for the world, and certainly for Europe and the United States, is certainly the war in Ukraine. The year to come will continue to see countries around the world – and in particular those experiencing the rigours of European winter without the accustomed levels of Russian oil and gas -- coping with the conflict’s unpredictable consequences. Most nations have already seen the impact of the conflict on their economies and especially rising prices because of war-induced shortages; continuing roiling of the energy markets; and serious disruption in food supply. Along with energy prices, inflation, interest rates, and the overall economic growth of many countries have been affected. Depending on the evolution of the conflict in 2023, which currently neither side seems inclined to end, things could get much worse. The ever-looming threat of nuclear weapons adds an alarming edge to the war’s prospects – as well as the big worry: will this conflict remain confined to the territory of Ukraine or might it spill over into neighbouring states, as well as to Russia itself?

Closer to home, the Chinese dragon breathes fire on us from across the Line of Actual Control, constantly nibbling away at the loosely-demarcated frontier on which the two countries have failed to agree for three-quarters of a century. This in turn has shaken the stability of an otherwise growing trade relationship which has touched the $100 billion mark, though on terms grossly favourable to Chinese exports. Will India make serious efforts to reduce its dependence on China for so many essential items needed by Indian manufacturers as well as consumers? If not, can we credibly resist China’s efforts to create a favourable military position for itself along the Himalayas? Or will the increasingly belligerent chauvinists in Beijing, having subdued democratic aspirations in Hong Kong, turn their attentions to Taiwan instead, seeking to end the island-state’s de facto independence?

The onset of a new Cold War is increasingly feared, as an assertive China, bristling with hostility and mistrust, links up increasingly with a Russia that is far more dependent on China than ever before, and the US leads a newly-cohesive Western alliance through a revived NATO, soon to be augmented by the admission of hitherto-neutral Sweden and Finland. The US is supplementing its leadership of NATO through regional partnerships like the Quad (with Australia, India and Japan) and I2U2 (with India, Israel and the UAE). That both of these groupings involve India, in projects that bear the unmistakeable stamp of American geopolitical interests, makes them well worth watching to understand India’s shifting role in the world. America itself will be caught up in the drama and mudslinging of political campaigning, which will start in earnest by mid-year in the long lead-up to the 2024 Presidential elections.

In 2023, India becomes the world’s most populous country, overtaking China’s population, at around 143 crores, in April. Whether we can feed, nourish and nurture all these people depends on the health and growth of our economy, which is showing signs of growing faster than most of the world’s even as unemployment remains close to record highs and inflation eats into our people’s well-being. Many major economies are expected to enter into recession as central banks across the world find themselves forced to raise interest rates in an effort to control inflation, which has worsened with the Ukraine War and high energy prices. The Economist argues that “America’s recession should be relatively mild; Europe’s will be more brutal.” As for China, eminent economist Raghuram Rajan told me, on the record, that he believes we have seen “peak China”; with its economic growth slowing to 2.6%, unrest among the people because of too-stringent Covid control measures followed by a dramatic relaxation that left hospitals overflowing with new infections, many major companies over-extended and facing collapse, the days of sustained, relentless and soaring economic prosperity may begin to see an end for the East Asian giant in 2023.

Poor countries face great uncertainties as the new year dawns. Laid low already by food shortages resulting from the Ukraine war and resultant soaring prices for essential commodities, they are also bearing the brunt of skyrocketing energy prices, on top of which the strengthening dollar increases their import bills and hurts poor countries that are already hurting. Those (like El Salvador) who thought they might seek refuge in cryptocurrency are having to cope with the collapse of the crypto bubble, which has dramatically reduced the value and utility of cryptocurrencies around the world.

Is there no positive news at all amid this long tale of woe and gloom, you ask? There is some: environmentalists are happy to see the renewed emphasis on clean energy and renewable energy, partly driven by the sanctions on Russia over the Ukraine war, which have forced many countries to reduce their dependence on oil and gas. In the short term, though, coal and thermal energy is back in the mix to compensate for scarce and more expensive hydrocarbons. Indians seem more focused on the horrific realities of air pollution than ever before, which should, one hopes, lead to some actionable policy initiatives that will stop crores of us choking on foul air every day.

Till the China scare in mid-December, Covid was largely seen around the world as past, and we had witnessed a dramatic upsurge in tourism and the revival of the all-but-gasping hospitality industry. The world’s travellers had not yet re-attained pre-pandemic levels, though, before the new alarmism over alleged deadly variants of Covid emerging from China once again cast a damper on many people’s plans. In India, we have seen tourism pick up from Kashmir to Kerala, and the airline industry begin to return almost to pre-Covid schedules. As year ends, however, it remains to be seen whether the anxiety spreading from China’s new wave of Covid reverses those gains yet again.

I am inclined to leave the last word to the wise editors of The Economist : “In retrospect, the pandemic marked the end of a period of relative stability and predictability in geopolitics and economics. Today’s world is much more unstable, convulsed by the vicissitudes of great-power rivalry, the aftershocks of the pandemic, economic upheaval, extreme weather, and rapid social and technological change. Unpredictability is the new normal.”