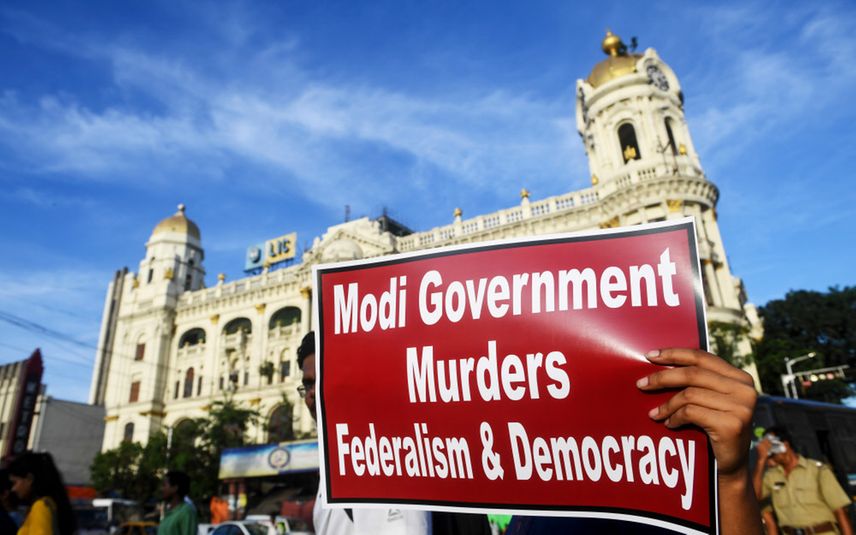 Later this week we mark the third anniversary of the Government’s abrogation of Article 370 and the conversion of the then-state of Jammu and Kashmir to two Union Territories. Since then, the situation in the fraught Kashmir Valley paradoxically seems both better and worse – better in the sense that tourism from the rest of India has gone up by leaps and bounds, and money is therefore flowing into the economy, but also worse because stories of sullen hostility and alienation of Kashmiri Muslims have greatly multiplied. But quite aside from the question of the ground situation in Kashmir, what are the larger lessons the act of abrogation actually taught us?

Let us never forget that the legal sleight of hand that enabled the changing of the status of Jammu and Kashmir was blatant. By claiming that (as the Indian Constitution requires) the concurrence of the State of Jammu and Kashmir was obtained, when it was under President’s Rule, and translating ‘State’ to mean the Governor New Delhi itself had appointed, the government had, in effect, taken its own consent to amend the Constitution! Worse, the decision was brought to Parliament (where the ruling party’s majority guaranteed its prompt passage) without consultation with the local political parties; with the Jammu and Kashmir state legislature suspended for more than six months; and with democratically elected political leaders under ‘preventive’ detention.

The governments wants us all to treat the issue as settled. But there is no question today, three years later, but that the legal issues merit more detailed consideration, and the public, which has largely applauded the outcome, needs to be reminded about the legal chicanery that had taken place. Equally, the Indian people need to know whether constitutional provisions were breached or worked around, even if the Supreme Court stubbornly refuses to hear the slew of cases filed on the matter.

However, the Government had completely ignored the well-established position in law that whatever you cannot do directly, you cannot achieve indirectly. It did not have the right to amend Article 370 without obtaining the consent of the people of Jammu and Kashmir; it, therefore, could not indirectly amend it in the absence of their consent. The Supreme Court has recognized that while something can be formally legal, the substance of it can be unconstitutional, a judgement that -- on this matter of Jammu and Kashmir -- the Supreme Court has, in its wisdom, chosen not to reiterate.

To summarize: By claiming that the concurrence of the state of Jammu and Kashmir had been obtained, when it was under President’s rule; by translating ‘state’ to mean the Governor the Modi government had appointed; and by interpreting ‘legislature’ to mean the Parliament in New Delhi rather than the body elected to represent the views of the people of Jammu and Kashmir, the central government showed utter contempt for the people of the state, and for the values of democratic decency that are meant to animate our political culture. And the general public in the rest of India, in careless disregard of all this, has applauded the ‘bold’ and ‘decisive’ actions taken by Prime Minister Modi in Kashmir. But what is preventing the same approach being adopted in the rest of India? Having set this precedent, couldn’t the Union Government declare President’s Rule in any state, and change its status, territory or governing arrangements with the “consent” of a Governor appointed by the Centre? What remains of our federalism?

In Kashmir, by first locking up and then marginalising democratic parties and their leaders, and still not holding elections three years later, the government has opened up the space for undemocratic forces. Indeed, news stories regularly tell us of Indian soldiers and police who have lost their lives fighting the very terrorists this move claimed to be eliminating. As reports of terrorist incidents – notably the targeted killing of Kashmiri Pandits and other Hindus in the state – increase, the state‘s leading politicians have been rendered irrelevant in promoting peace and powerless to stop extremism. New Delhi had claimed that the government was winning the battle against terrorism—but now it may have given a fresh lease of life to the terrorists, a new injustice for them to cite. The signs are that it may drive more misguided young Kashmiris to join them than ever before and place more of India’s brave and beleaguered soldiers in harm’s way.

Article 370 is history; it is clear that there is no public support in India as a whole for its restoration, and even Kashmiri politicians are now silent on the matter. But the way it was demolished offers important lessons for the rest of us – and it is not just the lessons the government would have wished us to learn.

Tharoor dismisses talk of withdrawing from Cong prez poll race, says 'it's a fight to the finish'