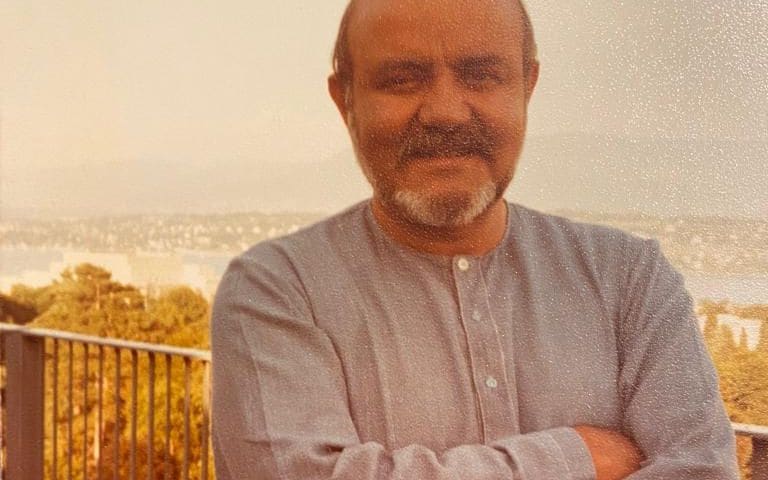 As Republic Day looms, I find myself thinking about the meaning of the national idea whose reification in our Constitution we celebrate on 26 January. I think back, in particular, to my friend and former UN colleague Ansar Hussain Khan, author of the polemical The Rediscovery of India: A New Subcontinent, which received excellent reviews when Orient Longman published it in 1996.

Ansar-bhai’s was an exceptional story: born to a Muslim family in 1926 in Calcutta—in undivided India—of Punjabi and ‘Mughal’ stock, he found himself a Pakistani on 15 August 1947. As a college student, Ansar Khan became a star debater at Lahore University and performed brilliantly, as a twenty-two-year-old, in the examinations newly conducted by the fledgling state in 1948 to identify promising young Pakistanis for service in the United Nations.

Despite thus becoming one of the first Pakistani officials of the United Nations, Ansar-bhai discovered, with his exposure to the world of the 1950s at UN Headquarters, that it was India he really identified with. The positions taken by Indian diplomats at the United Nations, their leadership in challenging apartheid, Nehru’s role on the Suez crisis, and the policy of non-alignment, all struck him as speaking to his own sensibilities, articulating his own soul. Pakistan, with its growing Islamization and bigotry, its collapsing governments and military coups, its craven adherence to western-led alliances like SEATO and CENTO, did not seem to him the country he had grown up in. That country, he averred, was India; why did he now have to be Pakistani when every fibre of his moral and intellectual being rejected the two-nation theory and abhorred what had become of his land?

He then shocked everyone at the UN by applying for Indian citizenship. At first no one took him seriously; a Pakistani UN official, and a Punjabi Muslim at that, wanting to be Indian? The very idea was laughable. But he persisted, writing to the Government of India, pestering Indian diplomats he met at the UN. Meanwhile, his peers and contemporaries from Lahore University were rising up the ranks of the Pakistan civil service, becoming powerful figures in the government. While some were prepared to regard his views as an eccentricity, others began to disapprove strongly, even accusing him of treason. Relations with friends and classmates became strained; one, a house guest of his old batchmate in Geneva, said, ‘If you don’t like being Pakistani, take a Swiss passport, an American one. No one in Pakistan will care. But Indian? That would be unforgivable.’

He stubbornly persisted; and after fighting for years—almost two decades -- to obtain an Indian passport because of his convictions, Ansar Hussain Khan finally received his wish. He surrendered his Pakistani passport and became an Indian.

When he finally obtained his Indian citizenship, it was at a high price in human terms; he was ostracized by his former compatriots, who refused him a visa even to visit his parents’ graves in Pakistan. His connections with classmates, long-standing personal relationships, all proved unavailing. He could never bow his head to his interred parents again, and that was a grief he took with him to his own grave.

A man of wide reading and great erudition, this secular Muslim offered me one of the best definitions I know of the Hindu concept of dharma: ‘That by which we should live.’ But his views on Indian history were, to put it mildly, idiosyncratic. In 1996 he published The Rediscovery of India: A New Subcontinent, startling his readers by suggesting that the solution to the subcontinent's political problems would lie in the open adoption of Hindutva by India and of Islamiyat by Pakistan, which would enable both governments to speak a common language and so come to a modus vivendi.

I was unpersuaded by his logic, and even more unimpressed by his unrequited love affair with the BJP (with whose leaders he conducted a largely one-way correspondence). His vision of the subcontinent’s future – he envisaged an amicable confederation of the successor states of the Raj, as one way of undoing the wrongs of history as well as solving the dilemmas of the present, like Kashmir – seemed to me completely unrealistic. Yet the manner in which Ansar-bhai marshalled his facts and the vigour of his analysis made him a pleasure to read. Ansar Khan's pan-Indian patriotism did not oblige him to mince words, and he pulled no punches: "Bumbling along, inflicting self-injury, without one principle to rub against another, is the Indian truth, and the Indian style."

Sadly, the strains and stresses of his conflicted identity were too much for him to bear. Ansar-bhai was living in retirement in Geneva, Switzerland, with his gentle Swiss wife Anita, when he snapped. He pulled out a gun one morning and shot her dead. He called the police, turned himself in, and succumbed himself to a heart attack in the police lockup on the very same day.

It would be facile to suggest that it was his nationalism that killed Ansar Hussain Khan. But the question of his nationality exercised his complex mind daily; it came up in almost every conversation we had. Indians were quick to embrace him; he was one of the ‘prominent citizens’ invited by the Indian Permanent Mission in Geneva to meet prime ministers and other prominent dignitaries when they came visiting from India. I would see him there, in his long formal achkan and his shining bald head, looking for all the world like an avuncular proconsul. But to most Indian officials it was his astonishing choice that defined him; he was always the Pakistani who switched sides, just as he would always remain, in Pakistani eyes, the traitor who crossed over to the enemy.

Ansar-bhai’s story is more than that of an individual. It tells us something of what happens when nationalism divides, when its weight becomes too oppressive, and when ineradicable borderlines are drawn through people’s hearts and minds. Ansar Hussain Khan was the last casualty of the Partition of India.

This story has been updated with Ansar Khan’s photo