Vaccines, Innovation and Climate Change: 2022 is an year to watch for

Whichever way we look at it, the world is likely to witness a period of increasing tensions. And how New Delhi will be able to cosy up to the Western democracies while promoting the hate-filled politics of Hindutva at home will be an interesting conundrum to watch playing out in the year ahead. 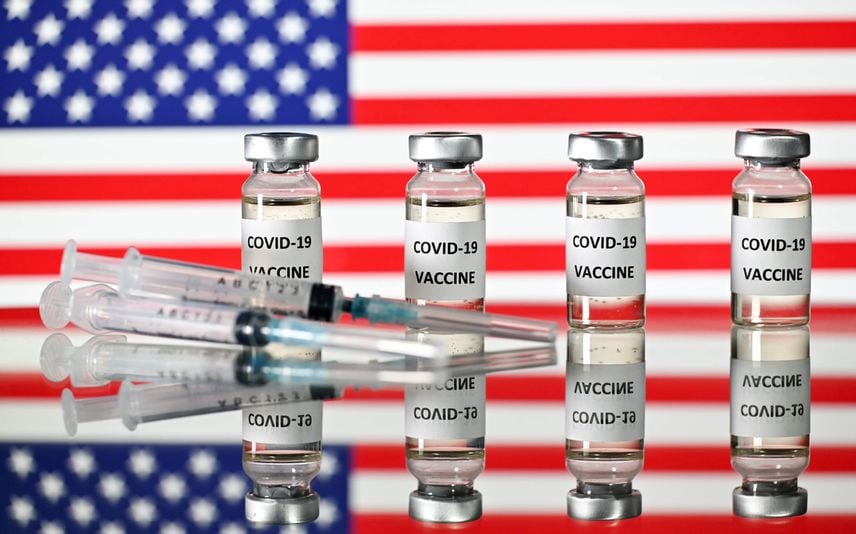 As 2022 gets under way, it may be time to look at some of the major trends - megatrends? -- we can expect to see evolving in the next year.

Vaccines: Yes, the subject of coronavirus vaccines refuses to go away, with Omicron having increased pressure on the authorities to provide for booster shots (oddly called 'precaution' vaccines in India). Whereas in the West, it's the Moderna, Pfizer-BioNTech and Johnson&Johnson shots that gained widespread acclaim, in India two new vaccines are being hailed as medical triumphs, Covovax and Corbevax, with either or both being preferred by experts to the now-venerable Covishield and the less-successful Covaxin. Manufacturing numbers of all these have shot up with record speed. Still, we are far from resuming normal life, meeting and mingling freely, socialising and partying as before. The post-Christmas restrictions reimposed by the Delhi government ended the year on a sombre note just weeks after a false sense of normalcy had allowed many to imagine we were already living in a post-Covid era. Expect vaccines to feature significantly in our lives in 2022.

Innovation: The vaccines themselves testified to the dizzying rapidity of scientific and technological innovation that marks our time. They were produced with astonishing speed once Covid broke out and its depredations were understood. Working from home transformed video-conferencing, innovations in telemedicine are soaring, and every week brings rumours of dramatic new breakthroughs in Artificial Intelligence, robotics and other fields that will make our daily lives unrecognizable before we have celebrated many more new years.

Deglobalisation: Though it is too early to assert this with any certitude, it seems increasingly likely that Covid-19 has inaugurated an era of deglobalisation. The signs are mounting that the world may embrace isolationism and protectionism, including in India, where atma-nirbharta is the new mantra. The reasons are clear: The pandemic has confirmed, for many, that in times of crisis, people rely on their governments to shield them; that global supply chains are vulnerable to disruption and are therefore unsustainable; and that dependence on foreign countries for essential goods (such as pharmaceuticals, or even the ingredients that go into making them) could be calamitous. Nations tried aggressively to acquire medicines and vaccines for their own people at the expense of each other. There is a rush to reset global supply chains and raise trade barriers: the demand for more protectionism and 'self-reliance', for bringing manufacturing and production value chains back home or at least closer to home (and away from China), is mounting everywhere. Along with free trade, the global flow of capital and investments, multi-border pipelines and energy grids, as well as easy and convenient international travel across free and open borders, all seem vulnerable in 2022. The tourism and hospitality industries, which have suffered grievously during Covid, can only hope for a slow recovery.

Entrepreneurship: At the same time, entrepreneurship, paradoxically, has received a promising boost. Whether in India or in America, people are starting businesses, perhaps also because regular employment is much more difficult and where available, unappealing. Analysts report an especially large jump in people working for themselves, whether as consultants or running their own one-man enterprises, relying on the Internet to market and sell their products. Of course many of these ventures may not flourish, and some may not survive. Still, it's inspiring to see Indians venturing into hundreds of startups, 42 of which have even entered the 'unicorn' club of businesses valued at over a billion dollars. Perhaps it's also a reflection of the pandemic that prompted many individuals into deciding that they should live their dreams now or never.

Geopolitics: Whichever way we look at it, the world is likely to witness a period of increasing tensions, as China abandons talk of its 'peaceful rise' to aggressively assert itself in its neighbourhood. Tensions have been rising in Taiwan, in Hong Kong, in the South China Sea and on the hotly-contested border with India. Meanwhile India has to cope with the consequences of a fanatical Taliban regime in Afghanistan, a belligerent Pakistan encouraging cross-border militancy in Kashmir, and the consequences of its own dysfunctional domestic politics for internal security. How New Delhi will be able to cosy up to the Western democracies while promoting the hate-filled politics of Hindutva at home will be an interesting conundrum to watch playing out in the year ahead.

Climate change: With COP 26 in Glasgow, climate change returned firmly to the top of the global agenda. How do we prevent the planet from warming past a critical threshold, and what can each country contribute towards curbing emissions? With India's energy requirements expected to grow faster than any other country's in the next two decades, the Government made aggressive announcements of scaling up its production and use of renewable energy, which currently only accounts for 18% of our electricity generation. India's explicit commitment to phasing down coal was accompanied by a pledge to achieve net zero by 2070. At COP26, India updated its Intended Nationally Determined Contributions (INDCs, which it must fulfil by 2030) to increasing its installed renewable-energy capacity to 500 GW, meeting 50 per cent of national energy requirements from non-fossil fuel sources, reducing carbon emissions by 1 billion tonnes and bringing down its carbon emissions intensity (which measures emissions per unit of economic growth) by 45% from 2005 levels. All of these will require a brisk start in 2022.

Blessed with abundant sunshine, India has become an enthusiast for solar power, pledging to attain 40 GW of green energy from rooftop solar installations by 2022. But it is not on track, having achieved barely 20% of that target so far. Vast amounts of solar energy cannot be generated overnight, and battery storage remains expensive, while green hydrogen technology and facilities are still unavailable in India. Wind energy is miniscule, and the country does not have significant oil and gas reserves. Nuclear power accounts for less than 2% of our electricity generation, and plants constantly face opposition from residents of surrounding areas in India's fractious democracy. Meanwhile, climate disasters keep striking our country. It's going to be an uphill climb.