The dignity of his people mattered enormously to Ambedkar, as did their capacity for self-respect.  'Learn to live in this world with self-respect,' Ambedkar had told young Dalits in Bombay, and he embodied that dictum in his own life.

On October 1st, the publication day of my new (and short) biography of Babasaheb Dr Bhimji Rao Ambedkar, I had the great privilege of presenting the first copy to the Trustees of Deeksha Bhoomi in Nagpur, the site of his famous conversion to Buddhism in 1956. Since it was my first visit to the spot, to do so on such a special occasion - which also marked the first day of my campaign for the Presidency of the Indian National Congress party - was a moving experience for me.

It is difficult today to imagine the scale of what Dr Ambedkar accomplished. To be born into an 'untouchable' family in 1891, and that too as the fourteenth and last child of a poor Mahar subedar in an Army cantonment, would normally have guaranteed a life of neglect, poverty, and discrimination. Not only did Ambedkar rise above the circumstances of his birth, but he achieved a level of success that would have been spectacular for a child of privilege. One of the first Dalits ever to enter an Indian college, he became a professor (at the prestigious Sydenham College) and a principal (of no less an institution than Bombay's Government Law College). One of the earliest Indian students in the United States, he earned multiple doctorates from Columbia University and the University of London, in economics, politics, and law. An heir to millennia of discrimination, he was admitted to the bar in London and became 'India's James Madison', as the chair of the Constitution Drafting Committee. The son of illiterates, he wrote a remarkable number of books, whose content and range testify to an eclectic mind and a sharp, if provocative, intellect. An insignificant infant scrabbling in the dust of Mhow in 1891 became the first law minister of a free India, in the most impressive cabinet ever assembled in New Delhi. When he died, aged only sixty-five, he had accumulated a set of distinctions few have matched; only one remained. In belated recognition of that omission, he was conferred posthumously in 1990 the highest award his country has to offer-the Bharat Ratna.

Dr Ambedkar's greatness cannot be reduced to any one of these accomplishments, because all were equally extraordinary. Think of what he was born into, what he endured and who he became, and even this bare outline of his life should take one's breath away. And yet many feel posterity has yet to get the measure of the man. 'History,' wrote Arundhati Roy, 'has been unkind to Ambedkar. First, it contained him, and then it glorified him. It has made him India's Leader of the Untouchables, the King of the Ghetto. It has hidden away his writings. It has stripped away the radical intellect and the searing insolence.' 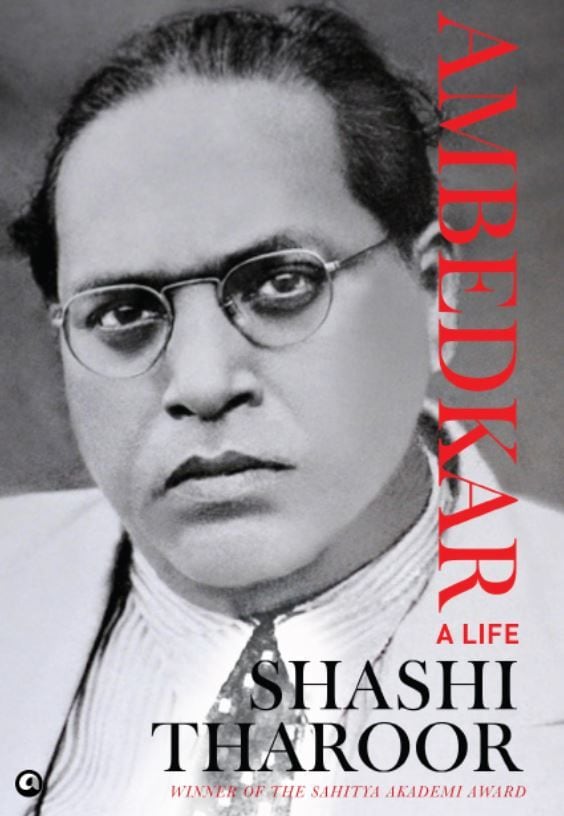 Whereas some of those who seek to stand on Ambedkar's shoulders today acknowledge his role in fighting discrimination against Dalits, and others honour his Constitution-making, they do not engage with the totality of his political and economic vision. Ambedkar's concerns and doubts about Indian democracy and his leftist view of political economy and labour rights are usually conveniently overlooked by his professed admirers. They prefer instead to do exactly what he warned against-to worship him as an idol, an act of 'bhakti' rather than the critical engagement he might have welcomed.

Reviewing Ambedkar's colossal achievements requires us to neither restrict him to his role as the great emancipator of India's Dalits, nor to glorify him as a saint above criticism, but rather to embrace his life and his ideas as a whole (including some 17,500-odd pages of Ambedkar's writings and speeches), the activism and the politics, the triumphs and the failures that marked his extraordinary impact on India's public consciousness. Much of this has to do with the words he used, the ideas he expressed in his written and spoken work, and the passion with which he pursued them. This was in keeping with the memorable teaching of Sant Tukaram: 'We possess the wealth of words. With weapons of words we will fight; words are the breath of our life, we will distribute the wealth of words among the people. Tukaram says that the words themselves are gods, our pride, only those we choose to worship.'

Tukaram's devotee, Ambedkar, imbibed this lesson well. 'Men are mortal and so are ideas,' he argued. 'An idea needs propagation as much as a plant needs watering. Otherwise both will wither and die.' One of his key ideas was the importance of self-respect and human dignity. A perceptive scholar, Aakash Singh Rathore, has noticed that the word 'dignity' recurs some 150 times in Ambedkar's writings and speeches; it is a concept that rarely seems to receive comparable attention from other nationalists of India's founding generation. In Rathore's words,
Dignity, for Ambedkar, is precluded by caste. Brahminism, with its principle of graded inequality, prescribes graded dignity - different status and rank for different castes. But even more so than the concept of equality, the concept of dignity will brook no gradation; every gradation of dignity is degradation of dignity. Its absoluteness is its hallmark. Not so for Gandhi.... Ambedkar argues that the social and moral consequences of caste separation espoused by Gandhi in his ideal theory of varna ... are degrading to those condemned hereditarily, in that ideal system, to serve the other varnas: 'It educates them into slaves and creates all the psychological complex which follows from a slave mentality .... There is, on the one hand, tyranny, vanity, pride, arrogance, greed, selfishness' in the varnas hereditarily entitled to service from others; 'and, on the other hand, insecurity, poverty, degradation, loss of liberty' as well as loss of self-reliance, loss of independence, and loss of 'dignity and self-respect' for those condemned merely to serve.

The dignity of his people mattered enormously to Ambedkar, as did their capacity for self-respect. 'Learn to live in this world with self-respect,' Ambedkar had told young Dalits in Bombay, and he embodied that dictum in his own life.