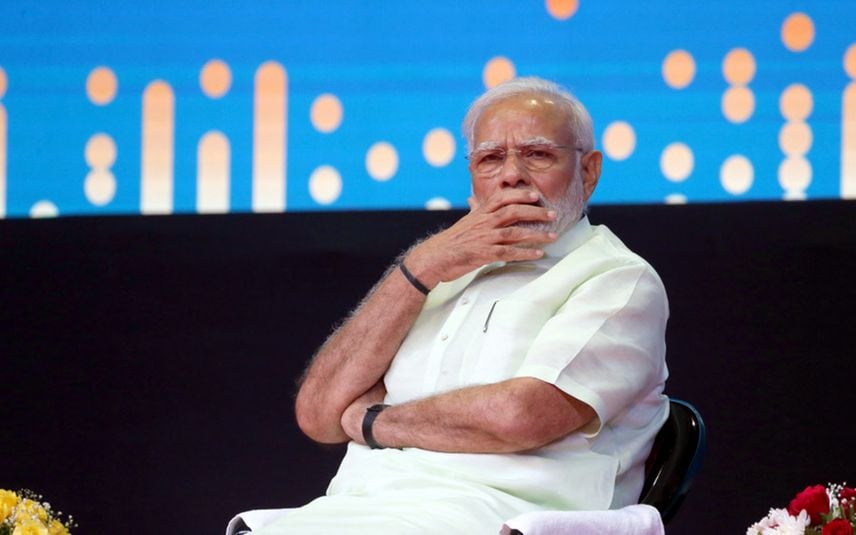 As Delhi is abuzz with rumours of an impending Cabinet reshuffle, perhaps as soon as this coming week, I must confess to feeling rather wistful about Prime Minister Narendra Modi's once oft-repeated maxim, 'minimum government, maximum governance'. I have no illusions about the fact that the Prime Minister's talent for sound-bites is not often accompanied by matching action. But the size of his Cabinet over the years has confirmed that his definition of 'minimum government' is rather stretchable.

When Mr Modi began his innings in government with a Council of Ministers of just 44, including the allocation of several related portfolios to select ministers, it seemed he might actually be serious about reducing the size of our central government. According to our Constitution, 'there shall be a Council of Ministers with the Prime Minister at its head, to aid and advise the President who shall, in the exercise of his functions, act in accordance with such advice'. But the Constitution was for a long time silent on the size of such a Council. Ministers are appointed by the President on the advice of the Prime Minister (Art. 75.1) and the PM decides not only how many Ministers he or she wishes to have, but what portfolios they will be allocated. There is nothing immutable about the specific ministries of government, which can be created, merged or dissolved by a PM at will.

While this has made for varying sizes of Councils of Ministers over the years, the Administrative Reforms Commission suggested that ten per cent of the total membership of the Lok Sabha (i.e., 54 ministers, including Cabinet Ministers, Ministers of State, and Deputy Ministers, the three recognized categories of ministerial office) is the ideal size. But this has been exceeded in practice by every Government of India since Indira Gandhi's day. The Constitution (Ninety-First Amendment) Act, 2003, passed during the tenure of Atal Behari Vajpayee, now formally limits the size of the Council of Ministers to 15% of the strength of the lower house. Since the Lok Sabha has 543 members, that suggests an upper limit of 81 ministers. The Modi Government has come closest to that number, with 76 Ministers, but still has room for five more. With elections looming in multiple states this year, he might be tempted to send signals to influential sections of voters by naming 'their' representatives as Ministers. One hopes he does not.

Of course, the reasons for the ballooning size of ministerial councils have nothing to do with administrative logic; the calculations involved are unabashedly political. In a large and diverse democracy like India's, ministerial appointments need to reflect the range and diversity of the country: all regions of India must be represented, whether or not the ruling party or coalition has worthy candidates from all regions, and this being India, the same logic used to apply to all religions and castes, until Mr Modi decided he could dispense altogether with Muslim Ministers. Appointments are also made to reward long political service, to quell brewing dissent, to test mettle, to grant rewards and to send a signal to the appointee's state in advance of assembly elections. Whether or not the recipient of such ministerial honour is actually capable of doing the work allotted, is often beside the point. It is accepted that the country is really run by the bureaucracy and by a key handful of top ministers and technocrats (usually former bureaucrats) handpicked for powerful positions by the Prime Minister.

Over the years, the tendency to use the Council of Ministers to offer political rewards to MPs meant that other practices developed that moved the government away from administrative efficiency in the interests of distributing ministerial rank. The position of Parliamentary Secretary, used to reward young MPs, usually first-termers, who worked as understudies to their Ministers, was discontinued. More surprisingly, the slots of Deputy Ministers, commonly filled in the Nehru governments, fell into disuse as well. The intermediate level of Ministers of State (MoS) became the de facto deputy ministers, devaluing the rank. Over successive governments, many MoS'es complained of having no work allotted to them, and no authority over the work that did come their way. While, as MoS for External Affairs, I benefited from a genuine division of responsibility and served as de facto Minister for Africa, the Middle East and Latin America, as well as for passport and consular matters, policy planning and for the Haj, when I was MoS in the Human Resource Development Ministry, no files stopped their journey at my desk except on their way to the Cabinet Minister, with whom ultimate decision-making on all issues resided. This meant my role was limited to influencing and articulating policy, but not to making it. (I could not resist tweeting, as the Modi government was being sworn in, that 'being MoS is like standing in a cemetery: there are a lot of people under you, but no one is listening.')

Mr Modi's first Council of Ministers, which was the smallest one for decades, seemed a refreshing change from this usual practice. It seemed he was determined not to worry about giving ministerial office to his own party's experienced seniors, many of whom were sidelined, or to touching all political bases or even to stocking his Council with the right number of minorities, lower castes and so on. Many of us grudgingly acknowledged in 2014 that a streamlined government might well mark a major departure for a political class overly fond of the perks of ministerial office - the cars with red beacons, the offices and extra staff - rather than their ministerial duties. We looked forward to seeing what fewer Ministers could accomplish, apart from reducing traffic congestion in Lutyens' Delhi.

But in his first cabinet reshuffle, Mr Modi increased his Council of Ministers by 50%, from 44 to 66, and has since added ten more. If his initial cabinet gave him bragging rights over his predecessors in speaking of 'minimum government', especially thanks to his placing some related ministries (coal and power, for example) under the same minister, now his government looks as bloated as possible. Currently he has 31 Cabinet Ministers and 45 Ministers Of State, two of whom also serve as Ministers Of State (Independent Charge). With the next reshuffle, Mr Modi's minimum government may soon reach the maximum permissible size.

So has Mr Modi missed a trick here? Let's see what the reshuffle brings, and in my next column, I'll draw some conclusions - as well as offer an alternative vision that really could deliver the 'minimum government' he speaks of.