Roberto Calasso gave old stories new meaning. With his passing, we will have to find new meanings in the stories he was yet to tell 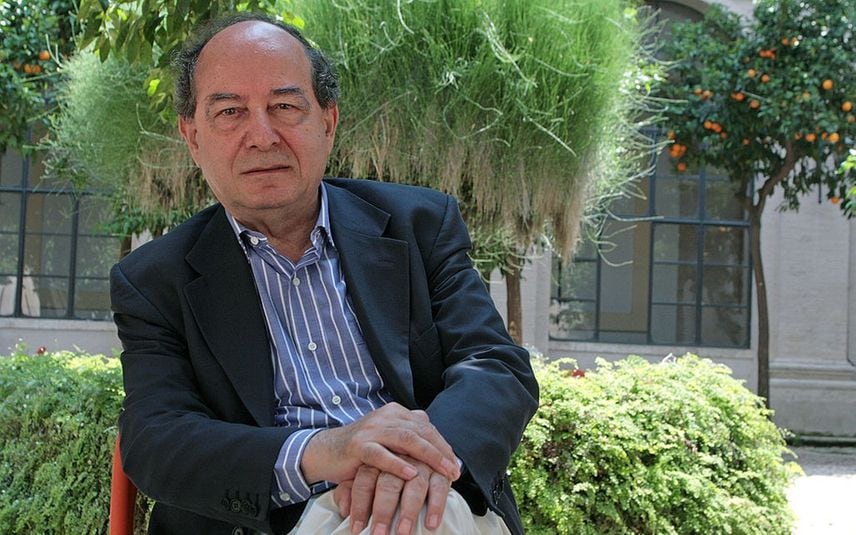 The death on July 28, at the age of 80, of Roberto Calasso, hailed by Pratap Bhanu Mehta as 'one of the most encyclopaedic, playful, lyrical and acute minds to have ever graced the world of letters', impoverishes us all, but particularly those of us who care about the stories he told with such intelligence and brilliance - stories, mainly, from the ancient myths and legends of the world's great cultures.

Indian readers should know him for his magnificent 1998 book Ka: Stories of the Mind and Gods of India. Ka is a question: 'Who?' Who, asks the 121st hymn in the 10th book of the Rig Veda, the most venerable of the sacred books of the Hindus, composed by the Aryan people of India 4,000 years ago -- 'Who is the god to whom we should offer our sacrifice?'

Ka is also an answer: Calasso's book, a quite magnificent evocation of, as its subtitle would have it, the 'stories of the mind and gods of India.' Its author taught himself Sanskrit to delve into the ancient sources of Indian philosophical tradition. The result is an astonishing synthesis of myths and legends, philosophical inquiry and speculative narrative.

From that piece of pre-classical postmodernism Calasso spins a web of stories, seamlessly flowing from the Mahabharata through the Puranas to the death of the Buddha. 'When the real has sunk away in space and time,' he writes, 'all that is left is a dark room where words ring in the ear.'

Calasso had already done for Greek mythology what he here attemped with the ancient Hindu texts. In his remarkable The Marriage of Cadmus and Harmony (1993), he reinvented the entire Greek corpus in a brilliant account of the dawn of the Western world, showing myth as essential to mankind's understanding of itself. His skill at combining narrative and meditation was already manifest in The Ruin of Kasch (1983), in which he melded a variety of intellectual traditions, including revolutionary French and Vedic Indian, in an account of the destruction of the past and the birth of the present.

'In every story, if you go back,' Calasso writes, 'as far back as you can, to the point where every horizon disappears, you find a snake, the tree, water.' And these creatures and elements are often present in his retelling of stories from the ancient epics (including an admirably deft summary of the Mahabharata), as well as the Vedas and a variety of classical texts, from the Satapatha Brahmana to the BrihadAranyaka Upanishad.

But also present, infusing the stories and rising above them, are more abstract Hindu ideas -- the nature of the human mind, the origins and extent of self-consciousness, and the intellectual bandhus or bonds, 'the connections woven into all that is.' Calasso makes connections across a daunting range of texts and stories, linking a hymn from the Rig Veda to an account of a moving philosophical exchange between the sage Yajnavalkya and his wife Maitreyi and an inventive story of a fight between gods, all in a book that goes on to explore the impact of a reformist Buddhism on the religion of the Vedas.

Calasso's erudition was enriched by a pointillist ability to retell ancient stories in a way that captures our contemporary imaginations. ('It was as if everybody were suddenly tired of doing things that had meaning. They wanted to sit down, in the grass or around a heap of smoldering logs, and listen to stories.') His style is replete with digressions and asides that dart from references to German scholars of Hindu mythology to delightfully irreverent allusions to Kafka and Proust.

Calasso's evocation and reinterpretation of the role of the sacrifice are key to his book; he understands that sacrifice is not just a major element in Hindu ritual but is central to its philosophical essence. The onset of kali-yuga, the contemporary era, the age of destruction, is marked by the ineffectiveness of sacrifice: 'Sacrifice, this undertaking within which exactitude and truth might be measured, could no longer hold up on its own, in its keen-edged abstraction. It turned into war.'

The theme of sacrifice also reveals Calasso's ability to complement his re-creations of legend with startling insights all his own. His magisterial evocation of the asvamedha, the fabled horse sacrifice performed by expansionist emperors -- in which a rare white stallion is set free to roam the land, extending the boundaries of the kingdom wherever it goes, before returning to be sacrificed in an elaborate ritual -- has never been bettered. But after the story of the sacrifice, Calasso mentions that travellers in the domain who could not answer questions about the asvamedha were robbed: Their ignorance of the sacrifice made them fit to be assaulted. 'The victim of robbery,' Calasso observes, 'is he who does not know. Thus [the ancient Indians] set out to base conquest on knowledge. For all the peoples who lived around them, all who came after them, the opposite was true: they set out to base knowledge on conquest.'

Speculating about the pariplavas, the lost stories of gods and kings traditionally told during the wanderings of the sacrificial horse, Calasso muses that 'those stories don't give the impression of being lost to us, rather of occupying a space within a frame, a space at once empty and clearly delineated. And in this case it is the frame that is the real center of the picture. The frame is the story of the stories . . . [which] contains all the other stories.' Calasso understands the centrality of storytelling in the culture of the sacrifice. 'Narrative,' he notes, 'emerged during the wait, the long wait for the horse's return. And it was a way of preventing the relationship with the wandering horse from being broken.'

Roberto Calasso managed to be both a publisher and a writer, a pair of professions many writers might consider mutually incompatible. But difficult and unusual combinations are his strength. Ka synthesizes abstruse philosophical arguments and parables from the ancient Hindu texts so that the book is simultaneously a work of ideas and of stories.

The editors of book review sections had a hard time deciding which category to list Ka under. For it is full of dazzling fictions without being a work of fiction; and it has too many stories to be comfortably classified as nonfiction.

Both of these qualities are perfectly summed up in an epigraph from the Sanskrit treatise the Yoga Vasistha: 'The world is like the impression left by the telling of a story.' So is the feeling you have when you turn the last page of this moving, exhilarating, extraordinary book.

Roberto Calasso gave old stories new meaning. With his passing, we will have to find new meanings in the stories he was yet to tell.

No vision, no philosophy, this is an announcement Govt