There is a struggle taking place between these two ideas of India. One rests on a narrow conception of Indianness. The other is broader, capacious, and inclusive. 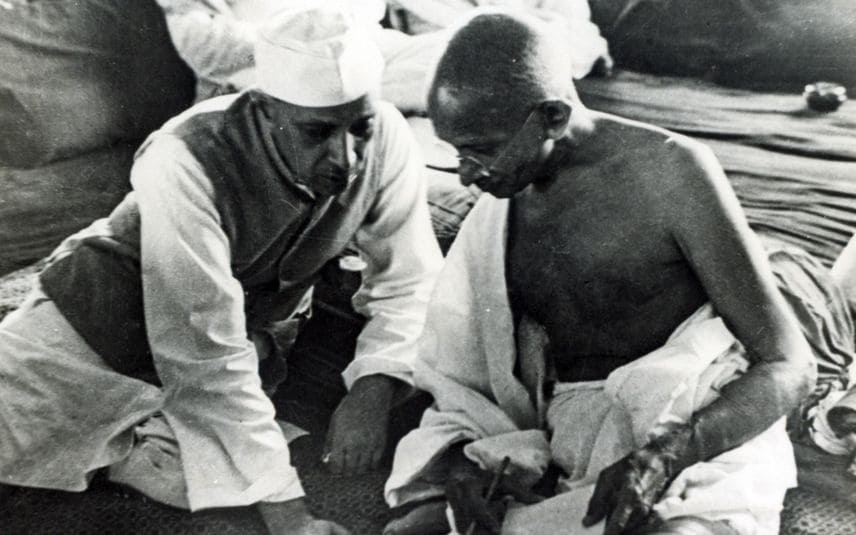 At midnight on 15 August 1947, independent India was born as its first prime minister, Jawaharlal Nehru, proclaimed 'a tryst with destiny...a moment...which comes but rarely in history, when we step out from the old to the new, when an age ends, and when the soul of a nation, long suppressed, finds utterance.' With those words he launched India on a remarkable journey- creating a national identity out of a country that many said could not be a nation at all. Over the next three years, his colleagues endowed the nation with a Constitution that pledged the new nation to liberty, equality and fraternity, the ideals for which the freedom movement had struggled.

How have we fared in the 75 years since that midnight moment? 'India,' Winston Churchill once snarled, 'is merely a geographical expression. It is no more a single country than the Equator.' Although Churchill was usually wrong about India, it is true that no other country in the world embraces the extraordinary mixture of ethnic groups, profusion of mutually incomprehensible languages, varieties of topography and climate, diversity of religions and cultural practices, and range of levels of economic development that India does.

And yet India, as I have repeatedly argued, is more than the sum of its contradictions. Those contradictions were repeatedly stressed by British rulers in self-justification for their rule. Thus Benjamin Disraeli argued that India was not a nation: it lacked a common language, a common religion, a shared tradition, a historical experience, a cohesive majority, and a defined territory, all of which he regarded as the essential ingredients of a nation. But Indian nationalists had an effective riposte. India is a country held together, in the words of Nehru, 'by strong but invisible threads...a myth and an idea, a dream and a vision, and yet very real and present and pervasive.'

Whichever way one thinks about it, the challenge of constructing India is immense. It is a land inhabited at the start of the third decade of the twenty-first century by 140 crore individuals of almost every ethnic extraction known to humanity. It has given birth to four major religions and offers a home to many more; it preaches doctrines of spirituality and wisdom, anchored in universalism and inclusivity, while still being afflicted by a caste system that visits grave disabilities upon millions of its people. It has two major classical musical traditions (Carnatic and Hindustani) to go with innumerable folk disciplines; multiple classical dance forms (Kathakali, Kuchipudi, Bharata Natyam, Kathak, Manipuri, Odissi and so on) that create a rich jambalaya of diverse cultures; it graduates more engineers than any other countries and produces by far the largest number of films in the world. In the phrase of the American poet Walt Whitman, it is vast; it contains multitudes. Is there even, one might well ask, a single unchallengeable idea of the Indian nation?

Yes, there is. I have written in my book An Era of Darkness about how the notion of Bharatvarsha in the Rig Veda, of a land stretching from the Himalayas to the seas, contained the original territorial notion of India; for the bounds imposed by the mountains and the oceans created common bonds as well, making the conception of India as one civilization inhabiting a coherent territorial space and a shared history truly timeless. There are deep continuities, therefore, in the imagining of Indian nationhood, that transcend centuries of internal division. In that sense, the idea of India is as old as antiquity.

However, the idea of India as a modern nation based on a certain conception of human rights and citizenship, vigorously backed by due process of law, and equality before law, is a relatively recent and strikingly modern idea. Earlier conceptions of India drew their inspiration from mythology and theology. The modern idea of India, despite the mystical influence of Tagore, and the spiritual and moral influences of Gandhiji, is a robustly secular and legal construct based upon the vision and intellect of our founding fathers, notably Ambedkar, Nehru, and Patel. The Preamble of the Constitution itself is the most eloquent enumeration of this vision of the national project.

In my recent book The Battle of Belonging I have argued that India's is a civic nationalism, anchored in the Constitution and its liberal democratic institutions, a nationalism of belonging rather than of blood. Speaking for myself, when I refer to my own nationalism, spurn any non-Indian allegiance, and proudly wear a tricolour lapel-pin every day, I am really subscribing to a patriotism that rests on this conception of India - a love of my country because it is mine, anchored in these institutional and constitutional foundations. To me, Indian nationalism derives its political legitimacy not from ethnicity, religion, language, culture, or any of the immutable trappings that people acquire from birth, but from the consent and active participation of our citizens, as free members of a democratic polity.

For our nationalism to rise above the 'Hindi-Hindu[tva]-Hindustan' idea of India proclaimed by the present ruling dispensation, we must preserve the idea of India embedded in the Republic our founding leaders created - sustained by liberal democratic institutions, constitutionalism that guarantees freedom of speech and association, and representative democracy that empowered the individual citizen irrespective of caste or creed, region or religion, language or literacy. When our present rulers tell us that to disagree with them is anti-national, or that to be a true Indian one must be a Hindi-speaking Hindu, we can answer by pointing to the Constitution, whose idea of India they so shamelessly disregard. The true Indian patriot will tell you that in our democracy you don't really need to agree all the time -except on the ground rules of how you will disagree.

Dividing our people into majority and minority, Hindu and Muslim, Hindi-speaker and Tamil, nationalist and anti-national, is fundamentally un-Indian and fails to reflect the real nature of our society. The suggestion that only a Hindu, and only a certain kind of Hindu, can be an authentic Indian is an affront to the very premise of Indian nationalism. Uniformity comes at the price of unity; the insistence on conformity destroys the imperative of consensus. An India that denies itself to some of us could end up being denied to all of us.

As we mark the 75th year of our independence, there is a struggle taking place between these two ideas of India. One rests on a narrow conception of Indianness; it is intolerant of difference and suspicious of diversity, and seeks revenge upon history by perpetrating new wrongs today. The other is broader, capacious, and inclusive, accepting of difference and embracing diversity, secure that these are best accommodated in democratic institutions and processes sustained by our constitutionally-guaranteed freedoms. Which idea prevails will determine the character of the India that will celebrate its centenary a quarter of a century from now.