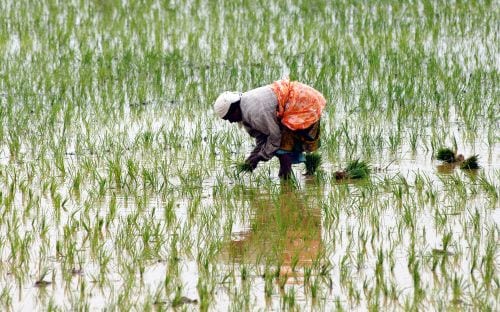 Looking at the demographic patterns, Kerala has the country’s lowest growth rate, population grew 56% between 1971-2011, fertility rate is 1.7

In my last column, I wrote about some issues that arose in Hyderabad in an interesting and unusual conclave called the “Dakshin Dialogues” convened by South First. They marked the rise of a new Southern consciousness that the workings of our federal system are increasingly skewed in ways that have been exacerbated by the policies and attitudes of the current BJP-led Union government.

I believe that the country should pay attention to the greater dangers arising from the issues discussed in the previous column. These have arisen from the fact that skewed population growth in poorly-performing northern states has entitled them to a larger share of tax revenues, as well as enhanced political clout in Parliament after the 91st Amendment (freezing such matters on the basis of the 1971 Census) lapses in 2026.

Take the demographic patterns, for example. While northern states like Bihar, Jharkhand, Madhya Pradesh, Rajasthan, and Uttar Pradesh had a decadal population growth rate of over 20 per cent between 2001 and 2011, southern states like undivided Andhra Pradesh & Telangana, Kerala, Karnataka, and Tamil Nadu grew at less than 16 per cent in the 2001–11 period. Kerala has the country’s lowest growth rate (4.9 per cent over the decade of 2001–11, and dropping, it is estimated, to negative growth in the next census). That is one-fifth of Bihar’s growth rate. If one looks at the bigger picture, Kerala’s population grew 56% between 1971-2011, Tamil Nadu’s 75%, but Rajasthan 166%, Bihar 146% and UP 132%. There are reassuring claims that all these numbers are in the process of converging as family sizes go down everywhere, but the fact is for now the divergences seem set to continue: Tamil Nadu’s fertility rate is 1.6 and Kerala’s 1.7, whereas UP’s is 3 and Bihar’s 3.2.

This raises the question: Why should Kerala be punished for its impressive performance by receiving less revenue from the Finance Commission and also losing seats in Parliament, thereby being forced to dilute its voice in national affairs? Why should Tamil Nadu’s reward for extraordinary economic success, sustained growth and population control be lower tax revenues from the Centre?

The government’s answer would be that those are the rules of democracy: one-person-one-vote means the more people you have, the more political clout, and tax rupees, you get. But in a country like India, whose diversity is held together by a sense of common belonging but whose civic nationalism must accommodate a range of states with divergent levels of development, it is essential that all feel that their common nationhood is a winning proposition for them. In a country where regional, religious, and linguistic tensions are never far from the surface, such an answer—’we have more people, so we will have more money and more power’—risks rupturing the fragile bonds that hold us all together.

As it is, the Hindi–Hindutva–Hindustan politics of today’s BJP is very different from the conciliatory coalition-building of the Vajpayee era when the BJP was last in power. Their blatant majoritarian triumphalism, the brazenness of the Hindi supremacism that infuses their discourse, their unabashed expression of communal bigotry and the culture of Aryavrat domination that infects their attitudes, have already raised disquiet among many Southern politicians. Allied to this is an insensitive and inept management of crucial federal issues, such as the botched allocation to states of funds from the State Disaster Risk Management Fund (SDRMF) for relief measures during the coronavirus lockdown. If the Modi government compounds its economic fecklessness with political recklessness, it could plunge India into turmoil.

We have already seen how much the South is aggrieved by the ruling party’s aggressive promotion of “linguistic nationalism” and increasing calls for the adoption of Hindi as the national language. The three-language formula is breached by Hindi-speaking states that are complacently soaking up the benefits of their mother tongue’s increasing dominance while disregarding their obligation to teach and learn a southern language; meanwhile, southern civil servants are suffering the burden of the government’s increasing linguistic homogenization, while English is daily disparaged with scant regard for the utility to India of its officialdom mastering a world language. The financial and political consequences of this attitude threaten the very unity of India, since the South would face political disenfranchisement to go along with its sense of financial victimization—a combination that is bound to generate resentments that can spill over beyond the confines of quotidian politics.

Such concerns should ignite deep disquiet among all well-wishers of Indian democracy, and all inclusive-minded Indian nationalists. The only remedy is to acknowledge that we need a more decentralized democracy, one in which the central share of tax resources is not so crucial, and the political authority of New Delhi not so overwhelming. That could make the concerns raised at the Dakshin Dialogues less relevant. But as long as our system is what it is, we need to run it sensitively. That is something that the Modi government has so far failed to do. If the government is genuinely conscious of these concerns, it should convene a serious discussion, perhaps through the Niti Aayog, with the Southern states to discuss their concerns and apprehensions and explore formulae for resolving them – before matters escalate into a crisis.

The South is both literally and metaphorically invested in the North, and in the collective India of which we are all proud. We are as passionate about the idea of India as anyone in the north is. But that India – in keeping with the vision of giants like Gandhiji, Tagore and Nehru -- should be pluralist, equitable and inclusive. Allowing such divisive trends to fester into problems is not in anyone’s interests -- above all, not in India’s.