Congress must rise to the challenge 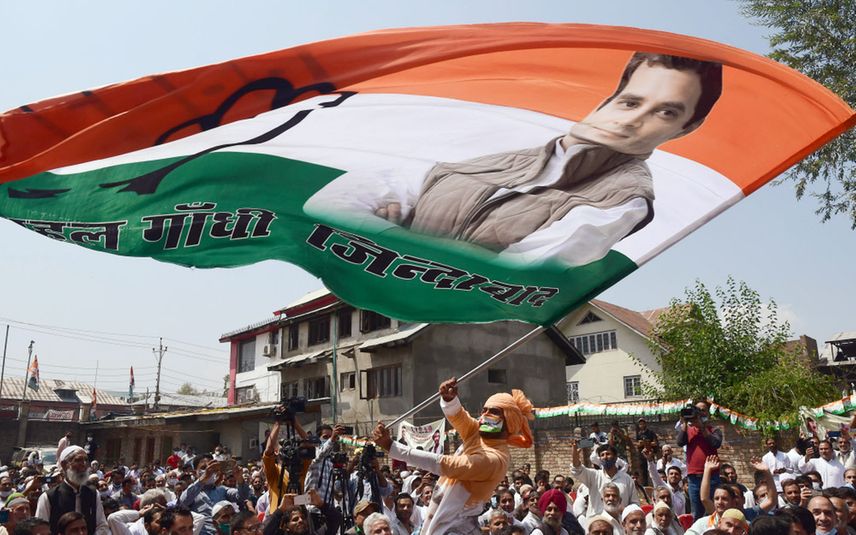 In the wake of the stunning electoral rout of the Congress Party in the recent state elections, the time has come to reaffirm the idea of India that the Congress has stood for and the positive agenda it offers the nation. As disillusionment mounts across the nation, it is clear that despite the BJP’s colossal failures of governance, the public wants to hear a positive message from the party. Don’t just attack Narendra Modi and the BJP, we are told; give us a narrative of your own.

First of all, I see no need to apologise for attacking Modi and the BJP: That’s what any responsible Opposition is supposed to do, and I reject the implication that in attacking the ruling party, negativism is all we offer. Our attacks are based on our own convictions about what is good and proper for the nation; they are not merely reactive, but emerge from a coherent idea of India and concern about the government’s straying from the desirable course. That, in turn, is shaped by the Congress’ decades of experience in understanding what the desirable course is for our society, and in formulating the policies that help our country follow that course.

The Congress’ core beliefs reflect the values it has embodied since the freedom struggle — in particular inclusive growth, social justice, abolition of poverty and the protection of the marginalised, including minorities, women, Dalits and Adivasis. These have been distorted and portrayed as pandering to vote-banks rather than as the sincere, indeed visceral, convictions they are. Congress has been speaking out for these sections of Indian society and we must do so with even more intensity.

The Congress is the political embodiment of India’s pluralism and a strong, committed voice for the preservation of secularism as its fundamental reflection. We need to reaffirm our belief in these values and keep reiterating them at every opportunity. The BJP’s abandonment of Indian pluralism in pursuit of the folly of a Hindu Rashtra has made minorities insecure and undermined one of India’s greatest assets.

Our differences from the BJP are stark. We seek to empower minorities, not marginalise them in ghettoes. We give election tickets to Muslim candidates; the BJP’s is the first government in independent India’s history to have no elected Muslim MP in the Lok Sabha. It failed to remedy this dubious distinction in its second term. The BJP’s supporters engineer anti-minority violence to promote polarisation; we seek to douse the flames, not justify the rage. We work to improve the economic status of all Indians including minorities, instead of pretending that’s irrelevant.

With that red herring out of the way, we can shift the terms of the debate to development. Where is sab ka saath sab ka vikas? Where is achhe din? We can point to what we accomplished in 10 years of UPA rule — MNREGA, RTI, RTE, food security, millions of new bank accounts with real money in them. The Congress is the party that liberalised the economy, but it also has a strong commitment to social justice. We want economic growth, but we must ensure that the fruits of growth reach the poor and the marginalised. As I’ve said in Parliament and repeated at the Congress’ AICC plenary in March 2018, the magic of the market will not appeal to those who cannot afford to enter the marketplace. We must lift the poor up so they can enjoy the full benefits of our economy. Garibi Hatao may now be dismissed as a clichéd slogan, but we are proud of our record in pulling millions out of poverty during our rule and remain committed to continuing the effort. India will not “shine” until it shines for all.

In urban India, the Congress must speak for the basic necessities that urban voters lack. We should speak to and lead the struggle for better public utilities like city transport, pothole-free roads, affordable housing, clean drinking water, decent education in government schools, adequate health care facilities, public parks, cleaner air and improved sanitation and effective waste management. We should use facts and figures to point out that the BJP’s performance in these basic challenges of urban governance has been woeful and that they do not deserve the votes of the urban public.

The needs of rural India represent an obvious political opportunity for the Congress: The mounting farmer suicides, the inadequate funding of the MNREGA, the lack of increase in Minimum Support Prices (MSPs) paid to farmers for vital crops, and the increase in distress migration in the countryside, represent easy targets for the Opposition. The Congress has many tried and tested policies in response: massive loan waivers, rural aid packages of minimum income, increased funding for MNREGA and higher MSPs. Critics can call it “welfarism”; we must wear the badge with pride. Our poor need welfare.

We must not allow the BJP to monopolise the nationalist narrative either. As the party with the most experience in safeguarding India’s national interests, the Congress must proudly articulate its own nationalism and remain vigilant on security and foreign policy issues that could be mishandled by the BJP government. Though our tradition is that political differences stop at the water’s edge and that foreign policy is India’s, not any one party’s, we must not allow the BJP to use its governmental position to be identified as the sole protector of Indian national pride, which we may define very differently.

The Congress party should not merely be seen as an instrument for fighting elections every five years. There is a great deal that it can and must do between elections, helping citizens in their interactions with the government, the police, and the unfeeling petty bureaucracy they have to confront daily. Help people get BPL cards, claim pensions, process paperwork. We have to return to the ethos of politics as social work for those who cannot help themselves.

The Congress must rejuvenate itself, bringing in fresh faces and young blood into its leadership at all levels — village, block, district and state as well as national. Young Indians must believe we understand their aspirations and can be trusted to promote them in government. Our ideology assures them we do. We should broadcast it proudly and aloud across the nation.

We also need to articulate a vision for the future that embraces the aspirations of India's majority - the young. A startling 40% of voters are under 35. They need to hear what we have done and can do for them. Our party has done a great deal of work in the areas of education and skill development, but not enough in job creation strategies. We need to evolve policies in this area to be implemented in the states we rule and to be advocated at the Centre. Young Indians must believe we understand their aspirations and can be trusted to promote them in government.

It would help if the party took steps to promote inner-party democracy and then rein in internal dissent. Open up the party to internal elections for its key positions, including membership of the CWC. Seek the views of a wide cross-section of party stalwarts, not just a favoured few. Allow, indeed encourage, the emergence of local, state and regional leaders, ratified by periodic votes of party members.

At the same time, we will have to explore pragmatic coalitions so as not to cede the anti-government space to regional parties alone, as talk increases around the country of a “Federal Front” to take on the BJP behemoth. It would damage us if a coalition of purely regional parties were to take over the visible and audible role of the main opposition to the BJP government. We are the largest national opposition party and must reach out to embrace them in our common efforts to resist unacceptable BJP policies.

These principles and practical suggestions are by no means an exhaustive list. But in my view they offer some pointers to the way forward for India’s oldest, most inclusive and most experienced party to restore its past glory. India needs it to. The Congress must rise to the challenge.