Shuttler P.V. Sindhu has to find her winning ways as Tokyo Olympics approaches 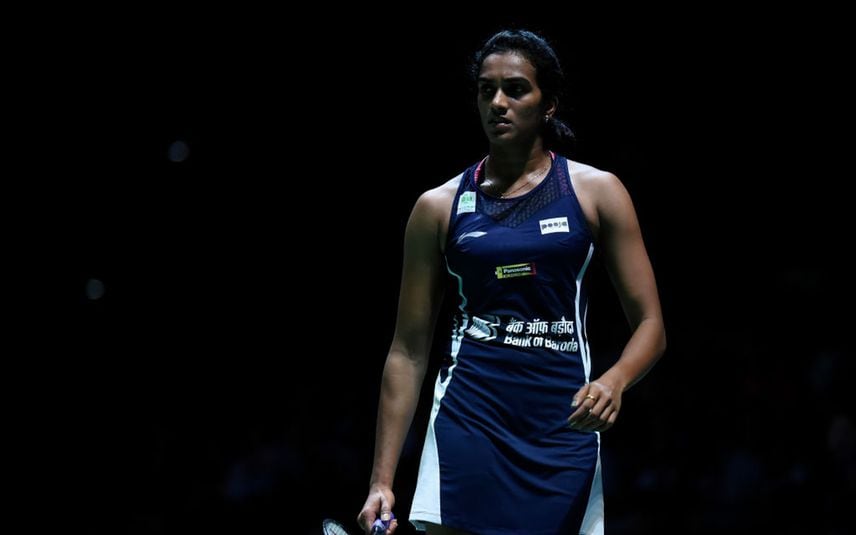 At the Rio Olympics in 2016, up and coming badminton star then P.V. Sindhu had raised hopes of emulating her senior colleague Saina Nehwal who had won a bronze four years earlier in London, if not do more. When the big Indian contingent, the biggest till date landed in the Brazilian city, Sindhu was on whom there was much focus. She would do it, seemed the refrain. Sure enough, she more than gladdened sports-lovers in India by reaching the singles final and in a hard fought match against her arch rival Carolina Marin of Spain after being a game up and swelling the hearts of her supporters with a touch of pride she lost out narrowly for the gold. Nonetheless, the silver medal was still the best by an Indian and at 21-year-old then, the gutsy effort revealed a new hope of a golden dawn before long!

By that young age itself, this Hyderabad girl had proved her worth in no uncertain manner. Her consistency in tournaments always stood out and rarely would she miss reaching the final. True she did not emerge winner in every final encounter. Still the big-match temperament girl's record in the world championship alone proves her stature- she has won two bronze medals (2013 and 2014), two silvers (2017 and 2018) before the gold medal in 2019. Thereafter perhaps came the lag.

The Tokyo Olympics got delayed in the wake of the raging pandemic. Much time was lost as also the rhythm of players, not badminton hopefuls alone, all of whom must have been timing their final assault, so to say in the glorious arena of the Olympics. A symptom of what that can mean perhaps is what Sindhu revealed in the agonising loss at the hands of Marin in the Swiss Open, another of those events catering to the players seeking to tighten their game in the run up to the rescheduled Olympics. It was not just the loss that was painful but the way the Spaniard devastated the Indian in straight games, all in 35 minutes. This is also the third straight loss to Marin for Sindhu and the latest could not have come at an even worse time. The Spaniard now has a 9-5 lead in the head-to-head count and that is a big stretch indeed and certainly not an inspiring score for Sindhu to contend with.

With the pandemic in full swing, Sindhu had flown off to England to ensure her fitness level never slacked but the Swiss event showed her in a depressing level, according to reports. The struggle in court movement was a clear give away that the Indian was far from her attacking best where Marin was all power, pace and precision. The prayer on every badminton lover's lips would be that this would be only a passing phase for Sindhu and that she would come back strongly. After all, it is her dream to ultimately pocket an Olympic gold and Tokyo 2021 is her best opportunity. As former national junior coach Sanjiv Sachdev observed, having seen her progress right from her younger days, Sindhu has the capability to bounce back. She has no worries on qualifying because she is ranked 7 in the world and with each nation allowed two entries per event from the top 16, she will easily make it to the main draw. The period ahead and tournaments too would in fact help her sharpen her skills with the India Open in May probably providing just the springboard to give her dream a flight!

Indeed, like in Rio where badminton had raised expectations of medals, Tokyo, despite all the unavoidable hassles of restrictions in place, could still be a happy hunting ground for the shuttlers. Aside from Sindhu, there is Kidambi Srikkanth, quarterfinalist in Rio and semi-finalist in the recent Swiss Open seeking to improve his position. Ranked 13th in the world, Srikanth has good chance of qualifying and then the rest as they say would entirely be through inspiration of the hallowed atmosphere of the Olympics. Then there is Sai Praneeth who is ranked three rungs below him and earnestly vying for a qualifying berth. Mention has also to be made of the Olympic bronze medallist Saina Nehwal, the initial torch bearer. That she is now lagging, is unexpected and at 19 in the ranking, this gritty lady has some task ahead to accomplish. But Saina could still make it to the event but what thereafter is the big question.

Expectations are high on the country's top flight pair of Satwiksairaj Rankireddy and Chirag Shetty. True the Swiss Open proved a touch disappointing because as second seeds they did not clear the last four stage but ranked 10th the duo should catch the eye, feels Sachdev. But as he put it, Rankireddy should decide where he would concentrate, in the men's doubles or in the mixed doubles with Ashwini. With the doubles pairs to be guided by another new member in the coaching panel, the Danish great Mathias Boe, former world number one (doubles) the days ahead should clear the picture on what lies ahead.

All said and done, despite the heavy odds this time, thanks to things going disarray in the Olympics preparations, Indian badminton could still be one key segment when it comes to winning medals. True a gold would have been the highest point of success in keeping with the progression the shuttlers had inspired over the years. Can Sindhu give that golden touch and make her dream come true?