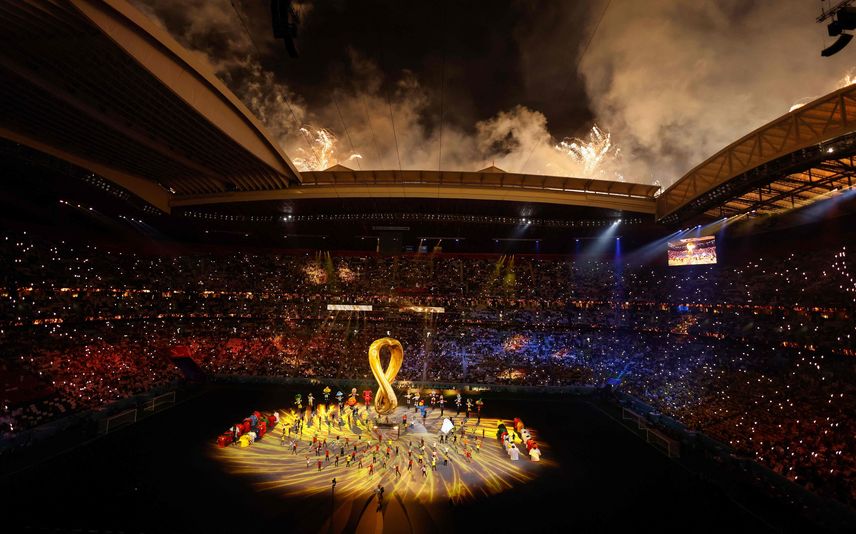 The World Cup in a way is also a world of dreams. Each of the 32 teams would dream of a grander finish than what they have achieved thus far. The players would dream of earning the limelight while doing the star turn. The diehard fans and cheering spectators too would have a dream, of seeing their heroes of their favourite teams raising to the next level. Not everything would get realised though but that is excitement, the very essence of such a high-intensity competition.

For Qatar, too as the host, there must have been dreams, not just to see this World Cup end up as one of the best held in history but also as a team to put up a performance matching the occasion. History has it that no host nation has lost its opening match in the competition. But unfortunately for Qatar, the start did not prove auspicious. The 12-year wait to prove a point in front of a massive gathering of cheering home supporters at the Al-Bayt stadium did not materialise as planned. Qatar breathed fire but Ecuador spoilt the party so to say to grab all the points and what is more give its campaign a solid start in this edition. Like Qatar, Ecuador has a dream of crossing the league phase and going further in the knock-out stage. Only once did it cross the hurdle in its three appearances earlier and that was back in 2006 in Germany.

Competition at this level as they say is all about spontaneity. Enner Valencia exhibited that in large measure. It's all well to play pleasingly, string passes and raise pressure but that one-half chance can always make the difference between good and excellent. Valencia’s opening-minute opportunism when a goal was scored and denied by VAR (Video Assistant Referee) proved his class. And he was to show why he is looked upon so highly in his team with his two-goal effort later, to become only the first player in history to score two goals in the opening game of the World Cup. In fact, Valencia could even have had a hat trick against his name if only that VAR had not come in the way! Indeed, an evening of spectacle, thanks to the rich opening ceremony, if anything was marred, at least for the huge section of Qatar supporters by this first match verdict. But then any learning exercise at times can come the hard way. It did for debutant Qatar but for better times ahead perhaps.

If the opener was anything to go by this edition will have plenty of action to unfold. What began as just a starter with the display of pluck and power in ample measure. But once bigger names, be it teams or players come into view things could be different, eye-catching to say the least. Surely in this setting, the much looked-forward-to performers would be the triumvirate of Lionel Messi, Cristiano Ronaldo and Neymar. Messi and Ronaldo in their mid-thirties now, have one last chance to prove to their adoring fans their legendary status. The Argentine is already a household name in India and in particular, Kerala and the big hope is that he would lead his country to the ultimate triumph to help him grab that one missing trophy and the biggest of all in his collection. Ronaldo too has a similar mission but his immediate interest would be to polish his image after the impact of his outpourings at Manchester United. Things have gone horribly wrong for him and to regain that winsome look and act would be his first objective. So, sitting back and enjoying would be his appeal to his fans. Equally positive would be Neymar on Brazil’s chances of ending a title drought.

But as each day passes in the World Cup, the one concern for the teams has to be player-fitness issues. Too many things have been happening to make the Coaches the most worried lot in Doha. Losing key personnel can be back-breaking and that is what ironically the French Coach Didier Deschamps seems to be facing. France is the defending champion and it is Deschamps's key concern that his country should put forward its best display to regain the status. But if the loss of Paul Pogba and N’ Golo Kante were bad enough, the latest to join the injury list and make things worse it appears is the Ballon D'or winner Karim Benzema. A thigh-muscle tear has brought all his dreams crashing down. He is the fifth player that France is set to lose. France is not the only country which is suffering. Senegal will not have the services of its all-time leading scorer Sadio Mane through a leg injury sustained while playing for Bayern Munich a couple of weeks ago. Another fancied team Belgium is set to lose Romelu Lukaku for early matches. There could be more such cases.

To take all these reverses in stride will be the norm for every team as D-day has come. Yet for all this none is going to give up easily. Every team has a dream or a goal, be it former champion Spain or last edition runner-up Croatia or the seasoned campaigners England and Germany. Everybody fancy their chances to reach the top even the African representatives Cameroon, Ghana, Senegal, Tunisia and Morocco. For a long have these wonderfully talented men from the dark continent thrilling football fans around the globe but with little luck when it came to approaching the title. Can Qatar paint a different picture for them? Well, things can begin to happen!