It is all happening in Europe, with Football and Cricket having led the way

Europe has shown the way to the new sporting culture - action in empty stadiums! 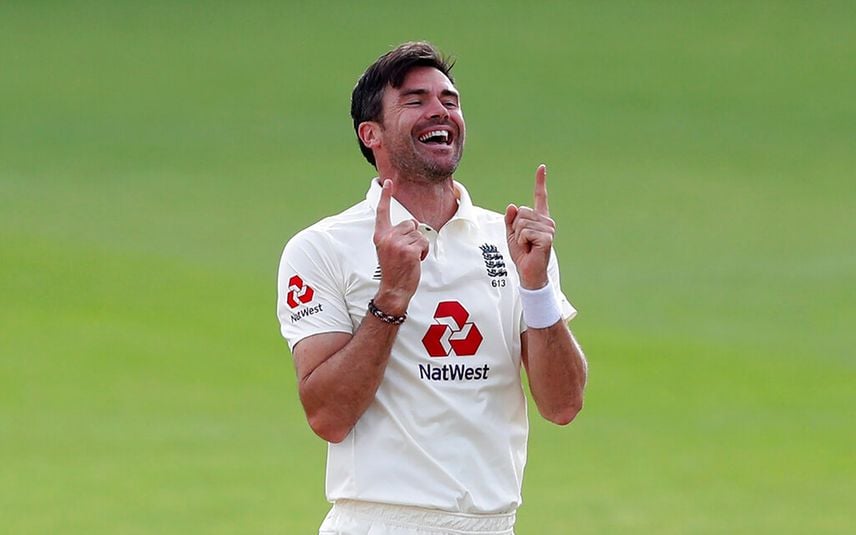 Europe was the first place which seemed in distress after the Covid-19 began its rampage. And yet it was also this continent which was the first to open the gates to sports earlier than others to unfold the delights that the fans had been thirsting for. The UEFA Champions league provided the footballing thrills that always had a special place in the sporting charter and of course cricket where milestones were reached in style by two pace bowlers from England in Test cricket.

True none of the fine moments were open to the fans as the arena was cut off from the public view in keeping with the present day norms. But none still missed the action thanks to the television coverage and so cheers and noise in the stadia may have been missed or transferred to the homes or enclosed viewing points but nothing stopped the performers from giving off their best.

Be it Kingsley Coman, the hero of Bayern Munich's win in the Champion league's final or Stuart Broad and James Anderson, the two English pacers who between them now account for over 1100 Test wickets after their wonderful milestone-touching bowling displays.

In Lisbon ,Portugal then the only thing that seemed amiss was the empty stadium but nobody is complaining. As every sportsperson would vouch, life was more important than anything else. Tennis greats of the day have repeatedly averred that they would rather skip a big event than take a risk. Still to expect the 22 players on the football field to hide this additional stress and play to their full potential needed some commitment and that final showcased this in plenty.

The edge-of-the-seat encounter had everything to delight any football connoisseur and on view were some of the best names in the sport. As always the focus was on the Brazlian great Neymar, considered the costliest footballer now, to guide Paris St Germain to title-triumph against the marauding Bayern Munich, the Bundelisga and DFB-Pokal champion. Then there was the French star Kylian Mbappe.

Everything in fact that had indicated that PSG's quest for success would come through. But this one man, just 24 years, Kingsley Coman, himself a Frenchman, did the impossible with a header that left Neymar and his colleagues in tears. Where PSG had hoped, it was Bayern which succeeded in making it a domestic and European treble- league, Cup and Champions league silverware. PSG thus became the number one club in Europe in what was considered one of the finest nights in football.

The world is bound to see and hear more of this young man Coman as bigger events come closer. A PSG youth academy product himself, Coman has had a remarkable run thus far, having won 20 major trophies and there are so many more to be won and he will. Coman is the modern day hero in the sport from Europe and who knows what highs he will scale but one thing his Coach Hansi Flick had invested in him is the faith of a player who could deliver. That he was brought into the eleven in such a key contest is the proof of how a risk was worth taking. Pity that this young man did not get the standing ovation that a hero should get with none in the stands, only the cameras being there to record his big moment!

A little away in England, there were heroic happenings in Test cricket. If Stuart Broad it was who started it with his 500th Test victim in the series against West Indies then his first-bowling colleague James Anderson rose to 600 Test-victims-status soon after in the subsequent series against Pakistan.

It was unbelievable that two pace bowlers of the same team earned all the focus, something that is rare in cricket. What is creditworthy was that in an age when Test cricket had seemingly lost the earlier following, thanks to the slam-bang version that is making the waves lately, these two hardworking bowlers were able to swing attention to Tests in such a decisive way.

Anderson had become the first pace bowler to reach the 600-Test-wicket mark, a remarkable achievement for somebody who has toiled for over 17 years to reach this landmark. Few fast bowlers would have been able to stretch their career to this level, considering the difficult art of pace bowling which takes so much toll on the body.

At 38 now, perhaps Anderson still retains a dream - of reaching the 700 mark. After all, at his age, there are sportspersons still flying high in their respective line of interest. Have we not seen Roger Federer still driving fear into any opponent across the tennis court? Why, our own M.S. Dhoni is doing everything to prove age is just a number. He may have retired from international cricket but the world of cricket knows and his colleagues in the Chennai Super Kings team know, Dhoni could still prove a point or two at the forthcoming IPL in the Emirates.

So it is all beginning to happen in the World of sports, something that seemed unthinkable just a few months back. Perhaps the door would open further in the days from now as sporting activities bounce back with vigour. Europe has shown the way to the new sporting culture - action in empty stadiums!