Ranked 109 in the FIFA list, India still has a long way to catch up with other Asian countries. But the hope is that with ISL now taking the top position, new talents would rise and help add muscle to the national side. 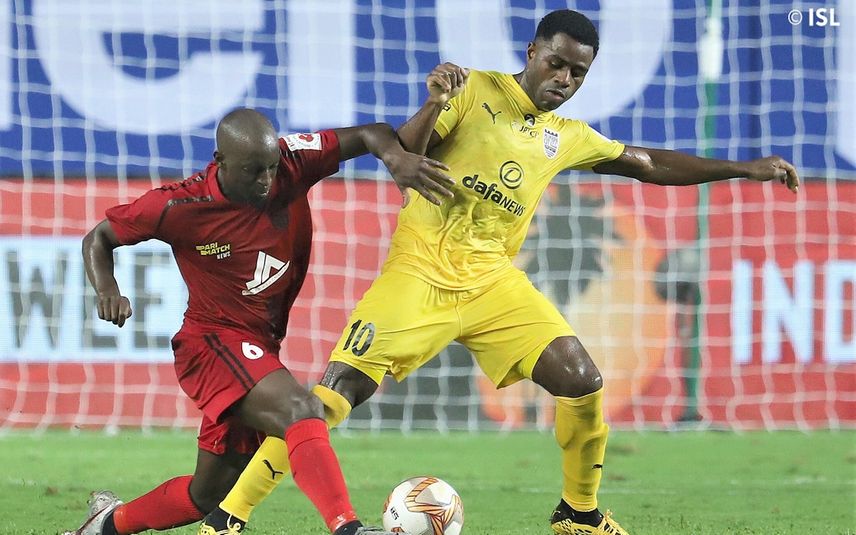 Back in the first week of October when Mr Praful Patel, the President of the All India Football Federation unveiled the governing body's new motto 'Indian Football. Forward Together', as a seeming first step towards restarting sporting activities when the country remained in the grip of the deadly pandemic, it would not have interested many.

But then the I-league qualifiers involving five teams were held in Kolkata soon after to give an indication that football can look forward! Further proof has now come in the form the Indian Super League. Football it can be said has overtaken Cricket in being the first sport in the country to have found a way to kick start activities on Indian soil in the midst of the pandemic. And that is saying something, considering the status of cricket in India and the all-round support, including money-power, the sport enjoys.

True, the BCCI has just now finished the conduct of the IPL and with smashing success setting new highs in viewerships and more, but the fact remains the event was not held in India but outsourced to the Emirates Cricket Board to organise. Now it may be asked when the event anyway had to be played in empty stadia, then how would the venue be of any significance because it was 'viewership' that mattered. More importantly cricket-activity had been given a start.

ISL that way would also be a sporting programme that would this time be fully about watching action on television and to that extent it would be television 'viewership' that would matter. Already the social media has given ISL a big boost. According to a study, ISL has been ranked fourth biggest football league on Instagram, only behind the likes of Premier League, La Liga and Bundesliga! Even the highly rated Serie A with an accomplished star like Cristiano Ronaldo, among others involved, is behind.

Setting all that aside, it is a challenge in organising such a big programme, involving 11 teams over a period of close to four months with all parameters in place as per the new norms brought in the wake of the pandemic. The I-league qualifiers were a sample test and football was the winner there in Kolkata with arrangements in sync with the required Bio-safe environment. Now the focus will be on Goa and the three three venues.

In all 115 matches are to be gone through and the kind of responsibility, not to speak of the pressure the players have to undergo, can be imagined. The shorter duration IPL itself showed the struggle of keeping the bio-bubble safe until the end. As the BCCI boss and India former Cricket Captain, Sourav Ganguly admitted, as reported in a leading sports magazine, the success of the ISL would go a long way in driving away the fear-factor in the conduct of big events in India.

Himself being a co-owner of a team (ATK Mohun Bagan), Ganguly's interest is all the more understandable. Besides, his concern is also of cricket's domestic season, which is set to roll out in January. The ISL 's success would just be the inspiration needed, not just for cricket but other sports too.

Meanwhile a word of commendation has to go to the Football Sports Development Limited, which runs the ISL for the brave step. As Ms Nita Ambani, the Chairperson of FSDL put it, it was a combination of courage, determination and hard planning that had made this latest edition a reality. Undoubtedly the effort has ensured a major sporting activity in these difficult times when most sportspersons in other disciplines have been at best struck with the mundane phase of training and fitness exercises.

Just as well also that the ISL, the country's number one league now, has rolled out its latest edition with two new teams, the glamour outfits from Kolkata, (ATK) Mohun Bagan and (SC) East Bengal. To a football fanatic the sport's picture is never complete without these two long standing giants of the game. On paper then the settings are perfect, barring the none-too-happy condition of keeping the spectators off. Football without an overflowing crowd seems so unthinkable!.

The ISL itself when it was launched back in 2014 was such a big draw. Both in Bengal and Kerala, the football-lovers gave it a big thumbs up, thronging the stadium to express their joy and enjoy the action. The promise of good football coming to India seemed to stick with some marquee names of the sport featuring in the action.

We have had players like Alessandro Del Piero, Luis Garcia, David Trezeguet and David James among others to start with. Then came players like Nicholas Anelka, Roberto Carlos, Diego Forlan, Malouda to enrich the event. It did not matter that most of these renowned players were past their best. Their presence was enough to light up the competition.There have been big names in the Coaching sphere too like Zico, Materazzi, Gianluca Zambrotta, Steve Coppell and David Platt. The organisers too wanted it that way for nothing else can advertise a new event better and then again the inherent belief was that all this would help shore up Indian football standards.

Ranked 109 in the FIFA list, India still has a long way to catch up with other Asian countries. The past glory of being the best in Asia still remains India's best moments in the sport. But the hope is that with ISL now taking the top position, new talents would rise and help add muscle to the national side. One of the highpoints of IPL it is said is the way it throws up new and exciting talents crying to get recognised at the national level. Can ISL provide a similar scenario? The answer to that will provide the key to the future of Indian football.