A cricket future that is in safe and able hands 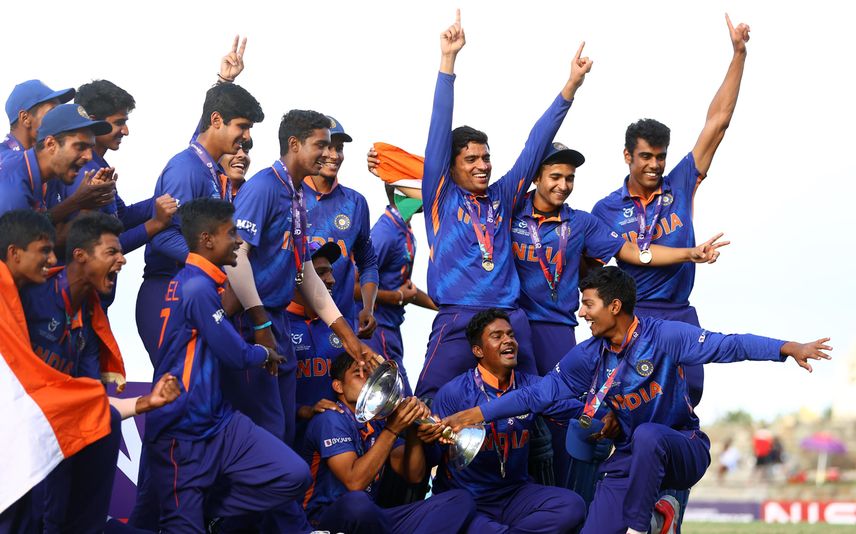 Ever since the Indian U-19 boys tasted success and brought the country yet another title in the world championship, its fifth overall, and there has been a buzz in cricket circles. The sight of an ever-growing pool of talent is always something to behold. The success once again reflected the healthy state of this sport in the country, and not surprisingly even Prime Minister Narendra Modi acknowledged this when in his congratulatory message to the young heroes, he said, the future of Indian cricket was in safe and able hands. It is doubtful if any other sport barring perhaps to some extent chess in the country could display this level of competition for excellence. So much so that there is always a churn going on in national teams with almost every player only too keen to keep performing for fear of losing out. Just one slip is enough for the pressure to mount. Such is the availability of replacement talent for each spot. A prime example of how the cookie crumbles are the experience of poor Wridhiman Saha. The ageing but still agile wicket-keeper-batter of some standing Saha will know how painful it is to know that he was to be overlooked despite being still adept at what he does. It is a different matter that things developed into a controversy, but the essence of Saha's experience is that the odds are high in the face of a load of available talent.

The success of the U-19 boys could not have come at a more opportune time for the IPL auctions were getting ready, and here were the heroes ready to get snapped up. How overnight some of these yet to turn 20 players like Rajvardhan Hangargekar, Raj Bawa and Skipper Yash Dhull turned into lakhpathis and crorepatis is something unimaginable but Indian cricket has shown the way. Indeed one can dare to say now that if a child develops an interest in the game from an early age and shows the kind of attitude and yearning to rise then studies need not be a factor to be serious about! Time was when parents would not want their children to prioritise sports (read cricket) at the cost of studies. True professional degrees and specialisations are key to a secure future, career-wise. But that belief can be worked around a bit with the way cricket is proving a way of life in India. There is any number of successful cricketers who may not have risen much in academics but they too have settled down in life which even the best of education would perhaps not guarantee them. The reason for all this of course is the abundant opportunities that cricket is providing these days and the value system that the IPL auctions have put in place enabling a player to know his worth.

Where at one time success in the sport was related to gaining an entry into Test match cricket team not to mention Ranji success, today the sport has evolved giving rise to opportunities galore for budding cricketers of all hues. There are the limited over versions that have added glamour like the 50-over ODI and the T20 and not to forget the IPL which has gained in strength and pomp ever since its launch in 2007 soon after India's success in the inaugural T20 world championship. A good cricketer, one committed and ready for innovations almost invariably catches the eye of the discerning and the rest is history as they say. Take the case of the new sensation of T20 cricket, Venkatesh Iyer. A modest fellow from a humble Iyer family in Madhya Pradesh, Venkatesh was in line to complete his CA after success in B. Com but cricket remained his first love. A good job with Deloitte with a base in Bangalore did not move him but a single-minded desire to prove his worth in cricket pushed him on. The Vijay Hazare tournament brought him to the limelight when he went on to beat a List A cricket record of Australian David Warner with a sensational 198 off 146 balls. Kolkata Knight Riders then picked him up and his career had taken the upcurve. Soon came the national call! There are many such stories and there will be more as new talents muscle their way in with nothing but the merit of their immense talent.

Yet like every rosy setting, there can be a thorny stretch, a downside one may say! Success is fine and fame can be tantalising but where the catch is in handling them with a touch of equipoise. Sudden importance, visibility and the riches garnered can be tricky. There have been sportspersons who have lost their way by this distraction never to regain their stance. Cricket is no exemption. That is where someone like Sachin Tendulkar was such an exemption and now we can place M.S. Dhoni too in that bracket. Feet firmly on the earth and going about their business with all humility have been the greatest plus points of these two stalwarts. No surprise then that they continue to be iconic personalities despite moving away from the competition arena! It is never easy and that is why there is one view that young cricketers even as they take their first step in their professional career, could do well with a touch of counselling inputs. It may not be long before this becomes a subject matter for serious consideration. For, young minds need to be safeguarded to ensure their talent continues to flower, contribute and enrich the sport. And sure it will.