On a final day pitch with enough wear and tear for bowlers of the quality that Australia possessed to fully exploit, the Indian showed the grit to defy the odds. 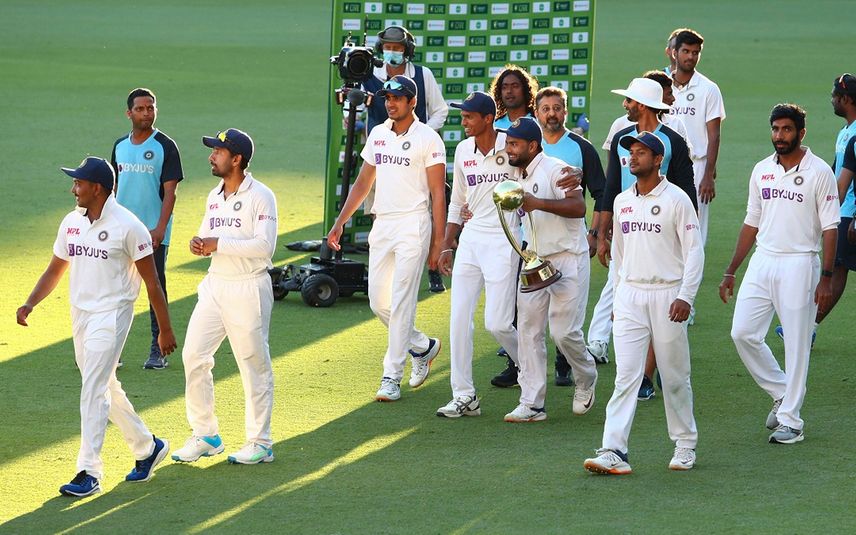 Indian players celebrate after defeating Australia by three wickets on the final day of the fourth cricket test match at the Gabba, Brisbane in Australia on Tuesday. India won the four test series 2-1. Photo: PTI

Incredible may be a mild term to describe the grandstand finish that India achieved in Brisbane! Even a diehard pessimist would have been shaken into disbelief at what unfolded with India winning the Test and what is more the series (2-1) and of course retaining the Border-Gavaskar trophy in style.

On a final day pitch with enough wear and tear for bowlers of the quality that Australia possessed to fully exploit, the Indian showed the grit to defy the odds. A win for Australia seemed realistic, a draw by India looked plausible but a win seemed more in the domain of a wild dream for the visitors. In the end Rishab Pant, known for his big-hitting style that many had associated with his success in limited overs games, came to the fore to finish off in a ODI or T20 style! Pant had earlier laid the path for a draw in Sydney and here he went further to grab victory for India. Sensational effort.

Rich performance, high resilience and a strong self-belief overall. These qualities have characterised the Indian cricket show in the New Year thus far. Whoever thought that a team which collapses to 36, its lowest in Test history would rise like a phoenix to script new tales of bravado never heard of before. Indian cricketers did just that in Australia, rose to win a Test, set the four-Test series on par and then exhibited the kind of steely resolve to draw the next by the skin of their teeth. Indian cricket has over the years witnessed fascinating moments of excellence in batting and bowling but what happened in Sydney in the Third Test simply demanded a special place in the history of Indian cricket. It was akin to a building on the verge of a collapse getting saved from the crash by the diligent and determined effort of architects of every kind! 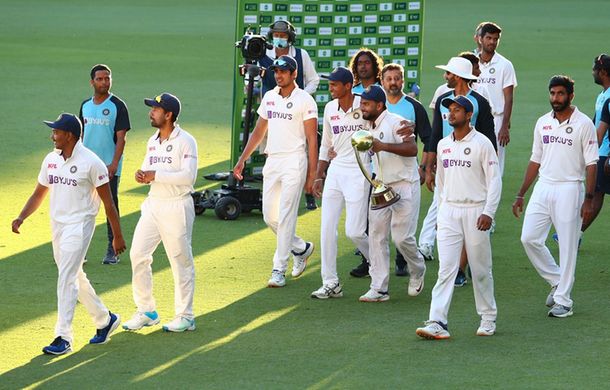 In Sydney Hanuma Vihari and Ravichandran Ashwin were the architects who took upon their shoulder the huge burden of saving the blushes, salvaging the situation after more than half of the side had departed. The portends had looked bleak but battered and bruised they were, the two still clung on like soldiers true to their salt and ensured the match ended in a draw. Even if in the end, both these players had joined the long list of injured players to make Indian resistance thinner for the next Test, they had done their job commendably!

Indeed, what Vihari and Ashwin displayed seemed in a way an extension of the new found characteristic that the team had gained through the influence of none other than the stand-in skipper Ajinkya Rahane, the man with a cool and composed head. He was the one with an inspiring century who helped India earlier to victory that levelled the series and from there, notwithstanding the time to time injuries to key players, there was never a question of the team giving in to pressure. The Brisbane Test proved just that.

As seemed the trend, Australia began strongly in a venue where the home team had always done well but that initial position of strength was gradually and systematically cut short by two new heroic acts. This time around it was debutant Washington Sundar and one-Test old Shardul Thakur who were to flex their muscle with a kind of disciplined batting that had experts searching for parallels. A record partnership for the seventh wicket evened out the contest for a heightened climax! 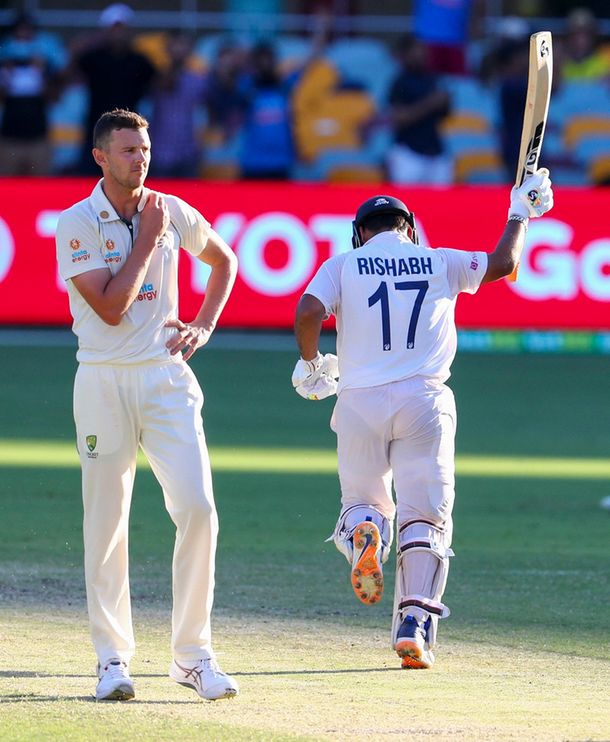 This was a Test where several of India's established and reputed players were nursing injuries and the arena opened up, so to say, for the newcomers. None disappointed really, rather the Indians raised unbelievable moments of ecstasy. Sad that only a paltry crowd of Indian supporters could be there, thanks to the prevailing pandemic, but as Television shots showed, the sense of pride was perceptible on every face not just that of the players.

If there is anything that this Series has thrown up it has to be the heart-warming realisation that India continues to produce some high quality talents. Perhaps it has to do with the domestic structure and more importantly the glamour-attached IPL which has opened up dreams for many a young lad taking to the sport.

Perhaps once such young man has to be the new sensation Mohammed Azharuddeen who has just shot into limelight from Kerala, thanks to his one-match (so far) exploits in the ongoing Syed Mushtaq limited overs tournament. There have been some who had foreseen this from him for long but for somebody to score a 37-ball century and that too against a quality Mumbai attack, surely he had to not just have resolve of steel but also batting ability that is way above normal. 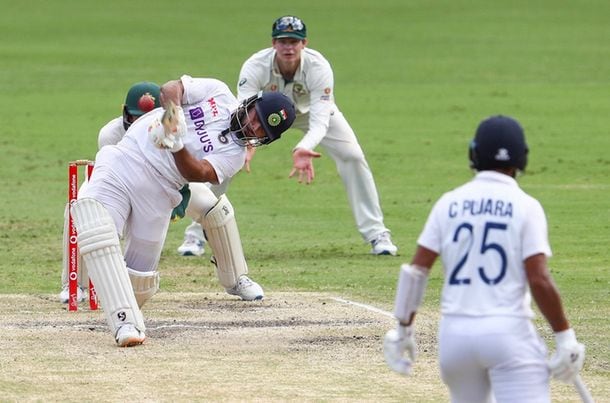 It is more like the way Washington Sundar displayed in Brisbane. Sundar had come to cricket as a batsman and then strengthened his off spin bowling. Like Ashwin earlier he showed the other side of his ability and the grit to soak in the high-pressure situation to play like a veteran. Azharuddeen that way has still some distance to go but then there is no taking away the merit of his effort, the third fastest century T20 century. The earlier two, Rishab Pant and Rohit Sharma are now stars in Indian cricket. Azharuddeen's dreams could begin! Who knows the IPL could be his first big step, like his senior colleague Sanju Samson earlier.