African Cup of Nations showcases the continent's passion for football 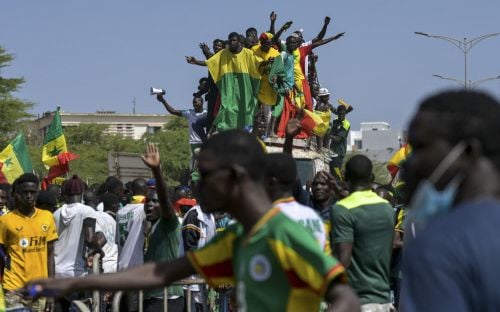 They call it the dark continent for some reason. But Africa truly is a gold mine when it comes to football talent. The football world has been a witness to this and continues to be a witness to more exhilarating stuff from this land of 54 countries. Talk of natural players, and it is doubtful if any sportsperson in the world could have given as much delight to watch as the gifted talents of this African descent. Experienced journalists who get to cover major international sports programmes like the Olympics and World championships often confess their inability to truly do justice in their dispatches of great performances like that of Carl Lewis and Usain Bolt, among others, because such is the perfection they bring to the art of running! Millions the world over have watched with wonder the exploits of these two great athletes and the success they had garnered from time to time. Not just their god-given chiselled frames but the correctness in their limb movements that generate that speed and dash are something few humans can enact with panache.

Imagine a group of such similar gifted talents play with a football and dazzle the yearning public! That in a nutshell is the story of African football. Such thoughts come to mind when one reads about the recent conduct of the African Cup of Nations (AFCON), a prestigious event that featured 24 countries in the continent, in over five cities in Cameroon. What was striking about this championship is that most of the around 500 players, including 26 of them who play for the top three, in the various European leagues including the leading ones, returned to their native country to exhibit their skills, honed and refined. What curiously gathered interest as the month-long event gained momentum was the rise of Egypt and Senegal. Two leading iconic names in these two teams were Mohamed Salah and the latter's Sadio Mane, both considered the most valuable players (in terms of market value) from the continent in Europe. Both play for Liverpool but here they were rivals, each vying for honours. While Salah was keen to get Egypt to its eighth title, Mane was eager to earn Senegal's first! We know where success finally went and what is more Mane deciding the maiden honour with his final penalty kick after 120 minutes of play had left the contest goalless. It was one of those rare moments that Africans were waiting for and how it happened!

It is one of those ironies of African football that Senegal, which has over 60 players active in various European leagues, had so many setbacks over the years in its pursuit of a name in the continent. It played in only two FIFA world cup final rounds, the last in 2018 when it exited in the first round itself. However, in 2002 the country had made the quarterfinal before Turkey edged it out. Then again the wait for a title win in the AFCON had been so long. And finally, when it came there was this additional joy that its player-turned Coach Aliou Cisse, who had taken the country to the 2002 final of this event could finally taste success as a Coach. It was a case of self-belief turning true finally. A team with nine players who play in the top three clubs in the Major league, had in it to deliver but then will the pressure be overwhelming was the worry. But the favourites finally shed that diffidence and emerged deserving African champions.

For a nation struggling as it were with political unrest, economic slowdown and the effects of the pandemic, a victory like this, as one writer put it, “offers a sense of hope.” Football in any case is like opium for the people in this country. As it is in Brazil, it is apparently in Senegal with beaches filled with football games so to say. The passion for the sport is everywhere to be seen and conversations often revolve around this popular sport. Now, this is bound to heighten with the latest success, something the country had long waited for. What is interesting is that Senegal will once again be battling Egypt when they meet for the World Cup qualification soon. With a fresh mind and loads of inspiration, it could be a different ball game, one where Senegal could just help itself revisit the world soccer's famed ambience after its last outing in 2018.

Finally, there has to be a word of praise for Cameroon in ensuring the conduct of this postponed event without a hiccup. It was not easy, not just because of the pandemic. It must be noted only 11 per cent of the people in Africa have thus far received vaccination and that was not good news when an event of this magnitude with fans ready to give anything to be there in the stadium to see their heroes. Then there was this limitless enthusiasm. And an unfortunate thing happened in Yaounde. A stampede outside the Olembe stadium following an unexpected surge, before the Cameroon-Comoros match, left eight people dead and several injured. Gloom set in but yes the organisers did not curtail action, the match went on and the championship galloped on to succeed. That in a way also answered the critics who had for long not just belittled the event but raised health concerns of Europe-based African players taking part in these pandemic times! When it comes to football in Africa, nothing is insurmountable, not even a tragedy!

Football is always a sport that evokes rousing ...