It is difficult to recall a sporting great triggering as much emotion, grief and disbelief as the news of the passing away of Shane Warne, the legendary spinner from Australia did the other day. Just 52 and very much active in the cricket world as a commentator and mentor he slipped away into history all on a sudden. What was striking was the timing of his death. Only hours earlier, another cricketing great from Australia _ Rodney Marsh_ had passed away and Warne had posted a touching condolence message in the social media of his senior and another inspirer to a generation of cricketing enthusiasts. And then came the news of his own departure from this world! The cricketing world shook. The instant flood of emotions spoke of the man, the greatness of the cricketer and the extent to which this magician with the ball had captured the imagination of cricket lovers the world over.

Undoubtedly it has to be considered as an end of an era in the art of spin bowling for be it in the number of wickets taken ( he had taken 708 Test wickets overall) or in setting up victories for his Australian team, Warne's effectiveness was there for all to see. May be opinions would differ on whether he was the greatest leg spinner. When Warne was at the peak of his career, the West Indian great Gary Sobers known for his batsmanship still considered the Indian Subhash Gupte a much more accomplished leg spinner. He admitted Warne was great but Gupte was a notch better. Perhaps it was because he had confronted Gupte during the 1958-59 Test series in India that made Sober make this comment. But there was no question Warne excelled in an art that was an inspiration to many a budding bowler in the world. What is more, he as also the Sri Lankan wizard Muttiah Muralitharan are the top two Test wicket takers in the world underlined the place of spin vis a vis pace bowling. If the West Indies had once upon a time terrorised cricketing opponents with their famed battery of pace bowlers, then this duo showed as time went by how spin could also force decisive turns to cricketing fortunes.

Yet for all this what made Warne someone special? Perhaps his genius or his bubbling energy on the field or his plain approach to the game. When Wisden went on to decide on the top five cricketers of the 20th century, the 100 experts who were approached picked Warne was one of them (our own Sachin Tendulkar too was part of this list of five) and the Australian then was only half way through his Test career! Thus he had already been given a place among the pantheons when there was much more still to come from him. That was the impact he had created with the ball. Many talk of the way he clean bowled Mike Gatting with a leg spinner in the Ashes series in England in 1993 that saw the ball come in sharply from wide of the leg stump to take the bails off the off stump! That special from Warne was acknowledged later as the 'Ball of the century'. Warne came up with many such eyeball catching moments snaring batsmen with his mesmerizing bowling except perhaps in India, acknowledged as the land of spin, thanks to the kind of stalwarts that the country produced over the years. Nothing caught the imagination of the cricket lovers more than a clash between Warne and Tendulkar. Invariably the Indian maestro came out with flying colours. Rivalry fine, but both were great friends off the cricket field. 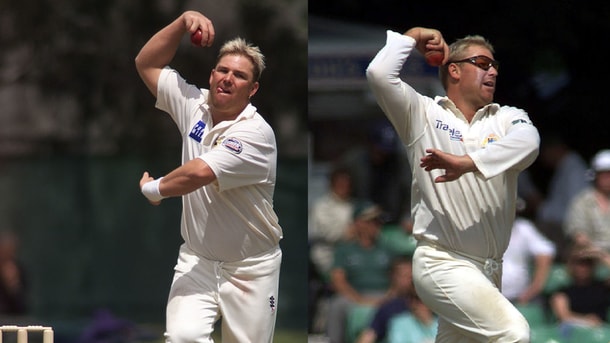 Indians adored him perhaps because he could never be a source of disappointment for the home team. His class acts were few and far between in India but his presence was always something to look forward to. Indeed against India Warne never had a flattering experience. Warne's Test debut was against India in 1992 and even there he hardly made an impact and looked in danger of going out of the team before he came on to his own against Sri Lanka later in the year. The journey started there. Years later when he had done with his career for Australia, the great man decided to come to India to feature in the IPL. That brought him closer to the Indian fans for his role in Rajasthan Royals. Not just that in the inaugural year (2008) itself, as the coach and captain helped the side to win the title beating the tournament favourite then Chennai Super Kings. That gave an insight into his captaincy skills. For four seasons he had served this team and there were many players who benefitted from his sharp eyes and clear-cut advices. Kerala's Sanju Samson, who went on to take over captaincy will vouch for that. The current top player in the Indian team, Ravindra Jadeja is another who owes much to Warne's influence in his growing years as a cricketer. Jadeja was in the Royals' team, just out of the U-19 India side then. There would be many more like that. That was the impact Warne had made.

The great man has gone but his spinning deeds will remain an everlasting memory. The legend will be remembered for reviving interest in what seemed a languishing art of leg spin bowling. Opinions may be divided on whether he is the best that cricket has seen but there should be no doubt that Warne can be counted among the greatest spin bowlers in the history of the game.

Warne was watching cricket, had not been drinking: Manager

A look at Shane Warne's legacy through statistics