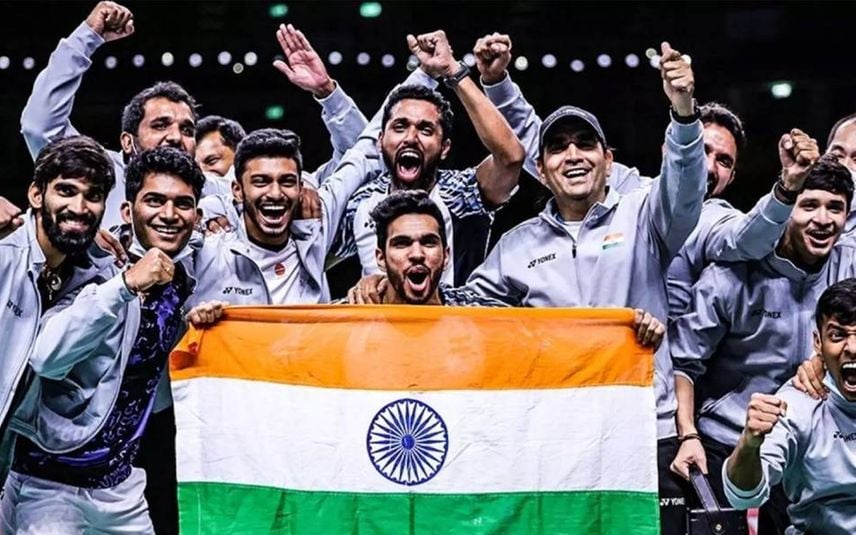 Back in 1983, when India won the ODI world cup, there was a never seen euphoria in the country. India’s maiden success in this shorter version of cricket was not just unexpected but unbelievable that Kapil’s Devils, as the team came to be known had scripted a golden chapter in India’s cricketing history. Almost similar was what happened the other day when Indian men shuttlers lifted the coveted Thomas Cup for the first time in the event’s 73-year history. It was in many ways, a culmination of the brilliant performances that had been the norm of Indian badminton players in recent times and a confirmation perhaps of India’s exalted status in this sport at the international level. Indeed, joining the exclusive club of powerhouses like Indonesia, China, Malaysia, Japan and Denmark is, simply put, an astonishing achievement.

Like the cricket victory in 1983 when the Indians pitted against the mighty West Indies, not to speak of Australia and England, could surmount all odds to enact a dream finish, it was no less with regard to shuttlers at Bangkok. All the leading teams were in the fray and here was India getting past Malaysia in the quarterfinal for the first big stride and then edging out Denmark next for another stunner before the class action against the 14-time winner Indonesia by a 3-0 margin in the title match. Self-belief and a single-minded drive saw them take a role that brooked no opposition. Words and words had been poured out on how each player _Lakshya Sen, H S. Prannoy, Kidambi Srikanth and of course the doubles pair of Satwiksairaj RankiReddy and Chirag Shetty _ met the challenge but there is no taking away from the fact it was, in the end, a team effort that has made every Indian sit up in admiration and a sense of pride. 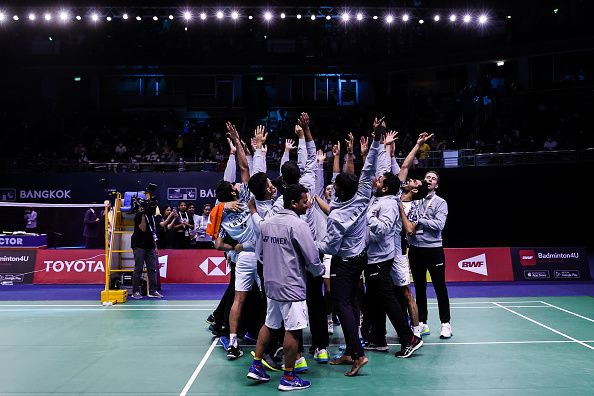 One key factor in any success story in sports has to be an inspiration.What better inspiration can an aspiring performer yearn for than from the achievers themselves. Indian badminton’s greatest advantage has been this. First Prakash Padukone and then Pullela Gopichand have been stellar players in their days and come up with outstanding personal success stories. Both as we all know have been All England Champions in their time, an index to a great player. As for Prakash, the first to gain notice as a world-class performer, it was a story of sacrifice through and through. The urge to develop his talent made him shift base to Europe in his growing days because he realised India did not at that time provide him with the right settings to take off. Playing against some of the best Europeans he honed his skill and together with that was the back-breaking training. He came out enriched and in 1980 All England's success was the reward or the passport to world-level attention. Gopichand on the other hand was a keen observer and a serious student of the game even as a player. Often, he had his way to work on his goals. Hard work preceded his rise and the steady progress culminated in his courting success at the all England in 2001.

The commonness of the two giants of Indian badminton did not end there. The two knew what they had gone through in their playing days and wishing the future talents to have better times, decided to give back to the game that made them in the first place. Prakash was the first to start his Academy in Bangalore and Gopi’s came much later in Hyderabad. Their influence began and it can be said now the fruits of their labour have begun to show to script unprecedented happenings that the new millennium has been witnessing in Indian badminton. First was Sania Nehwal who heralded the new path with her success in the London Olympics in 2012. The bronze medal she won was the first by an Indian then. Four years later speedily improving P.V. Sindhu, daughter of sporting parents P.V. Ramanan and Vijaya, both national-level volleyballers in their time, went one step further with a silver medal four years later in the Rio Games, followed by a bronze in the last Olympics in Tokyo. What is more, Sindhu is still the only Indian to have grabbed the world champion tag with her grand show in Basel in 2019. Prior to that, she had been making waves, right from her junior days. Indeed, both Sindhu and Saina were the picks of Indian badminton for some time with the former a world champion and the latter rising to the number one spot in BWF rankings.

The happy tidings set by the women as it happened now have been carried on by the men in style. Slow and steady have been their progress on the international plane. Srikanth was once the world's number one in rankings and then Lakshya came on his own to create the splashes. Most noticeable was his near-win at the All England this year after entering the final and seemed ready to emulate his mentor Padukone’s deed. Nonetheless, he had announced his arrival and it was his never say die attitude that went a long way in that final against Indonesia. His comeback win in the first singles set the tone and the rest, as they say, was history. India had achieved a milestone.

With growing success comes expectations. That’s why badminton in the country will now have an extra focus. From individual success to a collective one is a big jump and the lookout has to be for more such sterling shows ahead. The need of the hour now is to build on the gains and in this context, it is heartening that the Badminton Association of India has set in process a plan for a country-wide drive to spot talents.