Nobody would have believed this turn around would have been possible. Again statistics said that whenever Rahane scored a century, India had won that match. 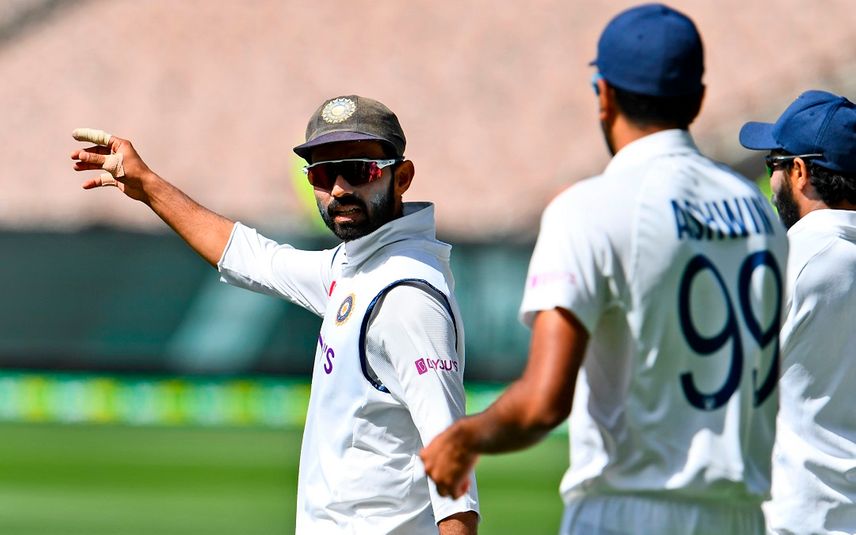 Talk of inspiration in these beleaguered sporting times and one need hardly look beyond cricket for this. The ongoing away Australia-India Test series has come in handy. Just days before the New Year Indian cricket had touched a nadir in Test performances by getting bowled out for 36, its lowest ever score in 88 years of Test cricket. There was gloom all round in keeping with the forlorn mood in the sporting fraternity in general. That show, critics were perhaps unanimous, was expected to devastate the cricketers' morale and a no-hope case scenario had already begun to be painted.

Understandable, for in 1974 in England when the last time India faced such a situation, getting skittled out for 42, which had remained the lowest point till now, the team crashed by an innings in the very next Test unable to get over the hangover of the earlier calamity. Is history getting ready to repeat itself was the fear on the minds of every ardent fan and cricket is such a widely followed sport in the country. More so with star player and original captain Virat Kohli leaving for home in readiness to become a father and a debilitating injury sending key bowler, the pacer Mohammed Shami (forearm fracture) out of the series. Portends had looked bleak.

That's when the dramatic change over came about surprising all. They say the Melbourne Cricket Ground has been a happy hunting venue for the Indians. In the past India had pulled off some grand wins here and perhaps that was the only consolation or ray of hope as the present squad got ready for what critics had ordained would be a slaughter.

What many had not comprehended till then was the ability of this unassuming and calm person going by the name of Ajinkya Rahane, the step-in captain. As it happened he was to provide the Midas touch not only with his great reading of the game and translating it into his captaincy but also later providing an exhibition of class batsmanship with a century to boot.

Rahane that way was every bit a leader who meant business. His astute field-placements and bowling changes told on the Australian batting which never got going. Restricting the Aussies was a big task achieved. Next was consolidating the gains with a reply that would leave the home team trailing by a long way.

Rahane was there to lead by example. Inspired by him was Jadeja. Suffice to state, roles reversed, Australia fell back and India took the driver's seat. The rest now is history, a handsome win in the second Test to square the four-Test series.

Nobody would have believed this turn around would have been possible. Again statistics said that whenever Rahane scored a century, India had won that match. Statistics proved true and that way the new skipper is now in the elite company of two stalwarts who have done it in the past __Gundappa Viswanath and Sourav Ganguly! But then the test in the current series has only begun for the Mumbaikar.

If it was the pressure of losing that had loomed large earlier and confronted with success then it has to be the pressure of winning that he and his teammates will have to deal with now in the remainder of the series. In this context, the positive for India to draw on has been the rise of Jadeja as an all-rounder, the surfacing of a new fast bowling talent Mohammed Siraj and the maturity of batsman Shubhman Gill in the main. Not to be forgotten is the way spinner Ravichandran Ashwin could parade his wiles. With a captain ready to provide him all the cover, Ashwin showed why he can be such a tricky customer in world cricket. Add to all that is the availability of the hit-man Rohit Sharma, already named the Vice-Captain.

Suffice to state, the smile is back on the faces of the Indian cricketers despite the struggle they have been going through not only on the field but coping with the bubble fatigue. The stringent restrictions can stifle the players' morale but just as well that the Indians have been able to face up to the unusual demands without reflecting anything negative on the field. In fact, the way things are what the current Australian tour has indicated is the rich talent availability in Indian cricket.

Replacements for stand-in players seem to be readily there. Why, we now even have a captain who could be just as outstanding as Virat Kohli. Rehane has proved his mettle and that is a boon for Indian cricket. Imagine then a team with both of them playing, well India could in all probability be one formidable side to fear. Talk of hope and aspirations and Indian cricket can provide enough to pep up sporting moments in other disciplines as well. Indeed 2021 has just ushered in and who knows there would be any number of heroic stories on the anvil not just in cricket.

We must not forget, the postponed Olympics in Tokyo will be there in the year among the very many other key programmes. Let the good trend continue, that would be the prayer on the lips of every sports person in the country.